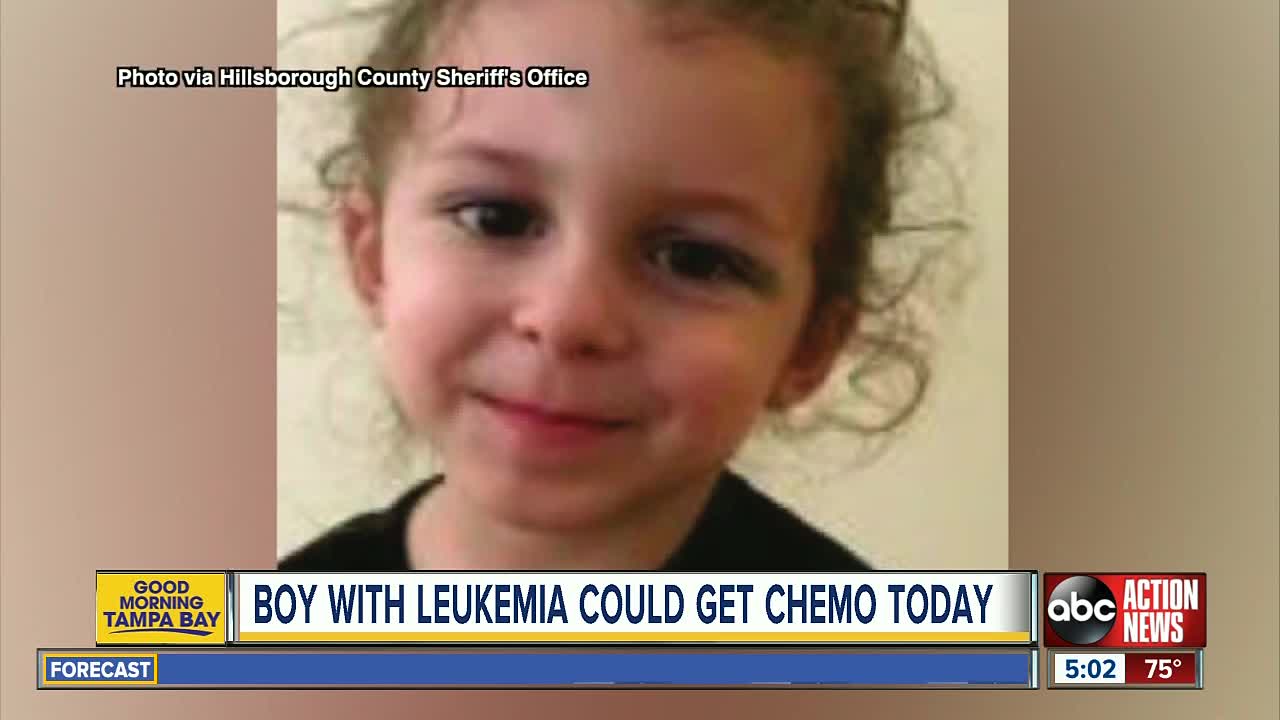 The parents of a child at the center of a story that’s grabbed national attention no longer have a say over whether he will receive chemotherapy. https://wfts.tv/2VoVi4r 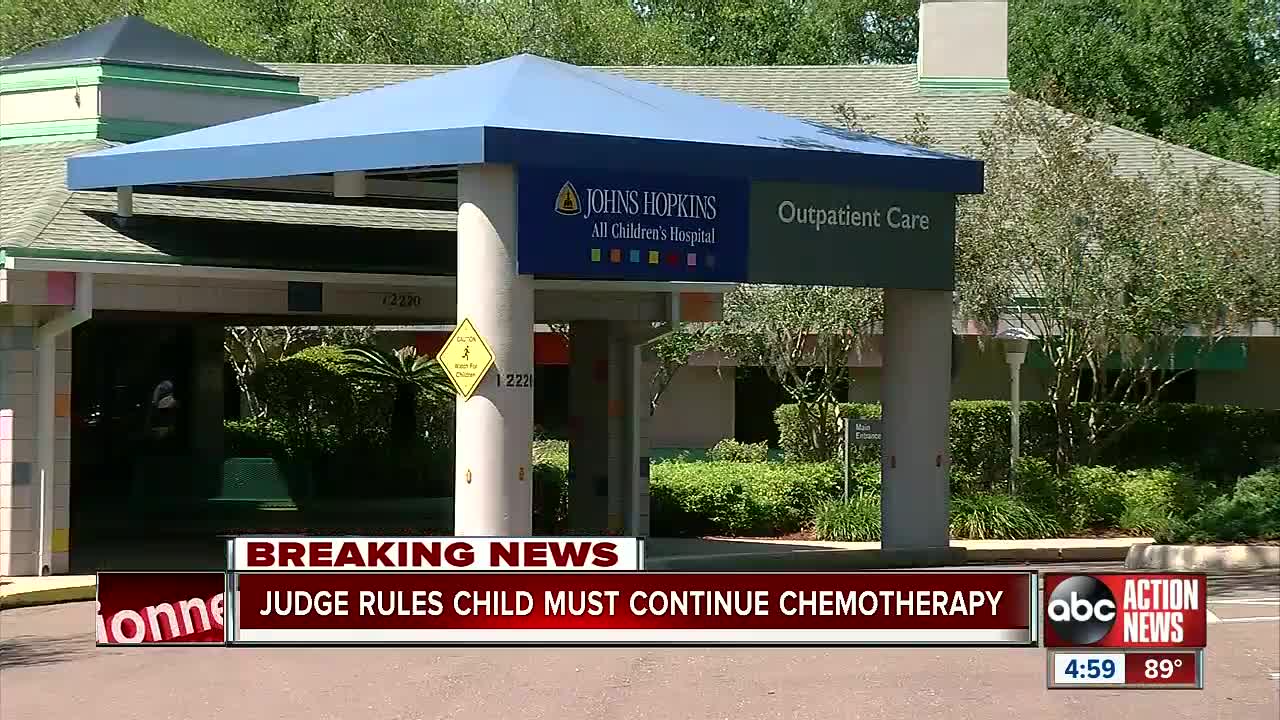 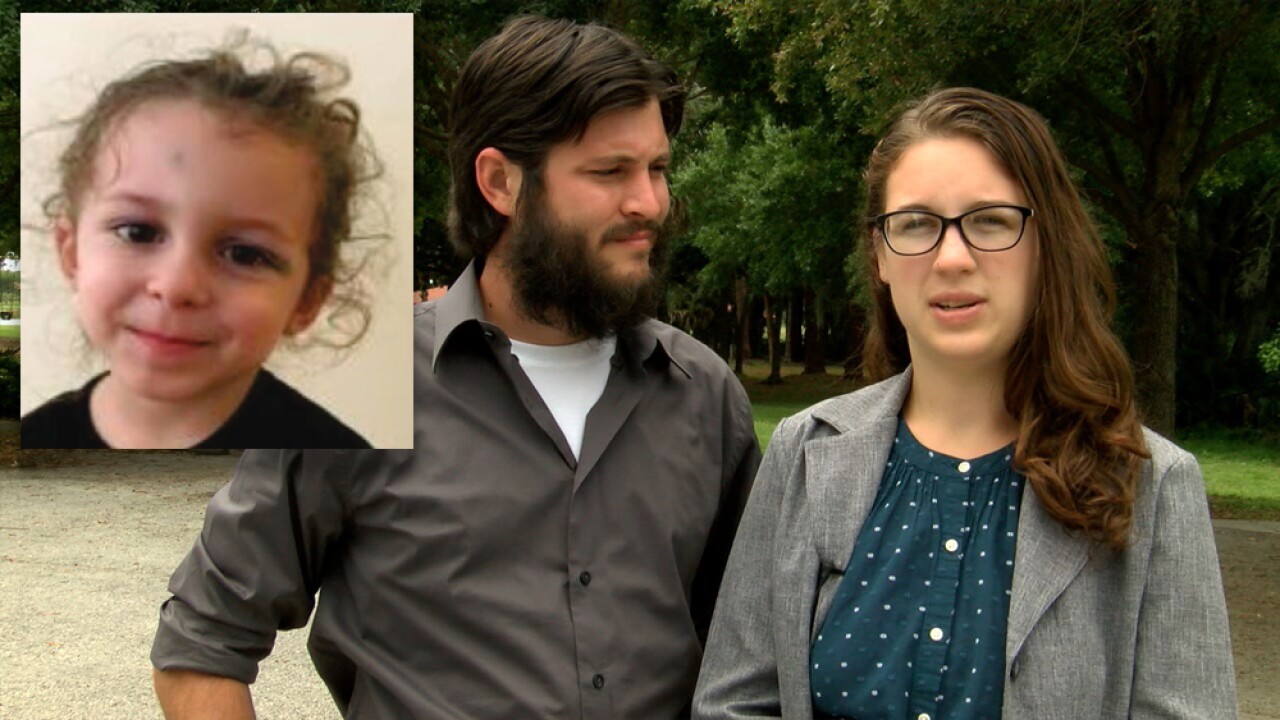 HILLSBOROUGH COUNTY, Fla — The state of Florida ruled Wednesday that a young boy stricken with cancer must continue to receive chemotherapy treatment against his parents' wishes.

The judge ruled that the state will take custody of 3-year-old Noah McAdams so he can finish the remaining 13 of 28 days of scheduled chemotherapy treatments. She also ruled that the family can use additional treatments — including medical marijuana — to help ease his symptoms of the chemo treatments.

At the end of Noah's cancer treatments, the state will determine whether the boy still has cancer. Following that time, the family will have an opportunity to switch Noah's care to a different doctor.

The judge's ruling comes after the Hillsborough County Sheriff’s Office told media outlets on Monday that Noah's parents, Taylor Bland-Ball and Joshua McAdams failed to bring the boy to a medically-necessary hospital procedure and refused to follow up with lifesaving medical care. They did not provide specifics, but sent out an alert that labeled Noah as "missing and endangered."

The family was found late Monday afternoon in Kentucky.

The parents says their son is suffering from leukemia. They claim Noah is in remission and doing well, but did not provide proof to support their claim. They say they were taking him to Kentucky for a second opinion.

"We were not trying to run from the case, there was nothing that we were trying to hide. We’re just trying to seek the best opinion for our son,” Bland-Ball said. “We basically just feel like this is our parent rights being stomped all over.”

But doctors who treat cancer like this say just because the leukemia isn't showing up, doesn't mean he's cured.

“We have no way of saying that he is cured of leukemia this early in therapy,” said Dr. Bijal Shah, the clinical leader for the Acute Lymphoblastic Leukemia program at Moffitt Cancer Center in Tampa, Florida.

He says a leukemia diagnosis can be devastating, which is why he says it’s important to not victimize the family.

"To navigate this two-and-a-half year journey is extraordinarily intensive an extraordinarily stressful,” he said. “You can imagine having to do blood draws, bone marrow biopsy‘s and all of these things for your three-year-old child."

He says there are some promising new therapies being developed such as immunotherapy, antibody directed drugs that deliver drugs directly to tumor cells, and Car T-Cell therapy. But he says those don’t have the same cure rate as chemotherapy.

"We’re not at a point now where I think we can apply these outside the context of a clinical trial if we’re talking about a newly diagnosed patient with aggressive leukemia,” he said.

Last week, a judge gave Bland-Ball’s parents the right to shelter him temporarily until the court could reach a decision. The state will maintain custody of Noah, and he will likely get his next chemo treatment tomorrow.

Bland-Ball says last week was a whirlwind that ended when a judge gave them the opportunity to seek a second medical opinion on treatment options for their son.

They say they found a doctor in Oldsmar, Florida but he couldn’t make it in for testimony until Friday. The judge said she wanted to resolve the case on Wednesday.

The family says the fight isn’t over and they plan on filing an appeal to the decision.