He theorized she used chloroform to quiet baby 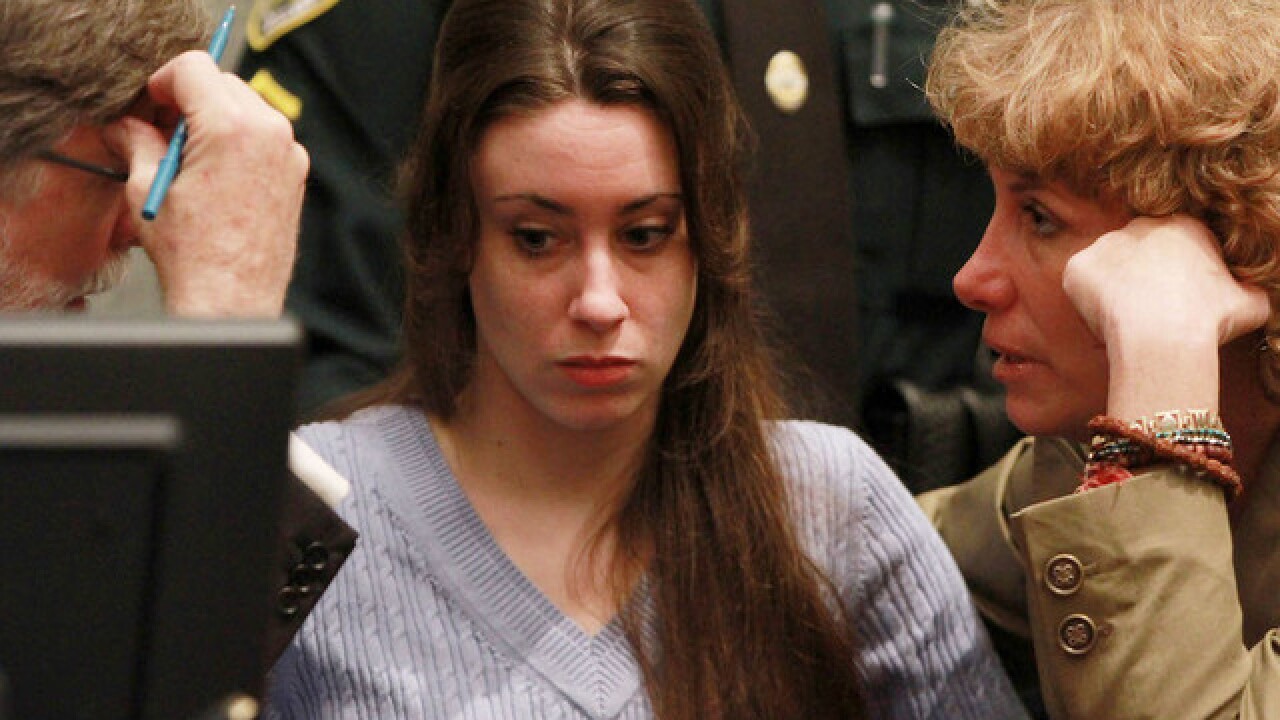 Copyright Getty Images
Pool
<p>Casey Anthony talks with her attorneys before the start of her sentencing hearing at the Orange County Courthouse Orlando, Fla. on Thursday, July 7, 2011.</p>

It's been almost nine years since 2-year-old Caylee Anthony disappeared. The judge from the controversial trial over her murder has a theory as to how she died.

Casey Anthony, now 30, was acquitted of charges that she murdered Caylee in 2011 after a highly publicized trial in Florida.

Perry presided over that case and told the Orlando Sentinel that while he didn't fault the jury for finding Anthony not guilty of first-degree murder, he felt a better case could have been made for second-degree murder or manslaughter.

Caylee Anthony's death became a national headline and Casey Anthony's acquittal prompted outrage nationwide. Caylee disappeared in June 2008 and her remains were found in December 2008 inside a trash bag in a wooded area near the home of her grandparents.

During Casey Anthony's trial, there was evidence that she had searched online for ways to use chloroform as a sedative. Perry said he felt the evidence showed Anthony used chloroform "to keep the baby quiet ... and just used too much of it, and the baby died," according to the Orlando Sentinel.

Since her acquittal, Anthony has lived in Florida and has kept a relatively low profile. In 2016, she opened a photography business in West Palm Beach.