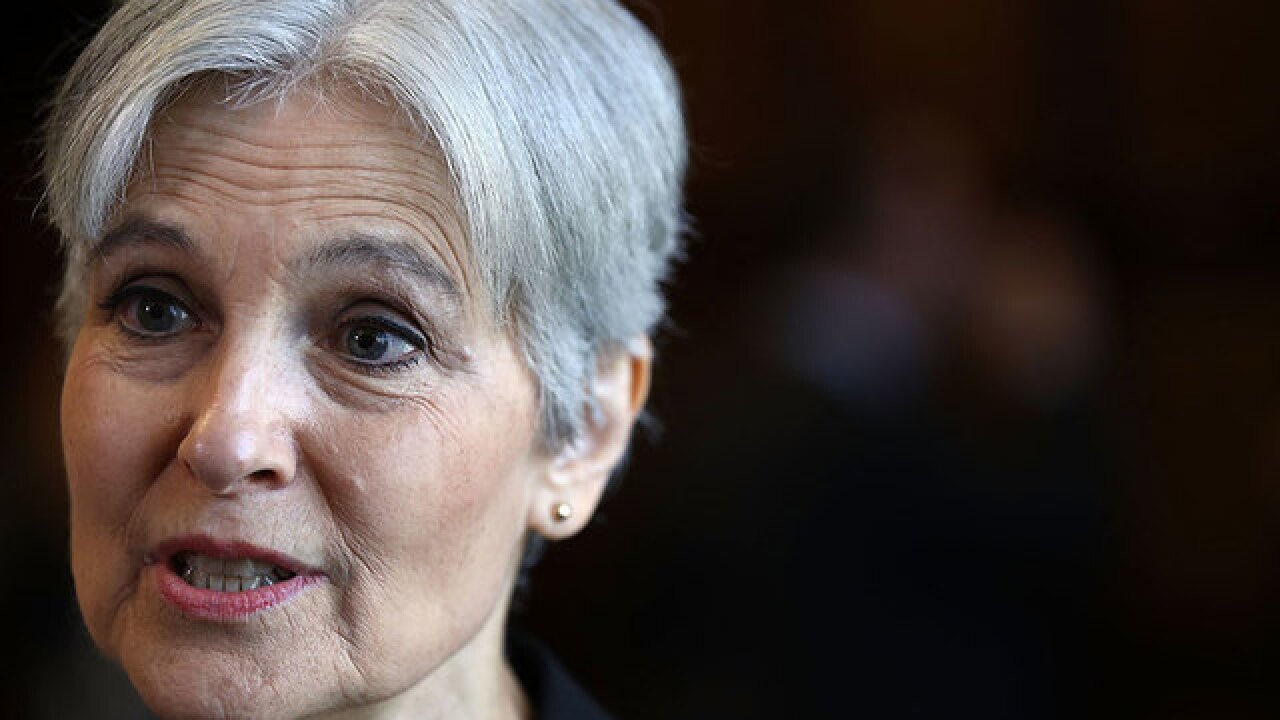 HARRISBURG, Pa. (AP) — Green Party-backed voters dropped a court case Saturday night that had sought to force a statewide recount of Pennsylvania's Nov. 8 presidential election, won by Republican Donald Trump, in what Green Party presidential candidate Jill Stein had framed as an effort to explore whether voting machines and systems had been hacked and the election result manipulated.

The decision came two days before a court hearing was scheduled in the case. Saturday's court filing to withdraw the case said the Green Party-backed voters who filed the case "are regular citizens of ordinary means" and cannot afford the $1 million bond ordered by the court by 5 p.m. Monday. However, Green Party-backed efforts to force recounts and analyze election software in scattered precincts were continuing.

Stein plans to make an announcement about the Pennsylvania recount Monday outside the Trump Tower in New York, aides said.

The court case had been part of an effort spearheaded by Stein to force recounts in Michigan, Pennsylvania and Wisconsin, three states with a history of backing Democrats for president that were narrowly and unexpectedly won by Trump over Democrat Hillary Clinton.

A recount began Thursday in Wisconsin, while a recount could begin next week in Michigan. Trump's victory in Pennsylvania was particularly stunning: the state's fifth-most electoral votes are a key stepping stone to the White House, and no Republican presidential candidate had captured the state since 1988.

Stein had said the purpose of Pennsylvania's recount was to ensure "our votes are safe and secure," considering hackers' probing of election targets in other states and hackers' accessing of the emails of the Democratic National Committee and several Clinton staffers. U.S. security officials have said they believe Russian hackers orchestrated the email hacks, something Russia has denied.

Stein's lawyers, however, had offered no evidence of hacking in Pennsylvania's election. They sought unsuccessfully in recent days to get various counties to allow a forensic examination of their election system software.

Lawyers for Trump and the state Republican Party argued there was no evidence, or even an allegation, that tampering with Pennsylvania's voting systems had occurred. Further, Pennsylvania law does not allow a court-ordered recount, they argued, and a lawyer for the Green Party had acknowledged that the effort was without precedent in Pennsylvania.

The case also had threatened Pennsylvania's ability to certify its presidential electors by the Dec. 13 federal deadline, Republican lawyers argued.

On Saturday, a GOP lawyer, Lawrence Tabas, said the case had been meant "solely for purposes to delay the Electoral College vote in Pennsylvania for President-Elect Trump."

The state's top elections official, Secretary of State Pedro Cortes, a Democrat, has said there was no evidence of any sort of cyberattacks or irregularities in the election. Any recount would change few votes, Cortes predicted.

As of Friday, Trump's margin of victory in Pennsylvania was 49,000, or less than 1 percent, out of 6 million votes cast, according to state election officials. Final counts were outstanding in some counties, including heavily populated Allegheny County, but state and county officials did not expect any outstanding uncounted votes to change the outcome of the presidential election in Pennsylvania.