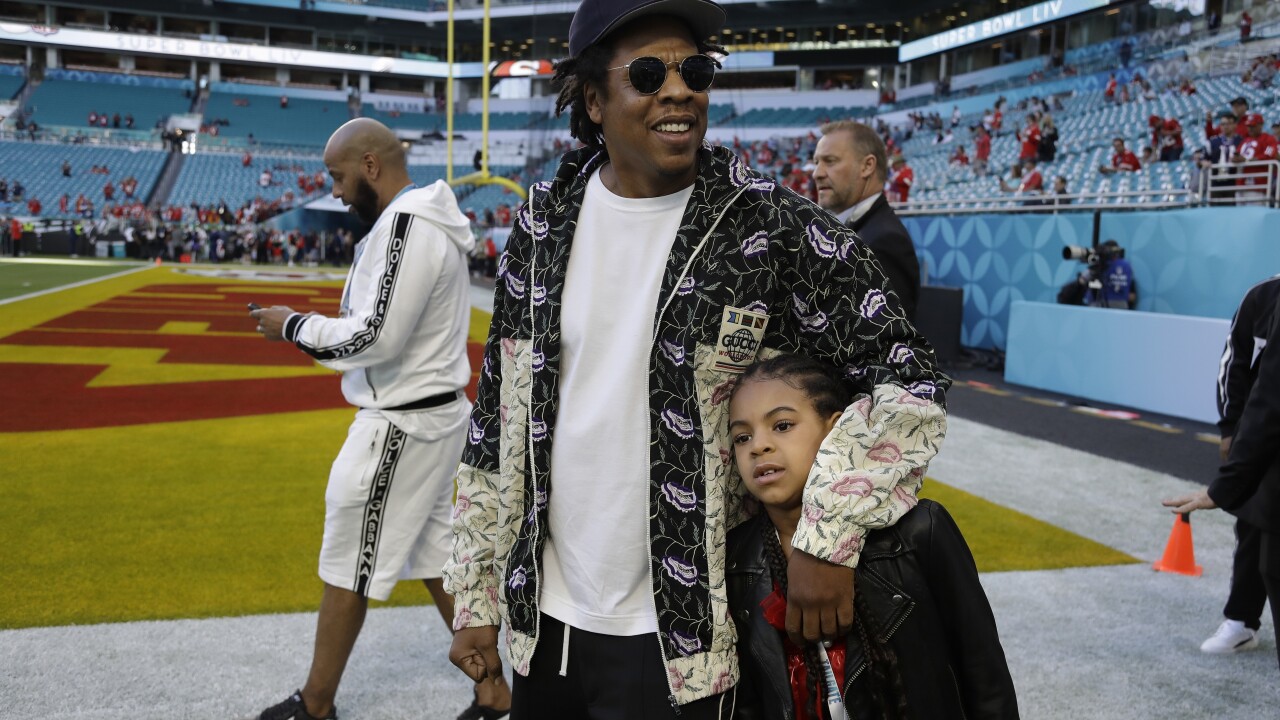 MIAMI, Fla. – Jay-Z, Beyoncé and their daughter, Blue Ivy, were caught on camera sitting during the national anthem at Super Bowl LIV, but the rapper and businessman claims they weren’t doing so out of protest.

But on Tuesday, Jay-Z confronted the controversy during an appearance at Columbia University in New York City, saying the whole thing “was not premeditated at all.” TMZ posted a video from the event.

Jay-Z went on to explain that his Roc Nation company had partnered with the NFL to help produce the Super Bowl halftime show as well as other major performances.

Jay-Z said he and his wife went into “artist mode” as they watched Yolanda Adams perform “America the Beautiful” before Lovato sang the national anthem.

Jay-Z said the whole time they were sitting there, they were talking about the performance.

“Then right after that, Demi comes out, and we're talking about how beautiful she looks and how she sounds and what she's gone through in her life for her to be on the stage," said Jay-Z. "We're so proud of her."

Jay-Z went on to say that J-Lo and Sharkira made enough of a political statement that he didn’t need to make a silent protest.

“If you look at the stage, the artists that we chose, Colombian Shakira, Puerto Rican J-Lo. We were making the biggest loudest protest of all,” he said.