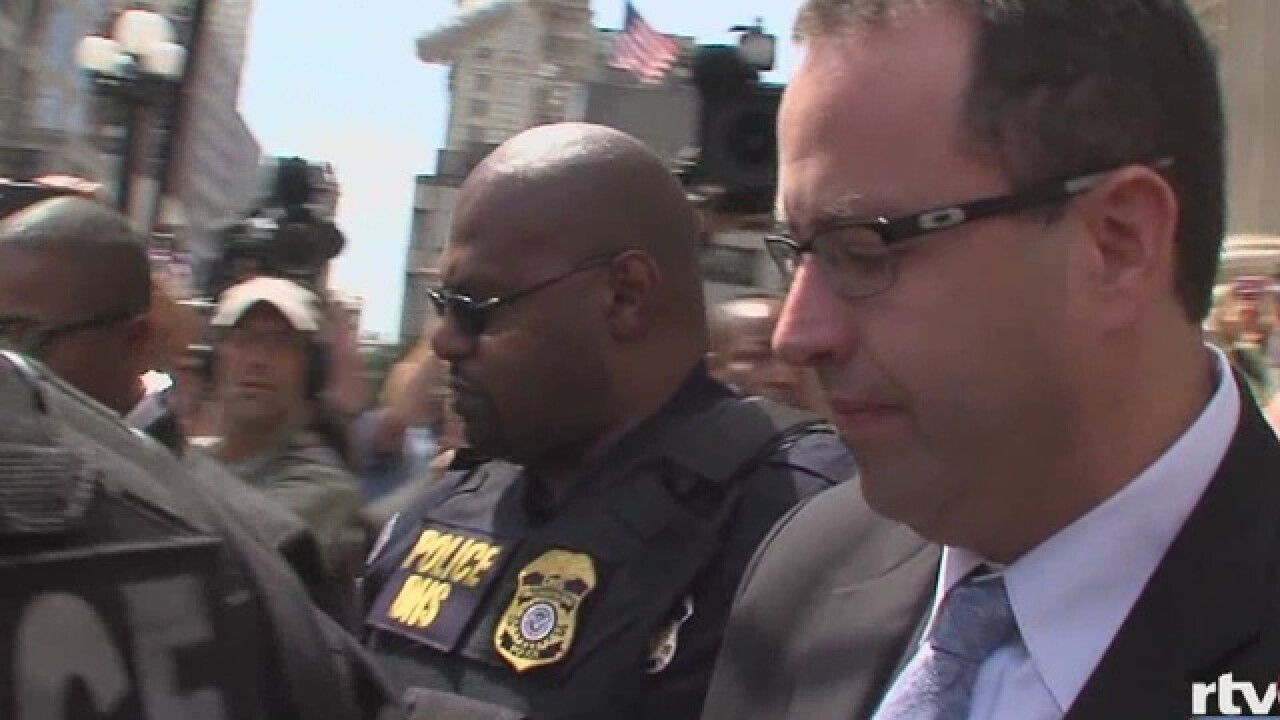 INDIANAPOLIS -- Former Subway pitchman Jared Fogle's ex-wife filed a lawsuit against the business Monday alleging it knew about her husband's "depravities" and failed to act.

McLaughlin finalized her divorce with Fogle in November after he was sentenced to more than 15 years in federal prison for possession of child pornography and traveling across state lines to have sex with minors. The two had been married for five years, and have two children together.

In the lawsuit, McLaughlin alleges Subway knew about Fogle's sexual interactions with minors and failed to act.

"On at least three occasions during Jared's tenure with Subway, Subway received reports regarding Jared's sexual interest in and activity with children," the complaint reads. "With two of those reports, Subway responded by sending a public relations employee to ask Jared about the allegations. With the third report, Subway admitted the complaint was not 'properly escalated or acted upon.' Upon information and belief, Subway did not report any of the allegations to law enforcement."

McLaughlin spoke publicly on Monday about the lawsuit and her experience finding out the nature of her he-husband's criminal activities.

"Let me say to the victims of my ex-husband: You are never far from my thoughts and prayers," she said. "Finding out that your husband and the father of your children is a child predator is devastating."

McLaughlin's attorneys claim Subway knew as early as 2004 that Fogle had approached a young girl at a promotional event for a Las Vegas Subway franchise for a sex act.

"Driven by sales rather than the safety of kids, Subway sent its then senior public relations manager to ask Jared and the franchise owner, rather than the victim, about the incident," the suit claims.

The lawsuit also claims former Subway CEO Jeff Moody failed to appropriately respond to reports from Florida Subway franchisee Cindy Mills that Fogle had made "disturbing comments about children," including telling her that he "really liked them young" and that he had sex with minors from age 9-16.

"In response to Mills' report, Moody interrupted Mills and stated, 'Please don't tell me any more. Don't worry, he has met someone. She is a teacher and he seems to love her very much, and we think she will keep him grounded,'" the lawsuit says.

The lawsuit requests a jury trial on multiple charges alleged against Subway, including invasion of privacy, intentional infliction of emotional distress and negligence.

The lawsuit doesn't list a specific amount of damages McLaughlin is seeking.