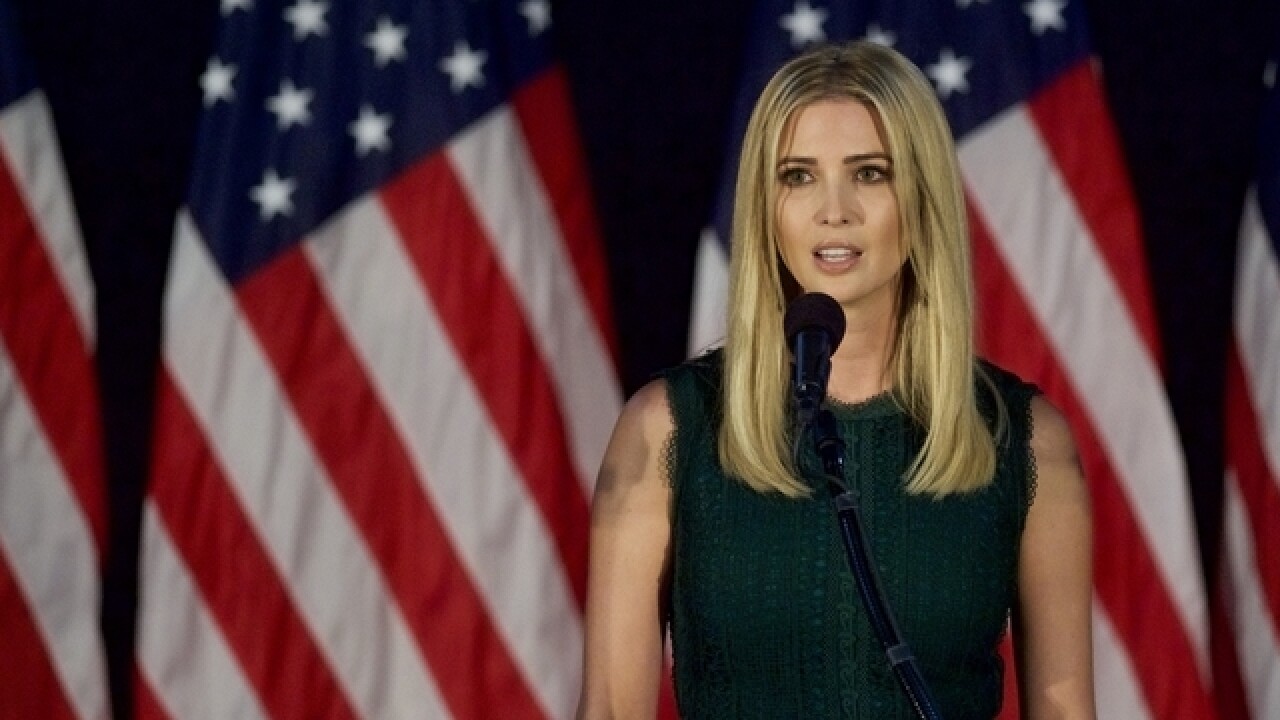 WASHINGTON (CNN) -- Ivanka Trump will work out of an office in the West Wing, a White House official told CNN on Monday.

The official also confirmed Trump will seek a security clearance and government-provided communication devices, although she will not be a government employee.

The move places President Donald Trump's eldest daughter -- long one of his closest advisers -- at the center of his administration, following weeks during which she held no formal role but appeared alongside the President and senior staffers in major meetings with world leaders and business figures.

She has also reportedly weighed in on policy issues and established a low-key presence in the White House.

Trump's husband, Jared Kushner, has been a senior White House adviser since the outset of the administration. The Department of Justice assessed at the time that the hire did not violate anti-nepotism laws.

CNN has reached out to Ivanka Trump's attorney, Jamie Gorelick, for comment on the matter. Politico reported the development earlier Monday.

Trump, like her father, has business interests throughout the country and across the world. By gaining a position in the West Wing and seeking access to classified information, she has drawn a new wave of scrutiny over conflicts in the administration between public roles and private interests.

Trump adviser Kellyanne Conway faced backlash after promoting Ivanka Trump's fashion line on television, but the White House opted not to penalize her for the apparent ethical violation.

Like her siblings Donald Trump Jr. and Eric Trump, Ivanka as taken an active role in her father's business interests over the course of her life, both in his real estate empire and reality TV show, "The Apprentice."

She made regular appearances on the campaign trail and has been by her father's side during many major moments of his early presidency. The move into a West Wing office brings her role in the administration closer to formality and puts one of the commander-in-chief's closest confidants on firmer ground.