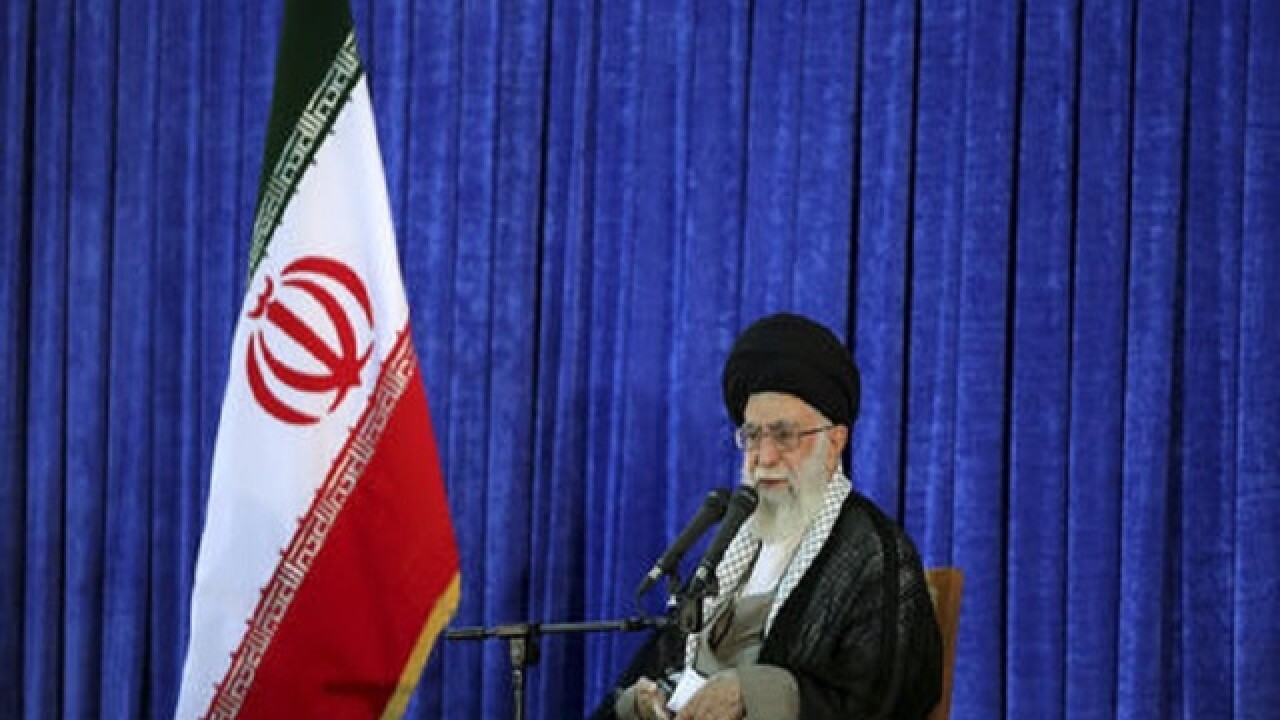 Uncredited
<p>In this picture released by an official website of the office of the Iranian supreme leader, Supreme Leader Ayatollah Ali Khamenei delivers his speech in a ceremony marking 27th death anniversary of founder of the Islamic Republic, Ayatollah Khomeini at his shrine just outside Tehran, Iran, Friday, June 3, 2016. Iran's top leader has ruled out cooperation with America against the Islamic State group, their common enemy in Syria and Iraq. (Office of the Iranian Supreme Leader via AP)</p>

TEHRAN, Iran (AP) — Iranian intelligence officials have broken up "the biggest terrorist plot" to ever target Tehran and other provinces in the Islamic Republic, the country's state television reported Monday.
An anchor on state television read off a statement attributing the information to Iran's Intelligence Ministry. Officials could not be immediately reached for comment to elaborate.
Several suspects have been arrested and are under interrogation over the plot after agents seized ammunition and bombs, the state TV said.
The report didn't identify those arrested, though it called them "takfiris," a derogatory term in both Arabic and Farsi referring to Muslims who accuse others of being "nonbelievers."
Iranian authorities often refer to followers of the Sunni militant Islamic State group as "takfiris," though it isn't clear if this case involved the extremist group that holds territory in Iraq and Syria.
Shiite power Iran has been helping both the Syrian and the Iraqi government in their battles against the Islamic State group. It has warned of possible militant attacks targeting the country, which largely hasn't seen such attacks since the immediate aftermath of its 1979 Islamic Revolution.
In May, Iran's Intelligence Minister Mahmoud Alavi announced that 20 "terrorist groups" that planned to detonate bombs and cause insecurity across the country had been dismantled. It's unclear whether that included the plot announced Monday by state television.
Copyright 2016 The Associated Press. All rights reserved. This material may not be published, broadcast, rewritten or redistributed.