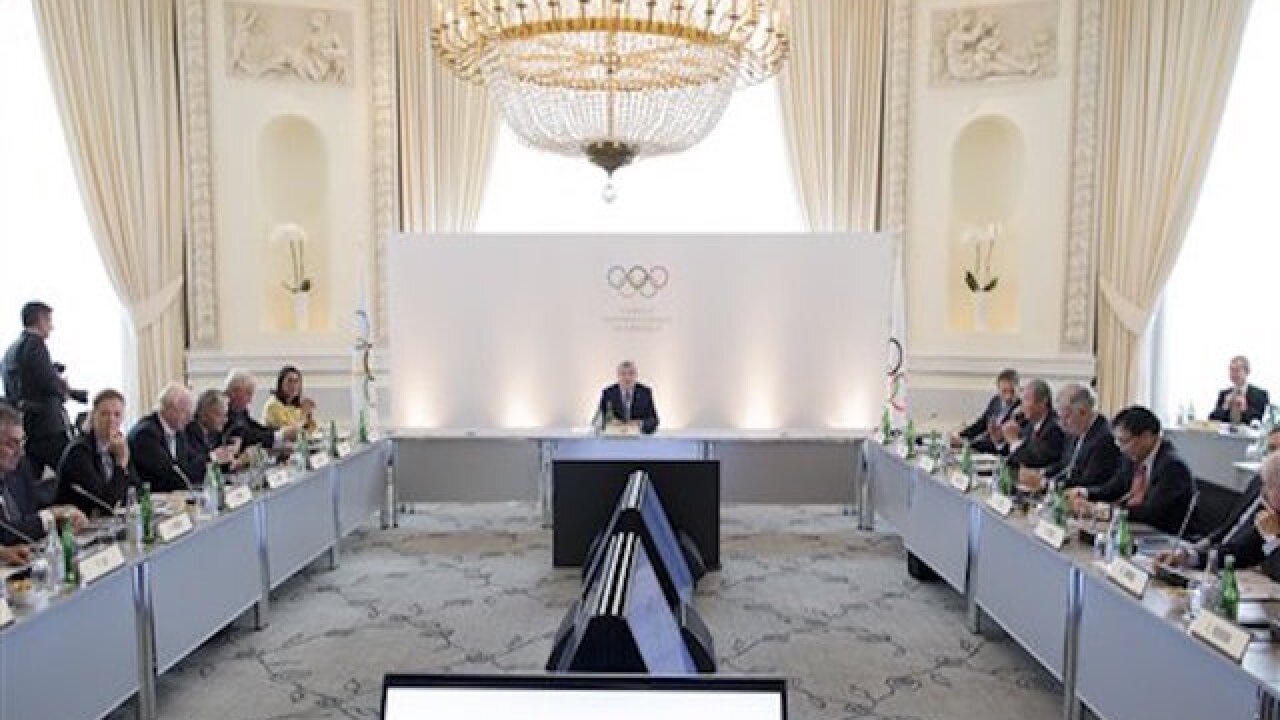 LAUSANNE, Switzerland (AP) — IOC President Thomas Bach has opened the door to having some Russians compete in track and field at the Olympics in Rio de Janeiro under their own flag.

Speaking after an Olympic summit, Bach says the sports leaders agree that the ban on the Russian track federation should be upheld. But he says Russians who are exempted by the IAAF to compete in Rio will do so as a member of the Russian Olympic Committee. The IAAF had said any Russians, expected to be only a handful, competing in Rio would be under a neutral flag.

Bach says "when it comes to the Olympic Games, all athletes then are part of the team of the Russian Olympic Committee."

Bach also raised concerns about the international anti-doping system, and called on the World Anti-Doping Agency to convene a global conference in 2017 to find ways to better catch athletes who cheat.

The Olympic summit also discussed athletes from both Russia and Kenya, saying the "presumption of innocence" of competitors from those countries has been put into question.

The president of the Russian Olympic Committee says the country will not boycott the games in Rio de Janeiro.

Alexander Zhukov said in comments carried by state news agency Tass that Russia "will not boycott the Olympics," but he adds that the national Olympic committee will consider a lawsuit against the IAAF.