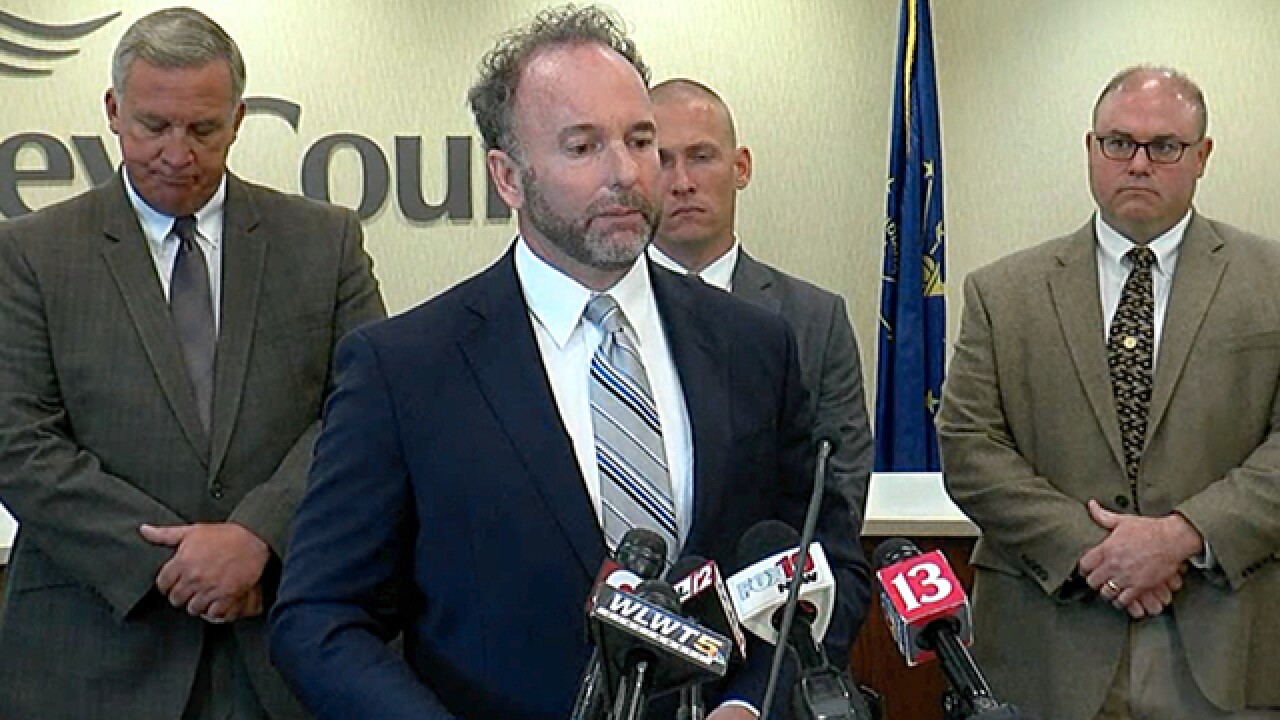 A 14-year-old boy is accused of suffocating two of his siblings to death, according to court documents.

The teen is accused of putting a towel over his 23-month-old sister’s head, smothering her to death, court documents state. Less than three months later, records also state the teen put a blanket over his 11-month-old brother’s head while he was sleeping.

Court documents say authorities responded to a home in Osgood, Indiana, for reports of a 23-month-old not breathing on May 1, 2017. First responders took the child to Margaret Mary Community Hospital; the child was later transported to Cincinnati Children’s Hospital Medical Center. She died on May 6, 2017, according to Ripley County Prosecutor Richard Hertel.

Det. Brent Miller with Indiana State Police launched an investigation after the child’s death, and the Division of Child Services launched their own investigation.

Dr. Karen Looman originally ruled the 23-month-old’s death as undetermined, court documents state, but her exam revealed “a prolonged period of anoxia to the brain.”

Less than three months later, authorities responded to the same home for an 11-month-old child who was not breathing. First responders took the child to Margaret Mary Community Hospital, where the child later died. A doctor told authorities the child died of asystole, a form of cardiac arrest, court documents state.

Det. Peter Tressler launched an investigation into the 11-month-old's death. The suspect was 13 years old at the time of the incidents.

The teen told authorities he had to save his siblings from “hell and the chains of fire,” according to court documents.

“(Redacted) repeated a couple of times that he had to free them from the hell on earth. (Redacted) also said he didn’t want them to have to live in the hell that he did,” court documents say.

The teen told investigators he put a blanket on his 11-month-old brother’s head. Court documents state the teen said by the time he told his mom, his brother “was almost gone.”

According to court records, the teen told investigators he put a towel over the head of his 23-month-old sister “to set her free to heaven.”

Medical officials and the Hamilton County Coroner’s Office released an amended report on the deaths of the children and determined the cause to be asphyxia due to smothering.

Hertel said the legislature also filed a presumptive waiver, which states the judge “shall waive him to adult court if certain conditions are met.” A judge will decide whether he will be tried as an adult.

The suspect was detained on Aug. 28 and is being held at the Dearborn County Juvenile Center.