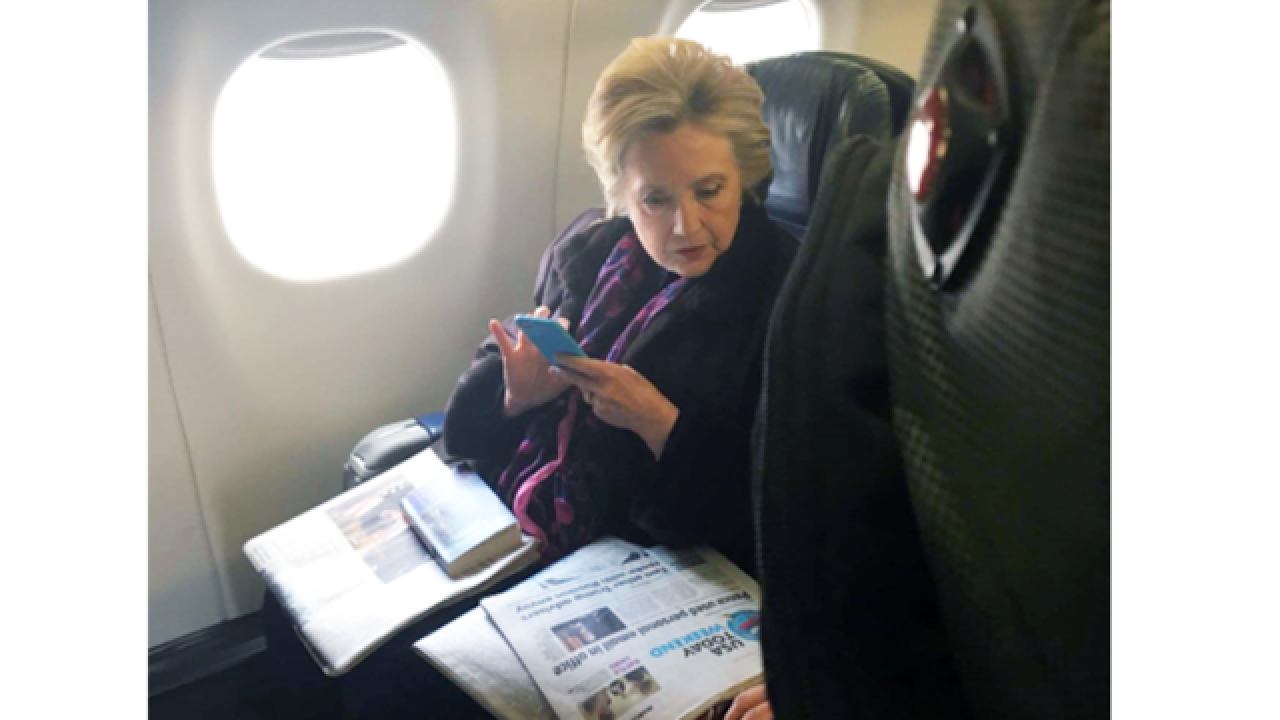 Caitlin Quigley
<p>Hillary Clinton reads a headline about Vice President Mike Pence's use of private emails while he was governor of Indiana.</p>

A candid image of Hillary Clinton reading headlines about Vice President Mike Pence's use of private email has become an online sensation.

The shot, taken by Helen Quigley, a passenger onboard the same flight from Boston to New York as Clinton, posted it to social media Friday, where it's been commented on thousands of times, according to Reuters.

In the photo, Clinton has several newspapers spread out in front of her and appears to be reading a USA Today headline that states "Pence used personal email in office."

The story, which broke Friday, reported that Pence regularly used a personal AOL email account to conduct state business while he served as Indiana's governor.

The image became a hit because of Clinton's own controversial use of a private email server during her time as secretary of state. The FBI investigated her email practices during her 2016 presidential campaign, eventually finding nothing worthy of criminal charges.

During President Donald Trump's opposing campaign, he and Pence routinely condemned Clinton's use of private emails.