‘I will always love you:’ Dolly Parton pays tribute to Kenny Rogers 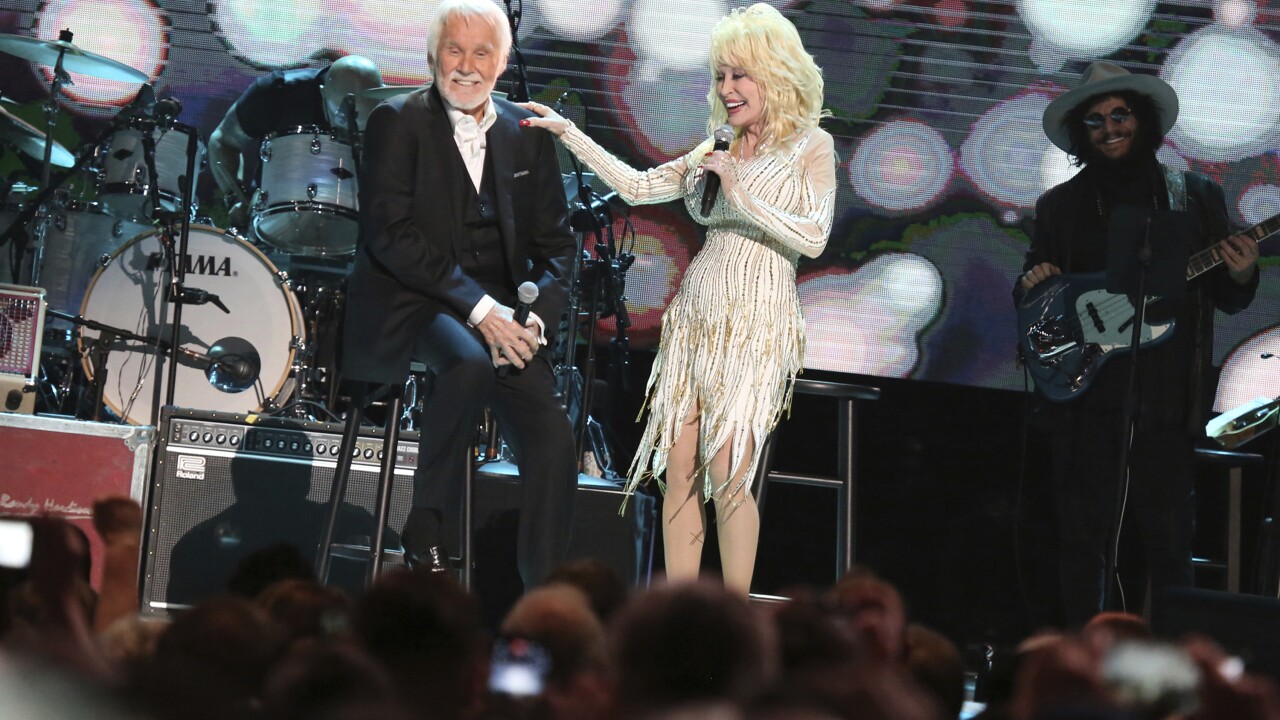 NASHVILLE, Tenn. -- Dolly Parton posted a touching tribute to her singing partner and friend, Kenny Rogers, who died Friday at 81.

“You never know how much you love somebody until they’re gone. I’ve had so many wonderful years and wonderful times with my friend Kenny, but above all the music and the success I loved him as a wonderful man and a true friend. So you be safe with God and just know that I will always love you, dolly.”

The Houston-born Rogers had hits like "Lucille," "Lady" and 1982’s "Islands in the Stream" with Parton. He sold tens of millions of records and was the star of TV movies, making him a superstar in the late ‘70s and '80s.

Rogers was inducted into the Country Music Hall of Fame in 2013.

The Country Music Hall of Fame and Museum released the following statement:

"Kenny Rogers is, of course, one of music's most successful and enduring artists. His uncanny song sense and impeccable singing resonated across the genre lines that he took delight in ignoring. The antithesis of a gambler, he thought deeply and acted deliberately with every career decision, and those decisions brought to light the songwriting talents of Hal Bynum, Mickey Newbury, Don Schlitz, and many more. Though he was by any definition a superstar, he lived a life of service to songs, writers, and, above all, listeners."

In 2015, he announced his plans to retire from the road following an extensive farewell tour.

This story was originally published by Laken Bowles at WTVF.