'I feel like a hero': 9-year-old Florida boy helps deliver baby sister thanks to 911 dispatcher 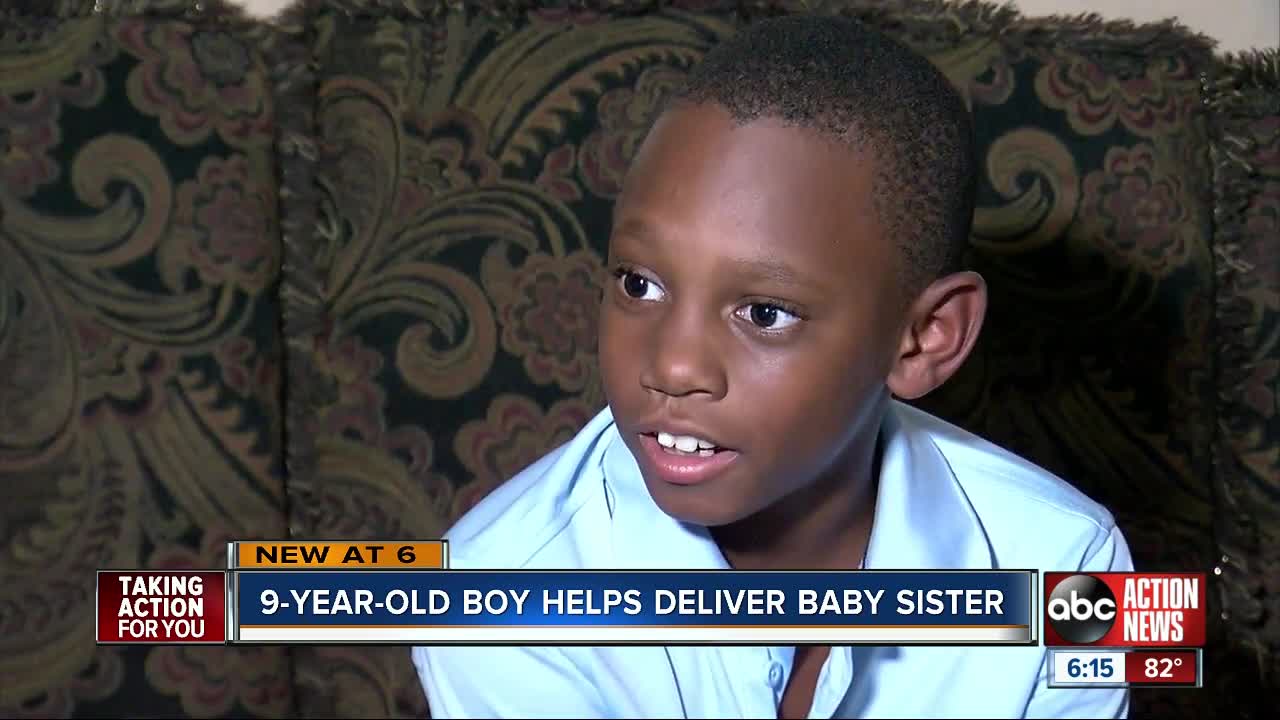 A family in Tampa has a lot to celebrate — a new bundle of joy who made a surprise appearance and her 9-year-old brother who helped it happen. 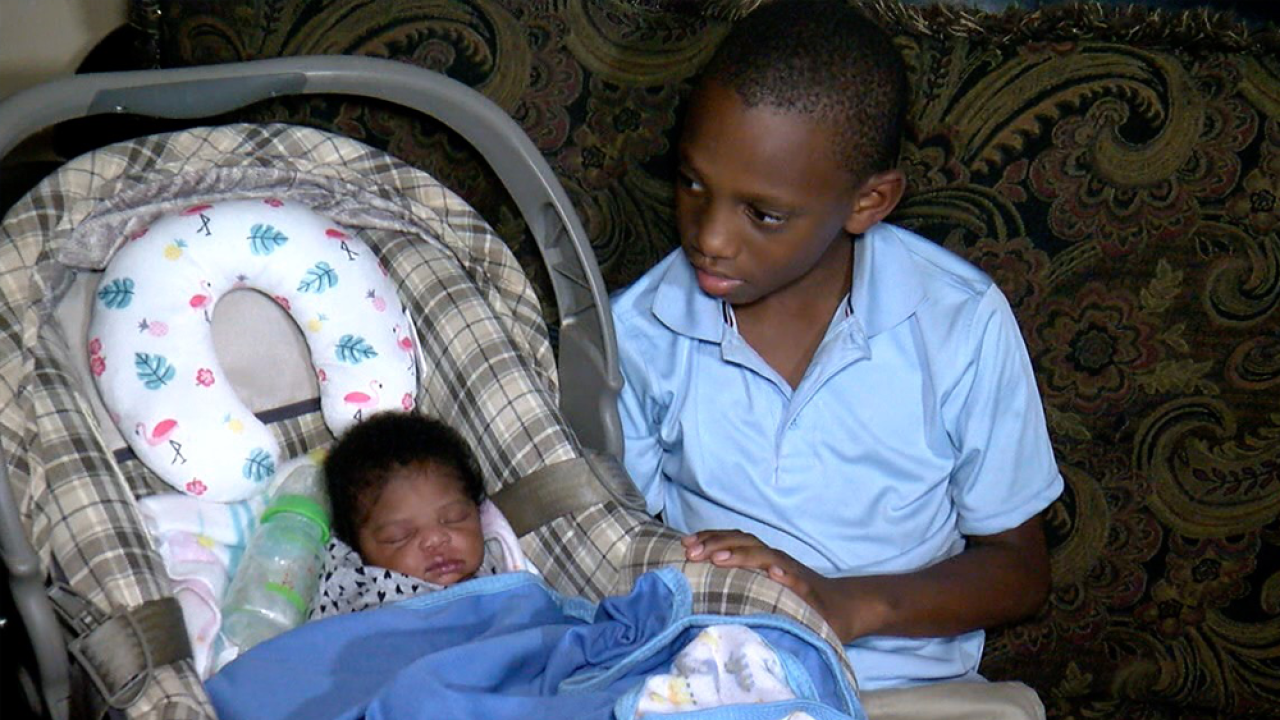 TAMPA, Fla. — A family in Florida has a lot to celebrate — a new bundle of joy who made a surprise appearance and her 9-year-old brother who helped it happen.

"I see that she's cute and I think, I think she's having a good dream," her big brother, Lindell Lyons, said.

He can't stop looking at her.

"I was just in shock, like I didn't know what was gonna happen," Lindell said.

He said while he was eating breakfast and watching TV his mom, Shanelle Brantley, told him to call 911. She said she had gone into labor.

"He was cool and calm and collected and she just came out," she said.

Lindell called 911 and told dispatchers his mom was having a baby and followed their instructions.

"I was thinking, trying to remember what they said," Lindell said.

Jared McYeo, a communications training officer with Tampa Fire Rescue, was on the other end of the call following their protocols.

"He did a fabulous job. He's the one that deserves all the credit. He really held his cool, he went and followed the instructions to the letter and helped his mom deliver his baby sister," McYeo said.

McYeo said he's delivered two other babies in his decade as a dispatcher, but none with someone so young on the other end of the call.

"I'm getting ready to have a baby on Friday so all I was thinking about was 'OK, what if I had to do this,' you know somebody had to tell me how to do this. I would want it to be explained the best possible way, the easiest way," McYeo said. "But talking to little kids on 911, they're amazing, they're far better than adults in my opinion."

A week and a half later, mom and baby are doing well.

Lindell said he's proud of himself.

The young hero now has quite a story and he can't wait to tell his new sister.

"I'll start off from beginning to end," Lindell said. "And every single detail."

But Lindell said, she just might not believe it.

This story was originally published by Haley Bull on WFTS.