How tax reform could affect families paying for college 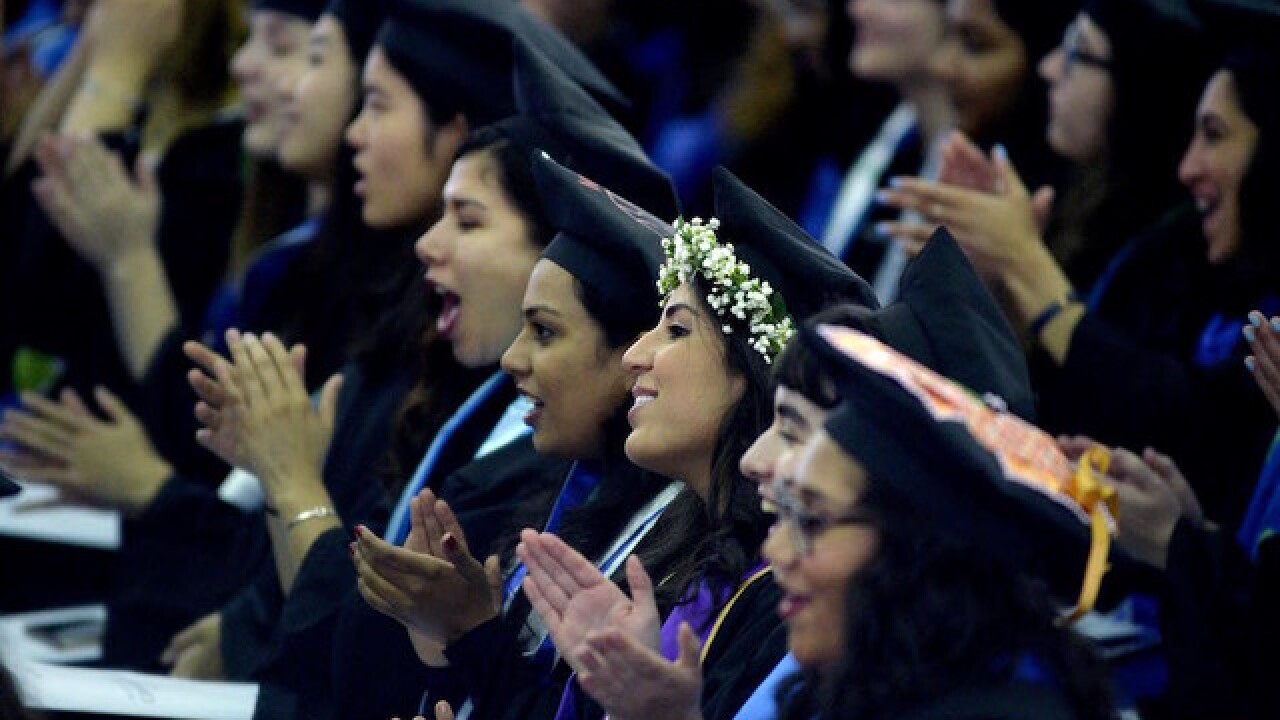 As lawmakers consider two different bills that would overhaul the tax code, several changes on the table could affect Americans who are paying for college.

The House version of the bill would eliminate some tax benefits for those with college costs, but the Senate version would mostly leave them untouched. The goal is to have a final bill on President Trump's desk by the end of the year.

While both plans eliminate many tax breaks in general, they would also roughly double the standard deduction. That makes it difficult to determine whether losing certain deductions would increase someone's overall tax bill.

"There's a good chance for some people that a loss of these exclusions and deductions would be offset by the bigger standard deduction," said Dana Vosburgh, Director of Family Wealth Management at Manning & Nappier.

Here's how some taxpayers could be affected:

If you're paying off your student loans

Currently, you can use the student loan interest deduction to lower your taxable income by as much as $2,500. It's an "above the line deduction," so it can be claimed without itemizing.

It's available to borrowers with modified adjusted gross incomes up to $65,000, or $130,000 for married couples filing jointly, and then gradually phased out and eliminated entirely for those who earn more than $80,000, or $160,000 for couples.

The tax deduction saves people a maximum of $625 a year, though most see a smaller benefit.

The House bill would repeal the student loan interest deduction and the Senate bill would keep it in place.

If you get free tuition because you work at a college

Many colleges offer employees free tuition for themselves, their spouses, or their children. That makes jobs on campus attractive for parents.

It also benefits many graduate students who teach or do research for the university, especially those in science, technology, engineering or math, said Steven Bloom, the director of government relations at the American Council on Education.

About 27,000 undergrads and 145,000 graduate students receive this kind of tuition waiver, according to a 2012 survey, the most recent data available.

The waiver is not taxed right now, but the House bill would treat it as taxable income.

At public colleges, where the average tuition is $10,000, this change could increase your tax bill by $3,765 a year, according to a calculation done by Eric Bronnenkant, the Head of Tax at Betterment.

The Senate version of the bill would preserve this tax break, which is known as the qualified tuition reduction.

If you're paying for your child's tuition

Some families are allowed to claim the American Opportunity Tax Credit for up to $2,500 per child enrolled in college, annually.

Currently, students are eligible for each of their first four years of higher education. The House bill would expand eligibility to a student's fifth year, but at a reduced benefit. The Senate bill would keep the credit as it is.

If you're going to college for more than five years

The Lifetime Opportunity Credit is smaller and has a lower income cap than the American Opportunity Credit, but it's available for those who are enrolled in higher education for more than five years. This benefits students who take longer to finish college, or choose to pursue a graduate or professional degree.

Under the current tax code, the Lifetime Opportunity Credit offers up to $2,000 per year to pay for tuition and enrollment fees for those whose modified adjusted gross income is $65,000 or less for singles, or $130,000 or less for married couples filing jointly.

You can claim this credit for as many years as you go to school, as long as you're under the income cap, Bronnenkant said.

If your employer helps pay for tuition

Currently, you're allowed to receive up to $5,250 tax-free from your employer to help pay for tuition. About half of employers offer the benefit, according to the Society for Human Resource Management.

The House bill would repeal this exclusion, but the Senate bill keeps it in place.

If you can't pay back your debt because of a disability

Right now, the outstanding balance on federal student loans are forgiven if you've been deemed permanently disabled, or in the event of death. But the amount forgiven is treated as taxable income.

Both the House and Senate bills would exclude student loan forgiveness from taxes in these cases.