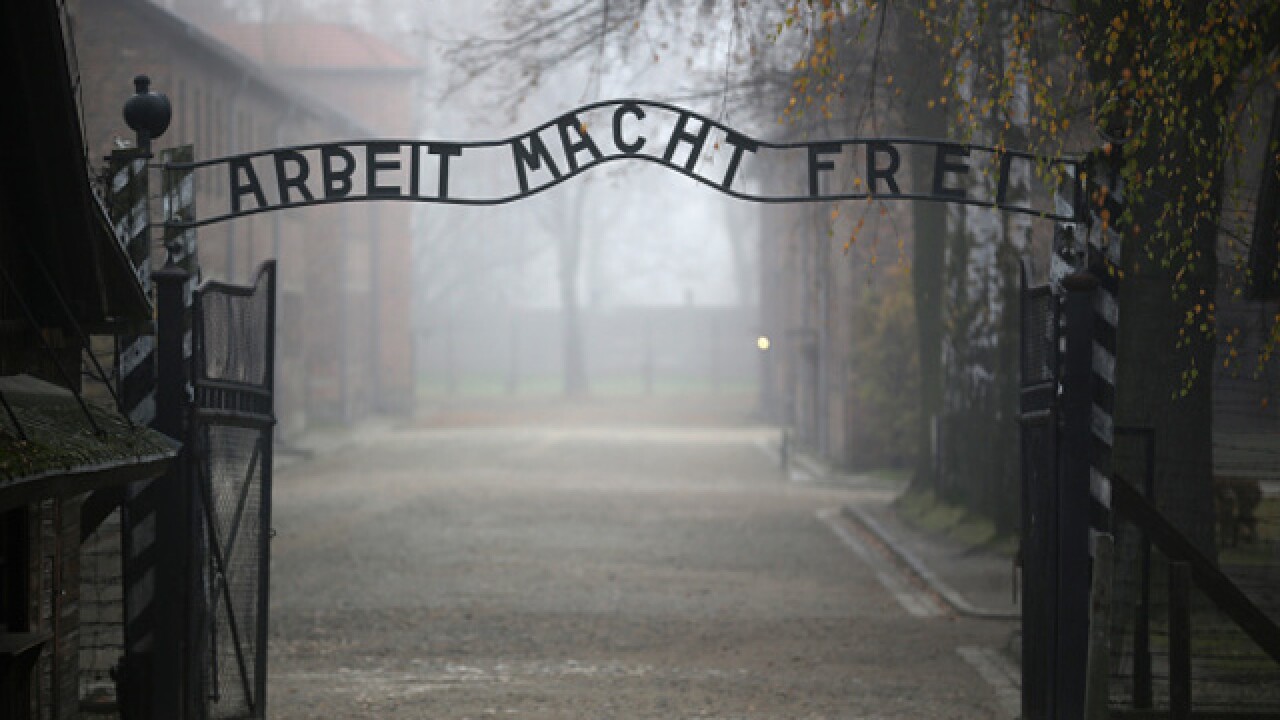 Copyright 2017 Scripps Media, Inc. All rights reserved. This material may not be published, broadcast, rewritten, or redistributed.
Christopher Furlong
<p>OSWIECIM, POLAND - NOVEMBER 15: The infamous German inscription that reads 'Work Makes Free' at the main gate of the Auschwitz I extermination camp on November 15, 2014 in Oswiecim, Poland. Ceremonies marking the 70th anniversary of the liberation of the camp by Soviet soldiers are due to take place on January 27, 2015. (Photo by Christopher Furlong/Getty Images)</p>

(CNN) -- A Czech company has stopped selling tickets to its Auschwitz-themed "escape room" after facing fierce criticism for casting as a game the experience of Holocaust victims in one of World War II's most notorious concentration camps.

In a statement posted Friday to the Prague-based Dosta? Se Ven's website, the company said it originally designed the game to draw attention to the atrocities of Auschwitz. But it acknowledged that the backlash is "understandable" -- and said it would stop selling tickets immediately.

"We truly took this seriously and wanted to do it with utmost respect," the statement reads.

Before the announcment, Dosta? Se Ven had taken to Facebook to defend itself against mounting criticism of the game, stating that "Escape from Auschwitz" aimed to "raise awareness (of) the Holocaust."

Promotional materials first posted to the company's website, however, read more like an amusement park advertisement then an educational initiative.

Escape rooms typically send competing groups scrambling through a series of mental and physical challenges in order to escape a themed room in the shortest period of time.

In marketing it's Auschwitz simulation, the company enticed customers to "play an interesting escape game with your friends and put yourself in the shoes of the victims of the Auschwitz concentration camp. 'Last shower' will await you. But there's a difference: you can get out of this room alive," it read.

Tickets, which sold for 390 Czech Koruna (roughly $15), had been promoted at a special rate ending Friday, which is International Holocaust Memorial Day.

The Auschwitz Memorial tweeted: "Shocking and sad. Disrespectful to the memory of all victims of the Auschwitz camp."

On Friday, Petr Papoušek, president of the Federation of Jewish Communities in Prague, said, "A game that preys on the suffering of millions of people for commercial gain, reflects on not only the bad taste of the authors, but also on their cynicism and their unawareness of the history."

"It was impossible to escape from the gas chambers, and in that way, the game calls historical facts into question," he added.

Leo Pavlát, director of the Jewish Museum in Prague, said Friday in a statement, "Using the systematic murdering of the Jewish ethnicity during the Second World War for commercial activities, especially in a way that grossly distorts historical facts, as is the case here, is a sign of ignorance, cynicism and coldblooded."

CNN has sought to reach the company by phone and online.

At least 1.1 million people were killed in the camps at Auschwitz. The majority were Jewish victims of the Nazi genocide. Many Poles, gay and disabled people, and other persecuted minorities also perished in the Auschwitz death camps.

"We truly took this seriously and wanted to do it with utmost respect," Dosta? Se Ven's updated statement reads.