Hippo dies at zoo after 'cowardly and inhumane' attack 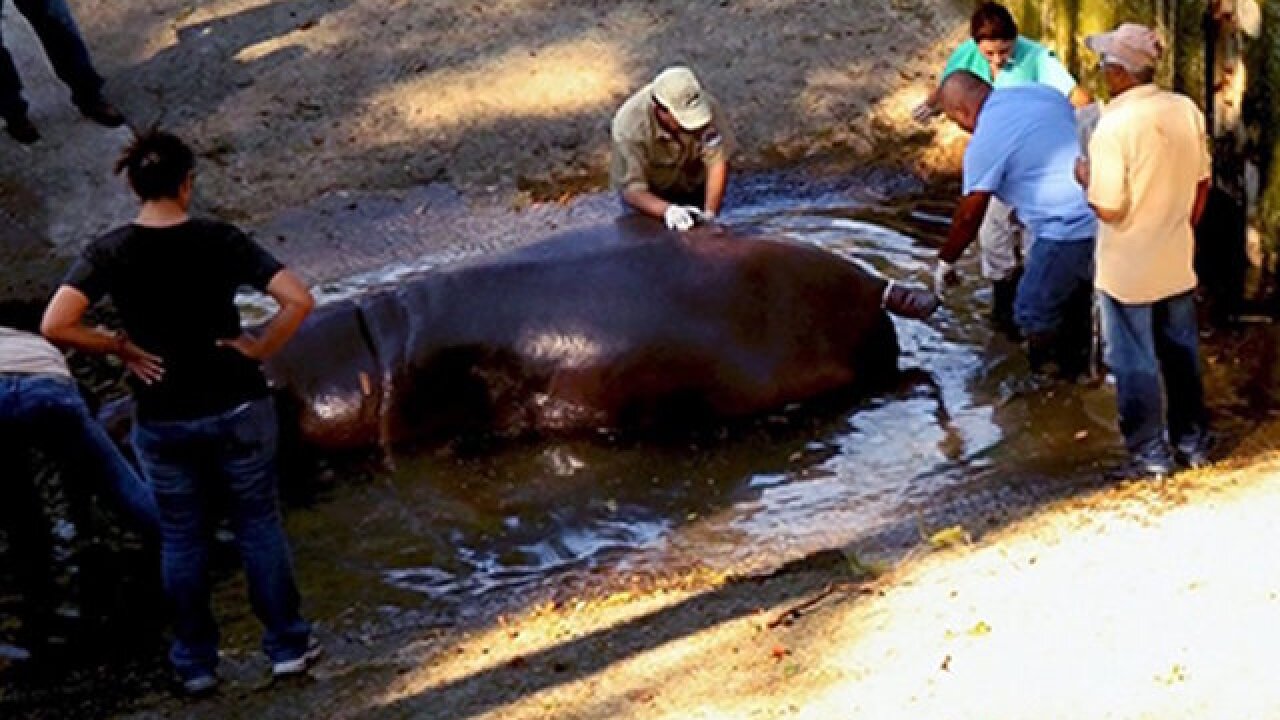 Copyright 2017 Scripps Media, Inc. All rights reserved. This material may not be published, broadcast, rewritten, or redistributed.
El Salvador Ministry of Culture
<p>Police in El Salvador are investigating an attack at the National Zoological Park that killed a hippopotamus named Gustavito.</p>

(CNN) -- Police in El Salvador are investigating a "cowardly and inhumane" attack at the National Zoological Park that killed a hippopotamus named Gustavito.

The 15-year-old hippo suffered "multiple blows on different parts of the body" from "blunt and sharp objects" in Wednesday's attack, the Ministry of Culture said in a statement.

The San Salvador zoo said veterinarians had been caring for the animal around the clock since discovering that he had been attacked. Despite their efforts, he died Sunday. The zoo plans to perform a necropsy to determine the exact cause of death.

Staff had noticed on Thursday that the hippo was displaying unusual behavior -- spending most of the day under water in his enclosure. He also had stopped eating.

The statement from the ministry said that during an examination veterinarians noticed he was suffering from "bruises, lacerations on the head and body, cramps and abdominal pain."

Zoo director Vladen Henríquez said Gustavito also had injuries to his feet and wounds on his cheek that could have been caused by an ice pick.

"There were injuries inside his mouth," Henríquez said, adding that they were probably inflicted "when the animal tried to defend himself."

Officials said they found pieces of metal and rocks inside the hippo's enclosure.

One of the zoo's main attractions, Gustavito had been in El Salvador for more than 12 years after being bought from Guatemala. As a result of the attack, authorities have doubled the security at the zoo.

Gigi Perla tweeted: "Whoever did this has to pay. My heart goes out to you and your keepers; may you rest in peace. #Gustavito #ElSalvador"