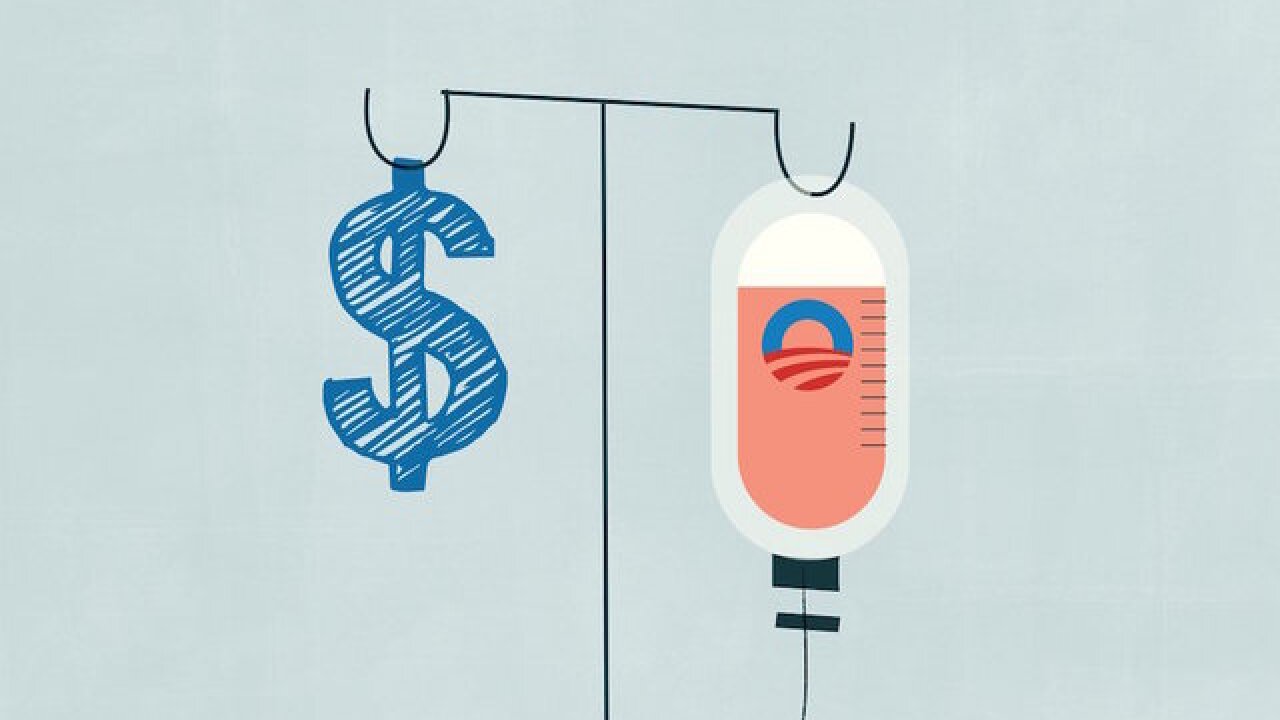 (CNN) -- Congressional Republicans struggling over how to repeal Obamacare are stuck on a key problem: what to do with the millions of people in 31 states covered under the dramatic expansion of Medicaid the law enabled.

So they have privately turned to a handful of governors to help resolve the issue -- including Wisconsin's Scott Walker and Ohio's John Kasich, according to several sources involved in the talks. The hope, according to congressional sources, is to let the governors cut a deal on an issue that directly impacts their states and let the White House and Republican leaders endorse the plan that eventually emerges.

The discussions underscore another key point: While President Donald Trump promises to soon unveil his own health care plan, lawmakers on Capitol Hill are drafting the bill -- while the Republican governors are likely to be the driving force behind the major entitlement reform over Medicaid coverage.

The stakes for Republicans are already high. At town halls this week, GOP lawmakers are getting earfuls from voters unhappy with possible rollbacks to Obamacare, and at times struggling to defend a replacement bill that doesn't yet exist.

At the center of the talks are four governors who have taken different approaches to Medicaid: Walker and Gov. Bill Haslam of Tennessee, whose states did not expand Medicaid under the law; and two governors from states that did: Kasich and Nevada Gov. Brian Sandoval. The discussions are likely to continue at the National Governors Association meeting in Washington this week, and as Kasich privately meets later this week with Trump at the White House.

"There are 700,000 Ohioans who now get care who didn't have it before," Kasich told CNN's Jim Sciutto on Sunday's "State of the Union," defending his state's Medicaid expansion. "And to turn our back on them makes no sense."

The thinking is that if these four can cut a deal, it will help resolve an issue that GOP leaders say is currently the biggest hurdle in putting together a plan to repeal President Barack Obama's Affordable Care Act. But they have a monumental task: resolving concerns from conservatives who want to turn Medicaid into a block grant program and alleviate fears from politicians who hail from states that accepted federal dollars to expand coverage for low-income adults under Obamacare.

"We're going to have to find a solution that accommodates those concerns," House Speaker Paul Ryan said last week.

Republicans are hoping to unveil a plan in March that could be voted on within the next several weeks. They are under a time constraint because they are using fast-track budget rules that will allow them to avoid a filibuster in the Senate and pass a repeal bill on a party-line vote.

The party is still divided over key issues -- including how far to take the repeal bill. Conservatives in the House Freedom Caucus want to pass a full-blown repeal bill that mirrors a plan that Congress approved in 2015 -- and Obama vetoed -- which would also repeal the Medicaid expansion.

Yet top Senate Republicans privately say that such an approach would not pass their chamber.

Moreover, a number of Republicans are demanding that the repeal bill also include some new provisions to help replace the law. As part of that approach, Republicans want to include in the repeal bill tax credits to help people purchase health insurance and reforms to Health Savings Accounts that would allow families to put more money into the accounts.

Yet, Senate budget rules limit how much of the health care law can be replaced through the process known as "reconciliation," meaning that the GOP will have to rely on skeptical Democrats to pass other health care bills and on Health and Human Services Secretary Tom Price to take executive action on other fronts.

But several people involved in the discussions say the biggest challenge right now is how to resolve the Medicaid dilemma. The fear among many Republicans is that gutting the program could leave many low-income individuals in their states without health care coverage if there's no viable alternative to replace it. Republicans are considering a plan -- advocated by Ryan -- where states would receive federal funding based on a formula created by a state's per capita Medicaid population.

While it's uncertain where they'll come down, Walker's support is seen as critical since he could presumably help sell the deal to conservatives who want to gut the entitlement program altogether.

"Gov. Walker and other governors around the country are on the front lines of this effort," said Tom Evenson, a Walker spokesman. "And they want to partner with the federal government to provide affordable and accessible health care."

And the Energy and Commerce Committee met in January with more than a dozen GOP governors from states that expanded Medicaid and those that did not, and discussions are continuing between the governors and the lawmakers, a committee aide said.

How the four GOP governors go along with the plan also could influence key senators from those states -- including Nevada Sen. Dean Heller, who is up for re-election in 2018 and whose governor is involved in the talks. And if Kasich cuts a deal, it could influence key Ohio Republicans in both chambers.