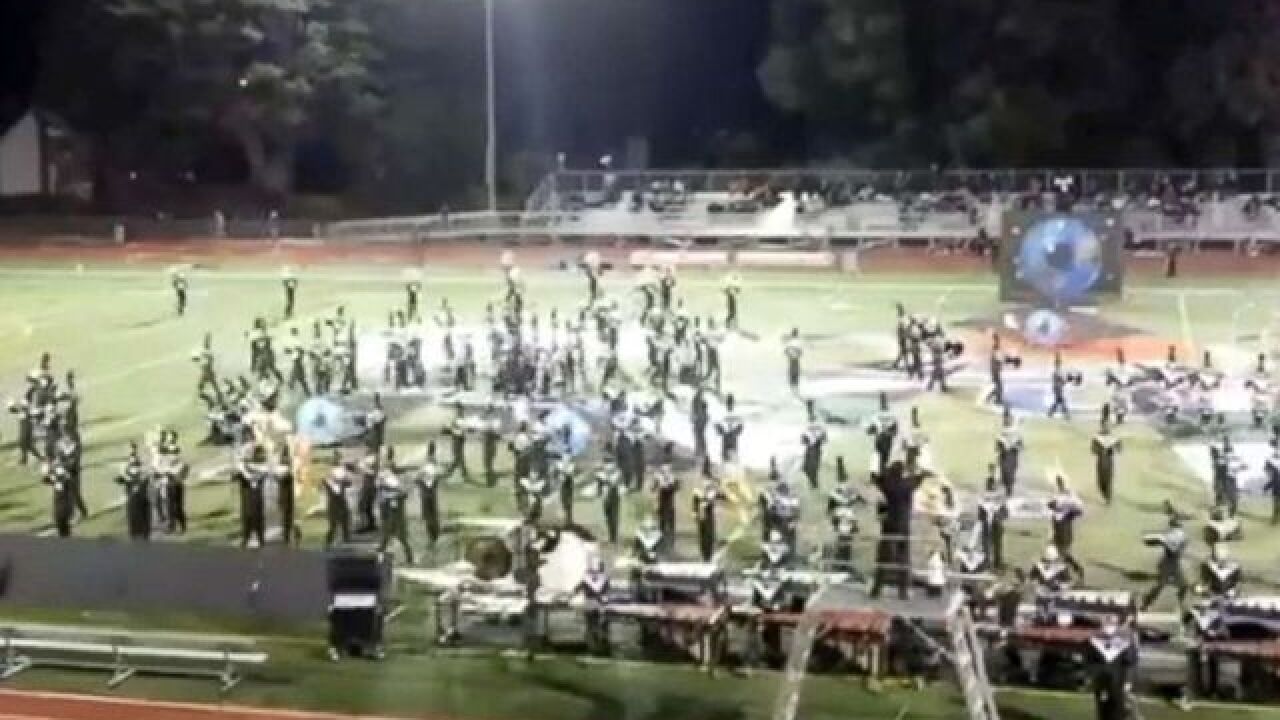 Copyright 2018 Scripps Media, Inc. All rights reserved. This material may not be published, broadcast, rewritten, or redistributed.
<p>Photo courtesy WXYZ</p>

Members of a Michigan high school's marching band expressed outrage after they were compared to sex workers because some of them weren't wearing bras.

Mary Hilton, a parent-volunteer at a practice session of the L’Anse Creuse High School marching band, was unhappy that some students were not wearing bras and expressed concern that it would distract the boys who were also part of the band, according to ABC affiliate WXYZ in Detroit.

"She told us that if we weren't wearing bras that we were just as low as hookers," a student, who preferred to remain unnamed, said on the phone. "They were going to move our shirts to the side of it on our shoulder to see if we were wearing a bra."

Hilton also happens to be a trustee of the board of education at L’Anse Creuse Public Schools.

The incident reportedly occurred on Aug. 17 and was brought up by a student at a school board meeting on Aug. 20.

“The district is aware of the incident and is working towards a resolution for all involved,” L’Anse Creuse Public Schools said in a statement.

Calls and emails sent by ABC News to the high school's administration and to Hilton were not returned immediately.

L’Anse Creuse Public Schools added that it did not have any kind of rule or dress code that touched upon students' undergarments, and emphasized that Hilton was not attending the band practice in the capacity of a board member.

"The question is why and how is a female, who is a minor, not wearing a bra by her choice considered a distraction," Julia Schnarrs, a member of the marching band who spoke at the school board meeting, said. "To see that it is a distraction is to sexualize the bodies of every young girl attending that camp."

"Why are we teaching girls that it is their fault they were born this way?" she added.

Several members of the high school's band were shocked and dismayed not only by Hilton's remarks but also by the prospect of being checked for a bra, WXYZ reported. And some parents weren't happy either.

"I would not be happy if it was my daughter who had to be checked every day to see if she was wearing a bra," said Kristen Guzman, the mother of a student in the band. "If they need to do that then I think they need to check the guys, too. What if they’re not wearing underpants because it’s too hot for them?"