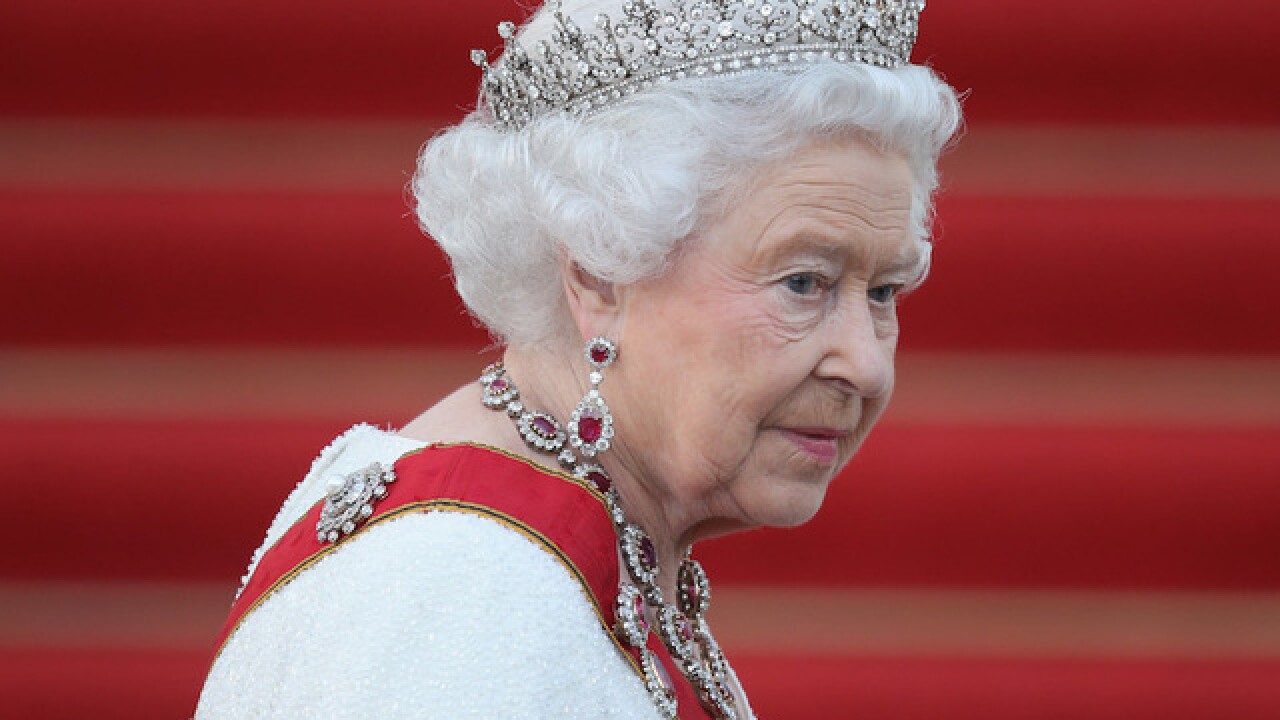 Copyright Getty Images
Sean Gallup
<p>Queen Elizabeth II arrives for the state banquet in her honour at Schloss Bellevue palace on the second of the royal couple's four-day visit to Germany on June 24, 2015 in Berlin, Germany. </p>

Queen Elizabeth will not attend a New Year's Day church service as she continues to recover from a "heavy cold," a Buckingham Palace spokesman says.

Despite her absence at church, the monarch is "up" and "working" Sunday, a royal source has told CNN. The source added that the Queen is "taking red boxes," a reference to the famous red boxes that contain government documents and other information and business pertaining to the Queen's role as head of state.

The 90-year-old monarch and her husband, Prince Philip, have been under the weather for most of holiday season, having previously delayed their traditional journey to their country home, Sandringham House, in Norfolk after falling ill before Christmas.

However, Prince Philip had recovered enough to attend church on Christmas Day, alongside his son Prince Charles, his grandson Prince Harry and other members of the royal family. The Queen remained indoors to recuperate from the persisting illness, according to an earlier Buckingham Palace statement.

It was the first year that the monarch has missed a Christmas Day church service since she began celebrating the holidays at Sandringham back in 1998.

Despite remaining fairly active in royal life, Britain's longest-serving monarch has been relinquishing some of her duties in recent months. In December, Buckingham Palace announced that the Queen will step down as the head of several charities and bodies at the end of her 90th birthday year, handing the reins to other members of the royal family in the coming months.

"Her Majesty is currently Patron of more than 600 organisations and has enjoyed a close and active association with a great number of them throughout her reign," a statement from Buckingham Palace said.

"Her Majesty will continue to serve as Patron to hundreds of charities and institutions but will now share this work with her family," it added.

This decision follows a similar move by her husband, who resigned from a number of Patronages on the occasion of his 90th birthday in 2011.