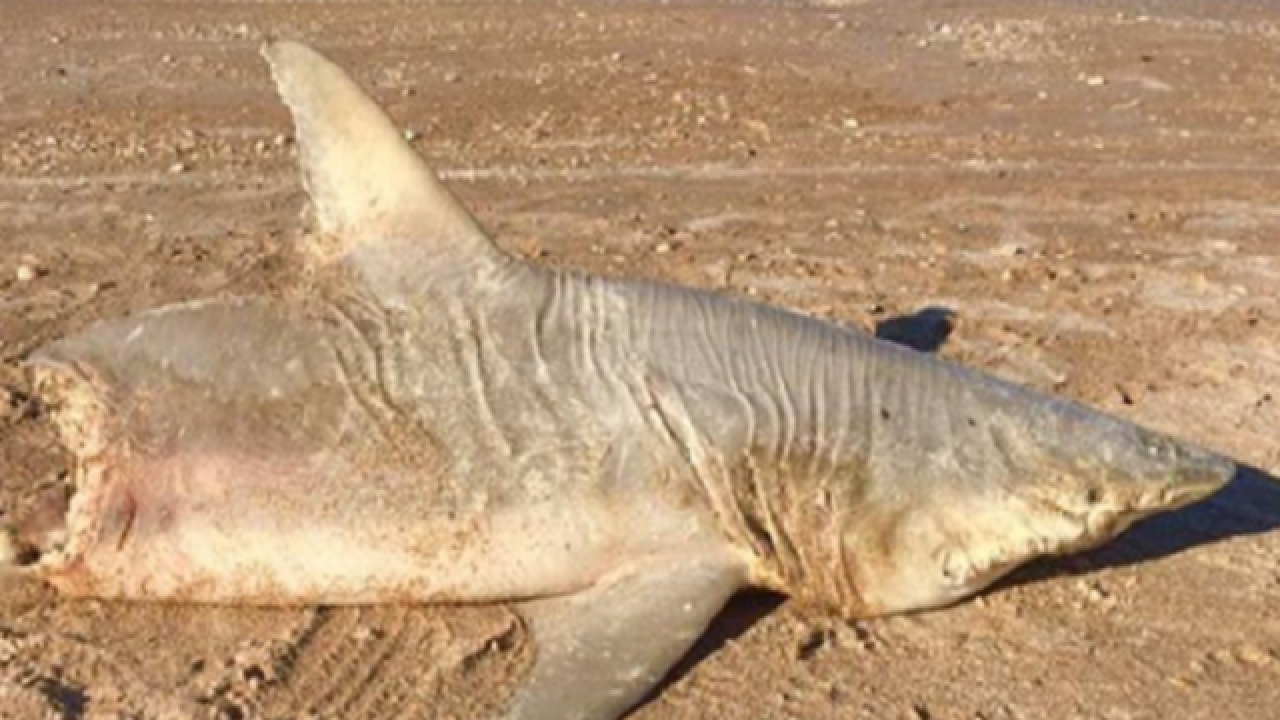 Turns out a shark isn’t the most terrifying thing you can find at the beach.
Even scarier than seeing a live shark, is seeing a shark that’s half-eaten – meaning there’s something even bigger lurking around.

That’s what beachgoers at Florida’s New Smyrna Beach stumbled across Saturday morning, Volusia County (Fla.) Beach Safety officials said. The half-eaten shark had washed onto shore.
According to WKMG, it’s unclear what type of predator bit the shark or how far offshore it happened, but officials say it was certainly attacked by a bigger fish.
Citing beach safety spokeswoman Tammy Morris, WKMG reports that the shark was either a blacktip or a spinner shark.
While half-eaten sharks do not wash ashore very often, it’s not unheard of, Morris said.
Copyright 2017 Scripps Media, Inc. All rights reserved. This material may not be published, broadcast, rewritten, or redistributed.