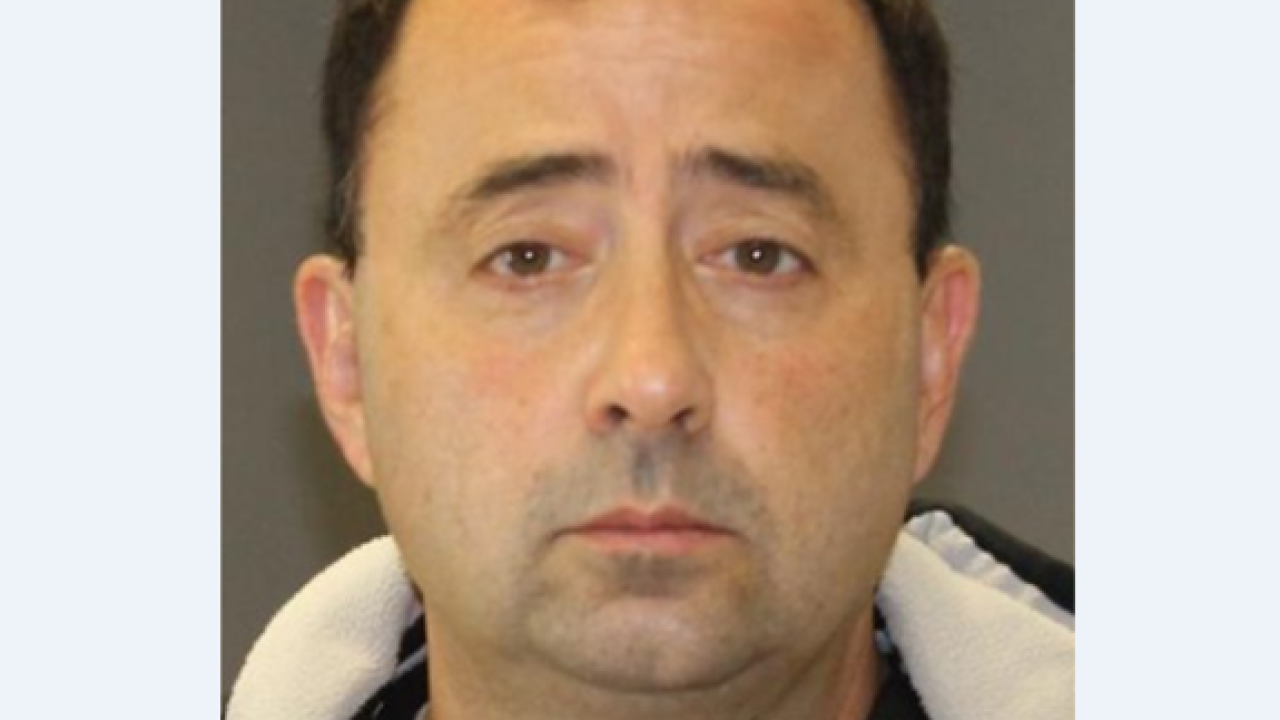 (CNN) -- A former gymnastics physician who's accused of sexually assaulting dozens of women and girls in his care is facing a new a round of criminal allegations.
Larry Nassar has been charged with 22 felony counts of first-degree criminal sexual conduct, Michigan Attorney General Bill Schuette said Wednesday.
Federal, state and university agencies are investigating dozens of reports against Nasser, 53, who served as the USA Gymnastics physician in four Olympics competitions and team doctor for Michigan State University's gymnastics and women's crew teams.
The latest charges, filed in two Michigan counties, stem from allegations that Naser sexually abused young female athletes under the guise of medical care in his home and medical settings, including the MSU sports medicine clinic and Twistars Gymnastics Club.
"This guy is disgusting. This guy is despicable. He is a monster," Schuette said.
Two of the alleged victims were under 13 and seven were between the ages of 13 and 16, Schuette told reporters. Each of the 22 charges carry potential life sentences, and Schuette has instructed his team to seek the highest possible sentence.
Nasser's attorney, Matt Newburg, told CNN he was aware of the charges and had no comment.
Nassar, a father of three school-aged children, faces a total of 28 criminal counts, including three counts of felony first degree sexual conduct charges from November and three federal child pornography charges.
The charges
Michigan State University police received their first complaint against Nassar in August 2016, the attorney general's office said.
Two former gymnasts went public with allegations against Nassar in September 2016 in an Indianapolis newspaper. After the published news story, MSU police received more complaints alleging abuse by Nassar, leading the department to seek assistance from Schuette's office.
Campus police are investigating more than 80 reports against Nassar, Chief James Dunlap said.
More than 600 investigation reports have been compiled, thousands of supporting documents reviewed and nearly 300 people interviewed as part of the investigation, he said.
The lawsuit brought by alleged victims
Nasser also faces a federal lawsuit from 18 women and girls alleging that he sexually assaulted them repeatedly for years during physical examinations.
The suit also names as defendants USA Gymnastics, the national governing body for the sport, with whom Nassar was affiliated from 1996 to 2015; Michigan State University, where Nassar worked from 1996 to 2016; and Twistars USA, a Michigan gymnastics facility where Nassar also worked.
The plaintiffs are current and former athletes in a variety of sports, including gymnastics, swimming, figure skating, track and field, field hockey, basketball and soccer. They said the abuse began in the late 1990s and continued into 2016. Most of the girls were teenagers at the time of the alleged assaults, although some were as young as 9, according to the lawsuit.
The lawsuit alleges that USA Gymnastics, MSU and Twistars were negligent in allowing the abuse to occur, and that Michigan State kept Nassar on its staff even though at least three of his patients had filed complaints about his behavior.
The suit claims that MSU investigated one of the alleged victims' complaints in 2014 but dismissed them after determining that the victim "didn't understand the 'nuanced difference' between sexual assault and an appropriate medical procedure."
Michigan State fired Nassar last fall and has launched an internal investigation.
In a statement, the school said an internal review "discovered no evidence that any individuals came forward to MSU with complaints about Nassar before Aug. 29, 2016, other than the 2014 complaint that was investigated by MSU Police and our Title IX office."
USA Gymnastics said in a statement that it was appalled by the allegations.
"When we first learned of athlete concerns regarding Dr. Nassar in the summer of 2015, we immediately notified the FBI and relieved him of any further assignments. USA Gymnastics has fully cooperated with the FBI in its investigation. We find it appalling that anyone would exploit a young athlete or child in this manner, and we are grateful to the athletes who have come forward."
Calls to Twistars USA were not immediately returned.
Nassar will be arraigned Thursday.
The-CNN-Wire
™ & © 2017 Cable News Network, Inc., a Time Warner Company. All rights reserved.
KNXV