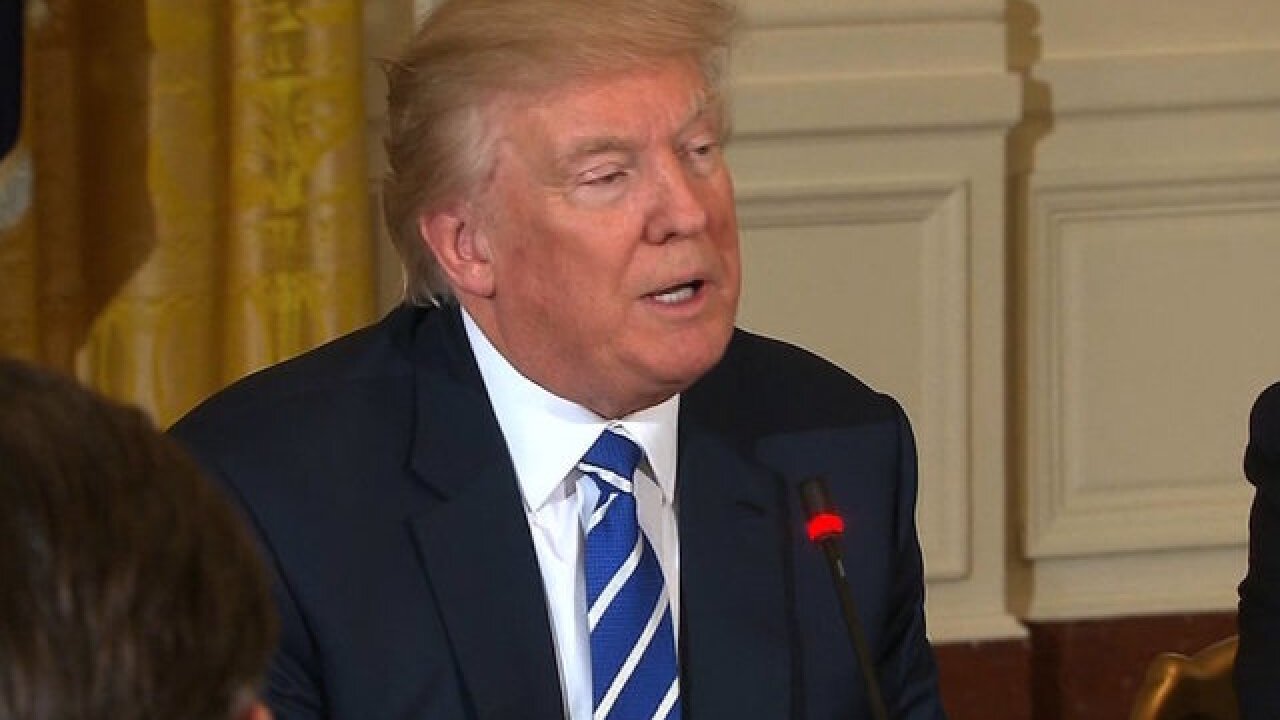 The House Energy and Commerce Committee voted to move the bill to the House floor after a marathon hearing lasting 27 hours and 18 minutes, hours after the Ways and Means panel registered the first milestone for the American Health Care Act, endorsing it after their own 18-hour session.

The bill, which is strongly backed by the White House, marks a crucial first legislative test for Trump's capacity to enact his agenda and could represent the Republican leadership's last best hope for dismantling former Democratic President Barack Obama's proudest domestic achievement.

The White House is convinced that it can bring around skeptics of the bill in the House and the Senate -- one reason why Trump is stepping up his engagement, with high profile meetings with leading GOP figures in the debate.

"He gets the complexity of this," a senior administration official said. "It's a sell for him," the official said, adding that Trump sees himself as the ultimate deal maker and "I think he's willing to cut deals," to get this legislation passed, the official said.

Trump said Thursday that people should ignore the skeptics and opposition.

"Despite what you hear in the press, healthcare is coming along great. We are talking to many groups and it will end in a beautiful picture!" he tweeted.

Despite what you hear in the press, healthcare is coming along great. We are talking to many groups and it will end in a beautiful picture!

The President isn't alone in his pitch. House Speaker Paul Ryan gave an extensive defense Thursday morning in the form of a press briefing that was part classroom lecture and part corporate strategy session -- complete with Power Point presentation -- on the plan the White House and Republican leadership are placing their hopes in.

He argued that the wish list items of many conservatives was impractical given the constraints involved in passing the repeal bill through the reconciliation process in the Senate that allows the passage of spending and debt bills while bypassing the filibuster.

"That's the legislative process. That's what we're going through. And what people are sort of learning is this reconciliation tool is pretty tight. There's a lot of stuff we would love to put in the bill, but unfortunately the Senate rules don't allow us to do that.

"And that's where you see a lot of confusion and a lot of frustration, understandably so."

Two key conservative skeptics of the bill, Reps. Jim Jordan and Mark Meadows, were expected to be at a White House lunch for lawmakers on Thursday.

Still, despite the White House's laudatory attitude to the self described deal making mastery of the President, piloting the bill through Congress represents an intricate and risky test for a new President -- who has substantial quantities of political capital and prestige on the line. Failing to enact the measure could deal a serious blow to his young administration and he has said himself could incite a "blood bath" for Republicans in midterm elections next year. If the measure hits a road block, the White House could yet come to regret invoking Trump's deal making prowess at such an early stage.

Furthermore, if predictions by opponents of the bill that it could cut coverage for many Americans had come to rely on through Obamacare are borne out, there could be a painful political price to pay for the President and his party down the road -- at least that's what Democrats believe.

Trump however told conservative groups critical of the legislation at the White House on Wednesday that if the full court press to pass the bill fell short, he would let Obamacare fail and blamed Democrats, sources said.

There are increasing signs of dissent among prominent Republicans who are worried that the attempt to build quick momentum for the plan by the White House and House Speaker Ryan could end up being counterproductive.

"GOP shouldn't act like Dems did in O'care. No excuse to release bill Mon night, start voting Wed. With no budget estimate," he added in a follow-up tweet.

Republican leaders have started action on the bill without waiting for an analysis from the nonpartisan Congressional Budget Office. Democrats have charged that the decision reflects anxiety that the CBO will rule that the legislation will deprive millions of health insurance. House leaders say there will be no final floor vote on the bill until the CBO has scored the measure.

Another prominent Republican, Rep. Steve King also warned Thursday that an overly hasty approach to pass the bill could backfire.

"We should have had more time to digest it. I would have rather seen it out for a week or 10 days before they go to a committee and mark it up," the Iowa conservative told CNN's "New Day."It really isn't much time for anybody to bring amendments to try to make the change."

"At this point, if I were leadership, I wouldn't back up, but I would have given a little more time at the beginning," he added.

AARP, AMA among outside opponents

The bill has other opposition as well. Major hospital and medical groups have warned the approach could cut coverage for many Americans. Conservative Republicans have branded the bill "Obamacare Lite" and say it does not go far enough to return to a pure market-based system.

The American Medical Association, which bills itself as the largest organization of doctors in the nation, sent a letter to the two committees, detailing its critique of the bill, known as the American Health Care Act.

"While we agree that there are problems with the ACA that must be addressed, we cannot support the AHCA as drafted because of the expected decline in health insurance coverage and the potential harm it would cause to vulnerable patient populations," the letter stated.

Major hospital organizations, including the American Hospital Association and the Federation of American hospitals have also come out against the bill. The largest seniors organization, the AARP had warned Tuesday the measure would weaken Medicare and Medicaid. Some conservative medical lobby groups have supported the measure.

"We would love to have every group on board," Spicer said, adding, "This isn't about figuring out how many special interests in Washington we can get paid off. It's about making sure that patients get the best deal, that lowers prices and brings back cost."

In both committee rooms Wednesday and into Thursday, GOP lawmakers dismissed questions about the bill's cost and claims it would result in millions of Americans losing insurance coverage. Democrats mixed assaults on the legislation with diversionary tactics meant to embarrass Trump -- such as highlighting his refusal to release his tax returns.