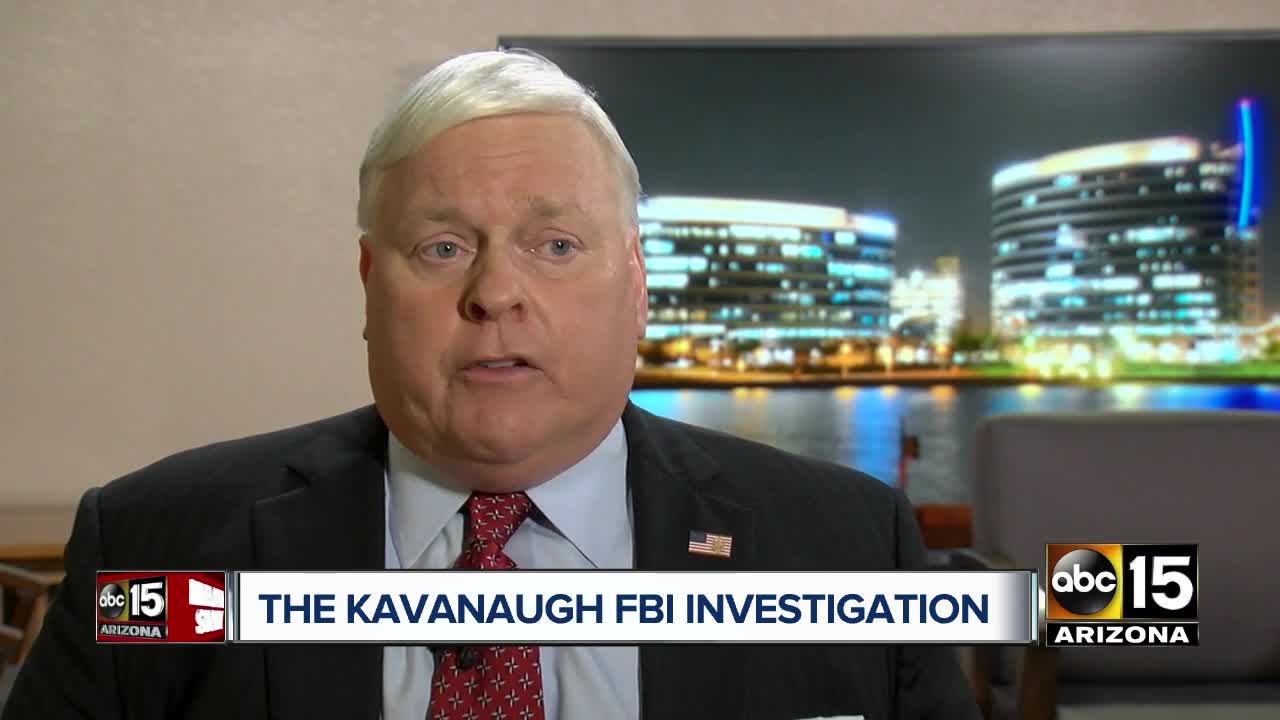 President Donald Trump is directing the FBI to launch a supplemental investigation into his Supreme Court nominee Brett Kavanaugh at the request of the Senate Judiciary Committee. 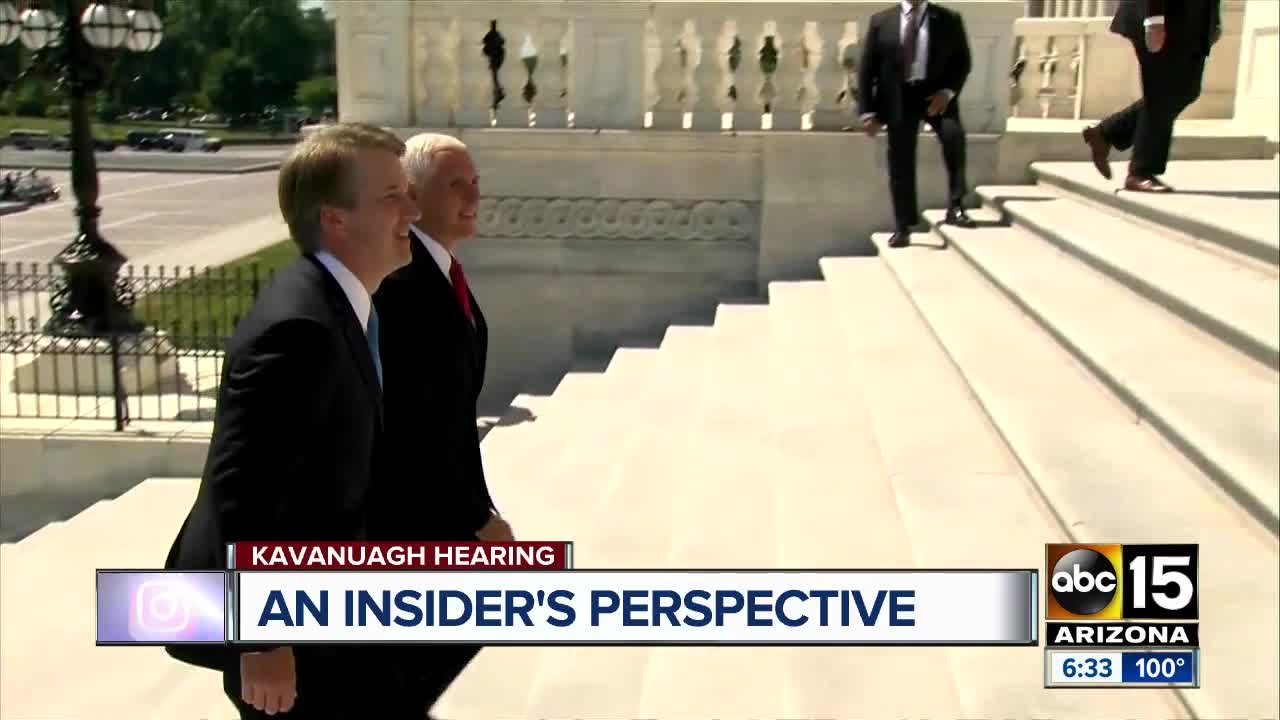 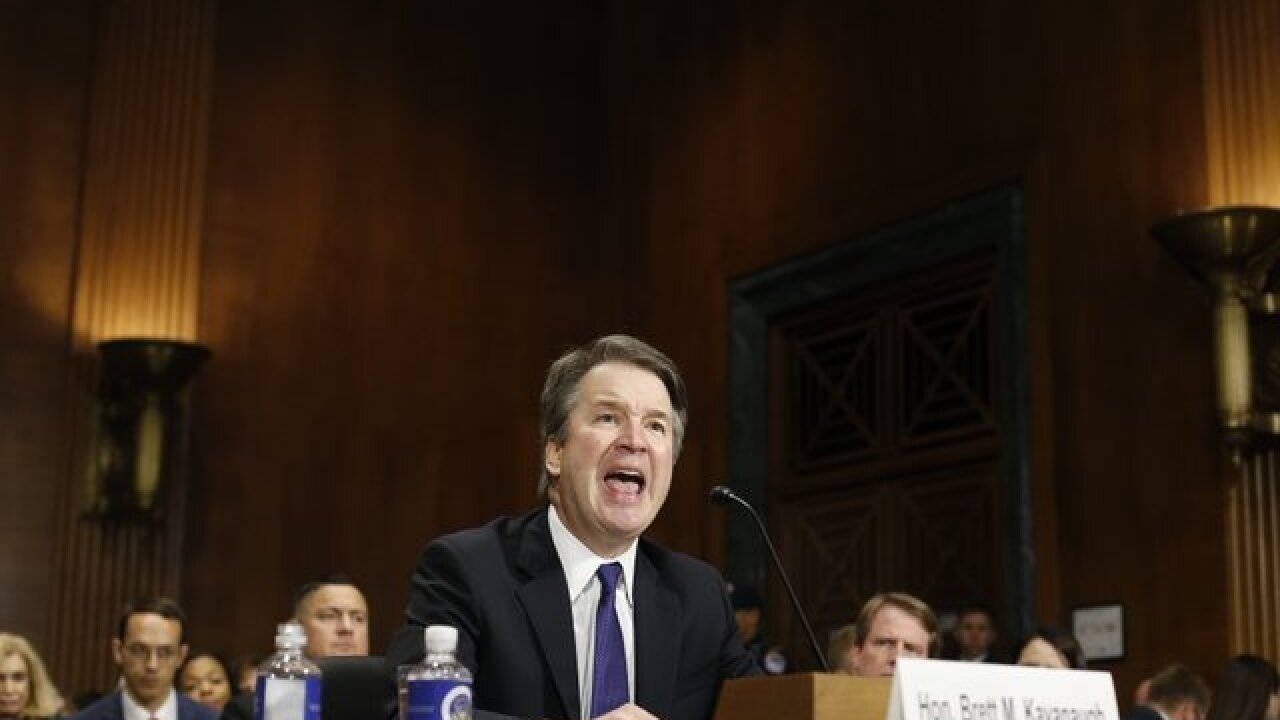 President Donald Trump is directing the FBI to launch a supplemental investigation into his Supreme Court nominee Brett Kavanaugh at the request of the Senate Judiciary Committee.

Trump says in a statement that the updated investigation, which comes in response to sexual misconduct allegations, "must be limited in scope" and "completed in less than one week."

The decision marks a reversal for the administration, which had argued that Kavanaugh had already been vetted.

"The FBI has been asked to get involved because there is no better law enforcement agency to do this. This is what they're good at it," explained retired Special Agent John Iannarelli, who spent a decade as the head of the Phoenix FBI office.

"What the FBI does is not draw conclusions. FBI agents are like scientists. They go out and they get the evidence. They bring back the facts. It's up to the politicians to decide from there," Iannarelli said.

But with no or very little physical evidence, how does the FBI even begin to investigate? Iannarelli says interviews and statements could be very revealing and very tough for witnesses.

"They can be uncomfortable interviews because you're revealing so much personal information. But that's how you gather these types of statements," Iannarelli said.

Kavanaugh has adamantly denied the allegations.

Senate Republican leaders agreed Friday to delay a final vote on Kavanaugh to allow time for an investigation by the FBI at the request of Arizona Sen. Jeff Flake.

After a dramatic flurry of last-minute negotiations, Kavanaugh cleared a key procedural hurdle Friday, but his confirmation prospects were still deeply uncertain as Republicans agreed to ask for a new FBI investigation into sexual assault allegations.

Under pressure from moderate members, Republican leaders said they would allow the new probe for up to one week, slowing their rush to confirm Kavanaugh shortly after the new high court term opens on Monday.

Friday's developments unfolded a day after Kavanaugh and an accuser, Christine Blasey Ford, testified in an emotional, hours-long hearing that was televised nationwide. Kavanaugh angrily denied the allegation that he assaulted Ford while they were both in high school, but she said she was "100 percent" certain he was her attacker.

Flake, a key moderate Republican, was at the center of Friday's drama and uncertainty. In the morning, he announced that he would support Kavanaugh's nomination. Shortly after, he was confronted in an elevator by two women who, through tears, implored him to change his mind. The stunning confrontation was captured by television cameras.

After huddling privately with his colleagues, Flake announced he would vote to advance Kavanaugh's nomination to the full Senate only if the FBI were to investigate the allegations against the judge. Democrats have been calling for such an probe, though Republicans and the White House have insisted it's unnecessary.

The committee vote was 11-10 along party lines.

Flake said that after discussing the matter with fellow senators, he felt it "would be proper to delay the floor vote for up to but not more than one week."

Attention quickly turned to a handful of undecided senators. West Virginia Democratic Sen. Joe Manchin said he supported Flake's call to push off a full Senate vote until the FBI investigates Ford's allegation. He said the probe should happen "so that our country can have confidence in the outcome of this vote."

It was unclear if Republican Sens. Susan Collins of Maine and Lisa Murkowski of Alaska would do the same.

With a 51-49 majority, Senate Republicans have little margin for error on a final vote, especially given the fact that several Democrats facing tough re-election prospects this fall announced their opposition to Kavanaugh on Friday. Sens. Bill Nelson of Florida, Joe Donnelly of Indiana and Jon Tester of Montana all said they would vote no.

During Thursday's hearing, Democrats repeatedly peppered Kavanaugh with questions about whether he would support an FBI investigation. He demurred, saying he would back whatever the committee decided to do.

The FBI conducts background checks for federal nominees, but the agency does not make judgments on the credibility or significance of allegations. It compiles information about the nominee's past and provides its findings to the White House, which passes them along to the committee. Republicans say reopening the FBI investigation is unnecessary because committee members have had the opportunity to question both Kavanaugh and Ford and other potential witnesses have submitted sworn statements.

If the FBI does reopen the background investigation, agents could interview accusers and witnesses and gather additional evidence or details that could help corroborate or disprove the allegations.

Democrats have been particularly focused on getting more information from Mark Judge, a high school friend of Kavanaugh who Ford said was also in the room during her alleged assault. In her gripping testimony, Ford said Kavanaugh and Judge's laughter during the incident has stuck with her nearly four decades later.

Judge has said he does not recall any such incident. In a new letter to the Senate panel, he said he would cooperate with any law enforcement agency assigned to investigate "confidentially."

Flake, a 55-year-old Arizonan, has made himself a central character in the drama. As a retiring Republican, with no public plans to face GOP voters soon, Flake has emerged this year as a vocal and biting Trump critic and an advocate for bipartisan cooperation in Washington, even has he largely votes with his party.

Flake's post on the committee has given him another platform. In recent weeks, he's acted as a committee liaison to the Democrats and moderates Republicans urging a slower process. Last weekend, he pushed the committee to give Ford more time to decide whether to testify. Democrats have been eyeing him as a possible "no" vote, leaving many surprised to see him announce Friday morning that he backed the judge. He made clear hours later his vote wasn't yet secure.