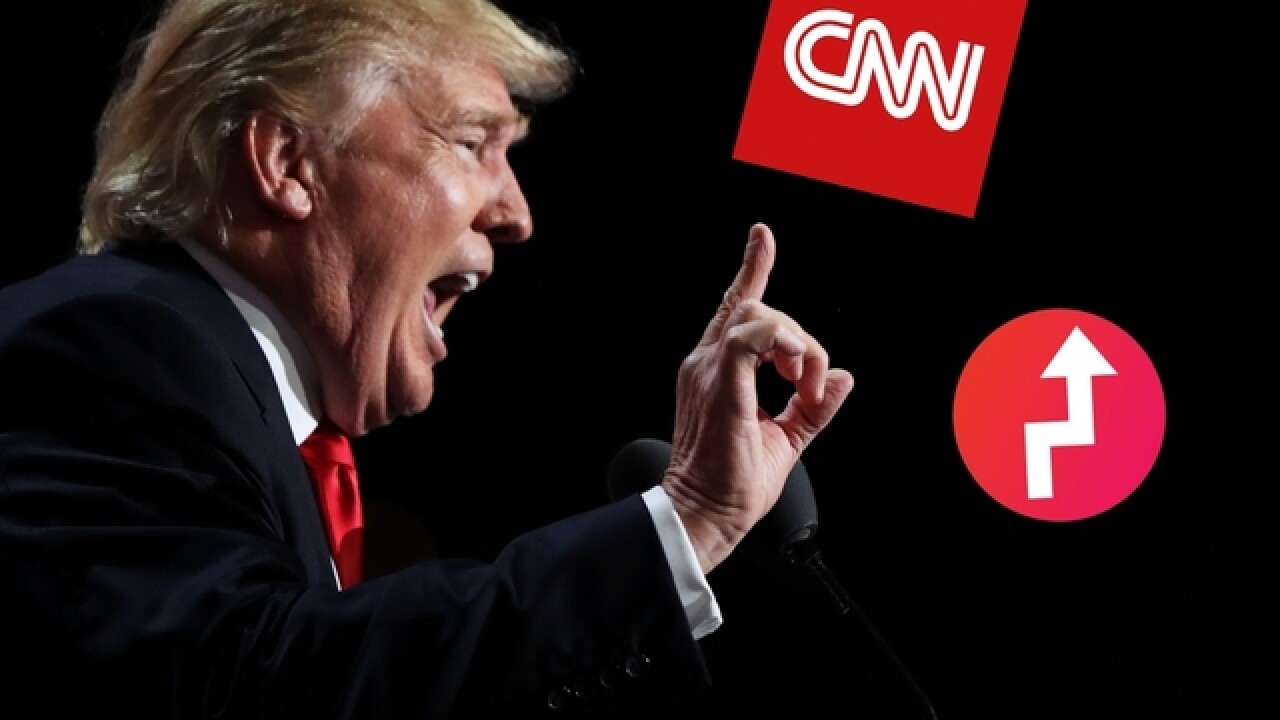 By: CNN
Posted at 7:19 PM, Jan 12, 2017
NEW YORK (CNNMoney) -- Rudy Giuliani on Thursday gave CNN details about how President-elect Trump wants to create a council of CEOs and cybersecurity executives to regularly brief him about hackers attacking American businesses.
The president traditionally gets intelligence updates from a daily brief written by the Office of the Director of National Intelligence. Those briefings generally include significant cybersecurity breaches.
Giuliani, who was named by President-elect Trump to head up a cybersecurity commission, said Trump plans to have a "private sector cybersecurity council" that meets with the president several times a year.
The new approach will reflect the real estate mogul's affinity for the business world.
"This is very much President Donald J. Trump style," Giuliani told CNN in an interview. "He's a hands-on president. And he's going to want to hear from the private sector directly."
"He has this essential bias. Most of the best solutions come from the private sector anyway. Let's get them fed into government," Giuliani said.
The group will include top executives from several industries, as well as experts from cybersecurity firms. The idea is to have a council that represents the American economy -- such as pharmaceuticals, finance, the energy grid -- and can talk about the cyberattacks they face.
"We're going to provide unfiltered information without a report: Here are the problems, here is how they're dealing with it," Giuliani said. "It starts with CEOs talking about what they're seeing firsthand."
For now, the idea is to have a rotating council that will occasionally feature different industries -- but always include cybersecurity firms, Giuliani said.
The hope is that getting so many executives in one room will illicit new ideas.
"This is like cancer. Everybody is studying it. Everybody has solutions. But nobody really talks to each other. Maybe we've cured it and don't know," Giuliani said.
The quickly growing cybersecurity industry does meet regularly at conferences across the globe. As it's mostly made up of academics and former spies, the computer security world routinely shares groundbreaking research and coordinates on campaigns to fight off hackers.
Success has been limited in defending against criminal hackers and government espionage largely because of two things, experts say. Everyday users carelessly expose themselves online, and commercial products are riddled with security flaws.
But the Trump administration sees hope in a direct channel to private industry -- which is where most of the cybersecurity comes from. The global cybersecurity market is projected to reach a $120 billion this year, according to market researchers.
Much of that is overseas, which is why Trump wants to invite international cybersecurity firms onto this high-level group at the White House.
"The president has said, 'Don't limit it just to the U.S. if there are solutions and approaches that are coming from other countries.' For example, Israel has done a great deal of work," Giuliani said.
CNN asked if Trump would consider Kaspersky, a popular and well-respected cybersecurity firm from Russia.
"Under the current set of circumstances, that would be highly unlikely," Giuliani said with a laugh.
The-CNN-Wire
™ & © 2017 Cable News Network, Inc., a Time Warner Company. All rights reserved.
Copyright 2017 Scripps Media, Inc. All rights reserved. This material may not be published, broadcast, rewritten, or redistributed.