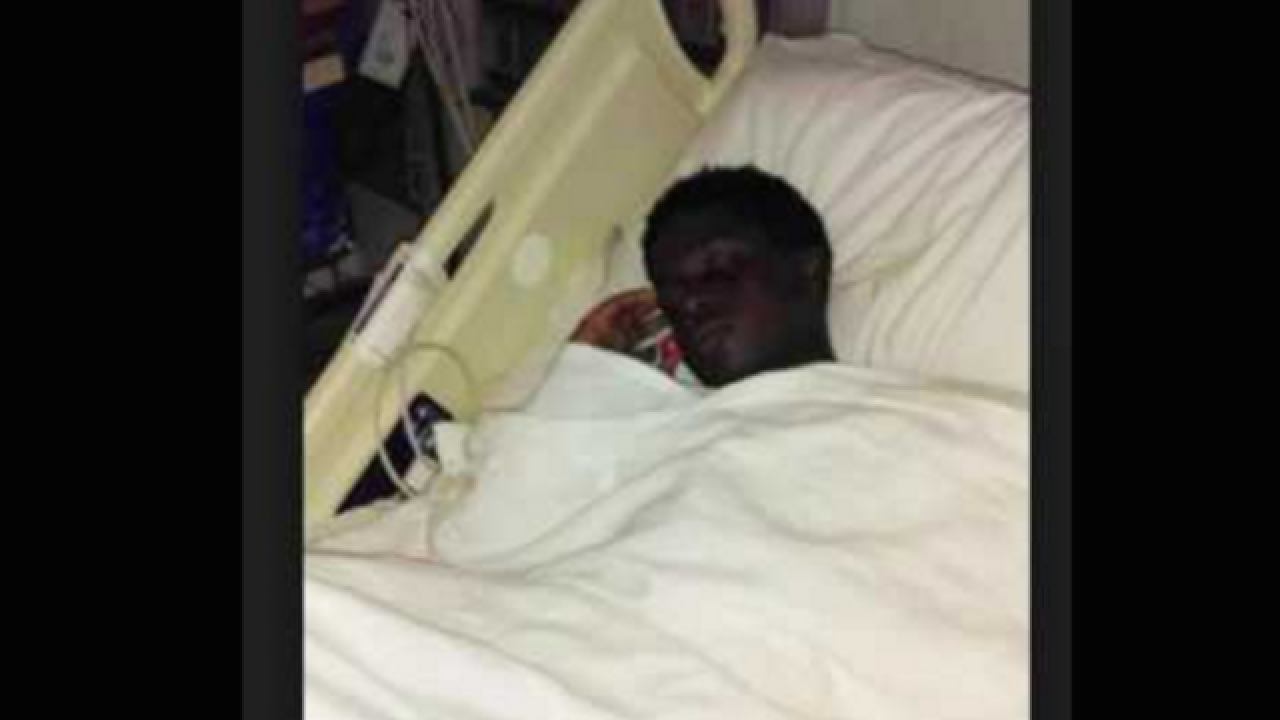 <p>Montravious Thomas had part of his leg amputated Tuesday after a contracted employee at his school tackled him in September. Thomas' lawyer also claims he did not receive adequate medical care.</p>

A 13-year-old boy from Georgia had part of his leg amputated Tuesday after he was allegedly “body slammed” by a contracted employee at his school in September.

According to the Atlanta Journal-Constitution , Montravious Thomas’ leg was seriously injured by Bryant Mosley, an employee contracted by the Edgewood Student Services Center when he was thrown the floor. Reports say that Thomas was trying to make his way to the principal’s office so he could call his mother for a ride home.

At one point during the altercation, Thomas says he was face down on the floor with Mosley’s entire weight on top of him.

When Thomas told school officials he could not walk to the bus, the contractor who tackled him picked him up and carried him to the bus.

Thomas’ mother took him to the emergency room later than evening, and he was eventually airlifted to an Atlanta hospital. After several surgeries to restore blood flow to his leg, doctors amputated his leg just below the knee on Tuesday.

According to the Muscogee County School District, Mosley is no longer providing services to the district.

Tucker says that no charges have been filed, but the family plans to file a civil suit soon.