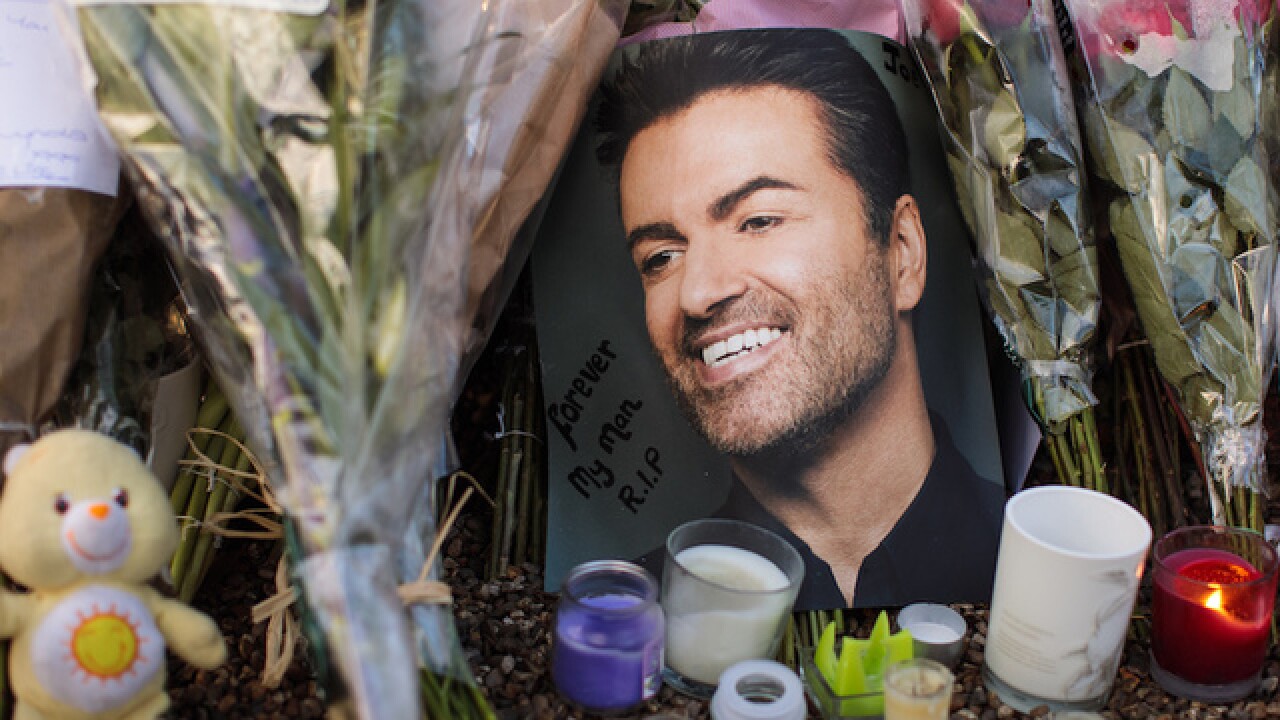 Copyright Getty Images
Jack Taylor
<p>Tributes of flowers, photographs and candles are left outside the home of pop music icon George Michael in The Grove, Highgate on December 28, 2016 in London, England. Singer George Michael died on Christmas day in his country home in Oxfordshire at the age of 53 on December 25.</p>

But what does that phrase "natural causes" mean? Or, rather, what is "unnatural" about something that happens to everyone? Is it just for the old? Does cancer count as "natural?"

The answers are more complicated than the simple, common phrase would lead many to believe, and they even have legal ramifications.

For Michael, 53, the "natural causes" were a heart condition known as dilated cardiomyopathy with myocarditis. He also had a fatty liver, according to Oxfordshire's senior coroner Darren Salter.

Here is a look inside the process doctors go through to determine whether a death was "natural," and what exactly that means (or doesn't).

What are 'natural causes'?

It might not seem to mean much at all. But when a death certificate says a person's death was "natural," it is really ruling out the involvement of external causes. The person did not take their own life and they were not killed by somebody else or in an accident such as a car crash or drug overdose.

"It's solely and exclusively due to natural causes, a natural disease process ---infection, cancer, heart disease, all of those things that are going to carry us off at some point along the way," Fowler said.

Death certificates almost always include more details about specifically how the body failed, such as heart disease or kidney failure, even if it is only the best guess of the coroner (a trained official) or medical examiner (a doctor) charged with investigating the death.

"When a medical examiner fills out a death certificate, it's their medical opinion based on all their experience and training that this is what happening," said Dr. David R. Fowler, president of the National Association of Medical Examiners.

"You're rather like a judge. You weigh the evidence, and based on the predominance of evidence you come to a decision that I think this is what caused the problem, but I'm going to be an honest person and list all these other causes," Fowler said. These other causes appear in a second section of the death certificate for potential contributing causes.

But that's not to say that something in the environment can't trigger a natural death. "If I'm playing a sport and have heart attack ... or shovel snow and have a heart attack because I stressed myself, that's natural," Fowler said. Yet if those activities precipitate a death that might not have otherwise happened, for example if shoveling snow caused hypothermia, that could be considered an accident, he added.

Not a cause but a manner of death

To capture all these nuances, death certificates go beyond just stating whether the death was natural or not.

There is only a small section on most death certificates where doctors check a box to indicate the "manner of death" as natural, accident, suicide, homicide or "undetermined." There is a more involved section for "cause of death." Here doctors are required to try to specify the immediate cause of death, along with the underlying condition that led up to it, and how long before death they occurred.

For example, on a death certificate where the manner of death is listed as natural, the immediate cause of death could be a tear in the heart wall that happened minutes before death, and the underlying causes could be a heart attack or heart disease that took place in the days, months and years before death.

How common is 'natural' death?

Globally, most deaths are considered natural. It was true a century ago and it is true today. The most common specific causes of natural deaths in the United States have shifted from the scourges of the early 1900s -- tuberculosis, influenza, diarrhea -- to modern killers such as heart disease and cancer. But through it all, accidents, suicides and homicides have made up less than 10% of total deaths.

When a medical examiner determines a death to be natural, Fowler explained, they are usually able to list with a "reasonable degree of medical certainty" the threshold that states generally ask for: what the likely causes were. "It's unusual to have a natural manner of death and unknown causes."

Do you need an autopsy?

In 2016, the decision not to perform an autopsy on Antonin Scalia drew criticism because of the many questions surrounding his sudden death and because he was an important public figure. A county judge determined the death to be natural, despite not having seen the body.

"It's entirely possible and acceptable practice to not do an autopsy and call (the death) natural, as long as by external examination there are no lumps, bumps, bruises," Fowler said. "In many cases, based on past medical history and an inspection of the (death) scene, and if the person is of the right age, it's not unacceptable," he added.

Scalia, for example, had been reported to have heart problems.

However, in the case of a younger person with no history of a medical condition, "an autopsy becomes a much more critical part of the process. Young people don't just die suddenly," Fowler said.

Is a death ruling final?

Although death certificates are meant to give closure and peace of mind to family members of the deceased, they are not necessarily final. States generally require death certificates be completed within several days of death, unless an extension has been granted. But if new information about the death, such as the results of an autopsy, becomes available, the physician handling the certificate can amend it.

Death certificates have myriad uses beyond giving families closure or peace of mind. Researchers use the information to measure the health status of an area, track medical conditions and set research and policy goals. Family members of the deceased may be required to submit a certificate to receive payment from life insurance programs, settle their loved one's estate or to get a burial permit.

Certificates are also key in wrongful death lawsuits brought against, for example, a physician for alleged medical malpractice or a driver for alleged negligence that caused a fatal car crash.

'Natural death' can still be preventable

Although it may seem like a natural death would be the most straightforward conclusion to life, it is not always the case.

"There are more potential legal outcomes when the manner of death is not natural, but there is still significant potential for legal outcomes when a person died of a natural manner of death," Fowler said. "If you put a natural cause of death on a death certificate, there's still a chance that the treating physician could be sued by the family. (They) might want more information to know if this is something that could have been prevented."