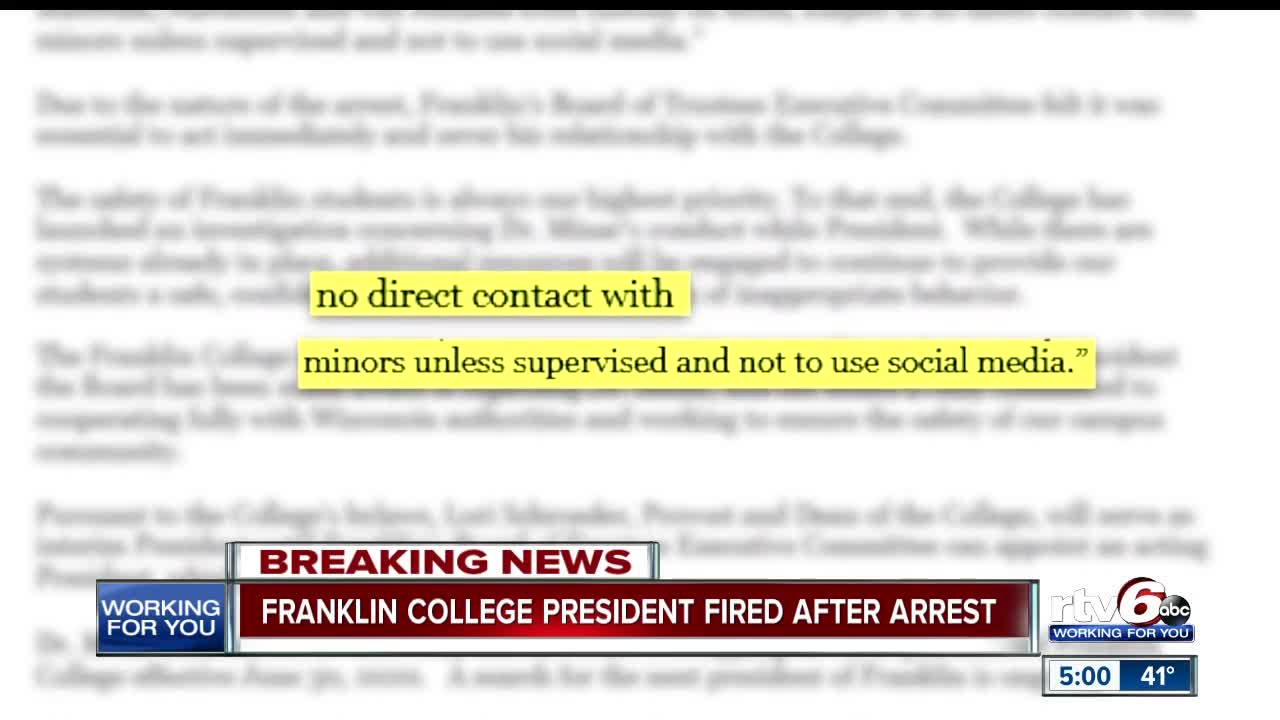 The president of Franklin College was fired Saturday after his arrest in Wisconsin for online child solicitation. 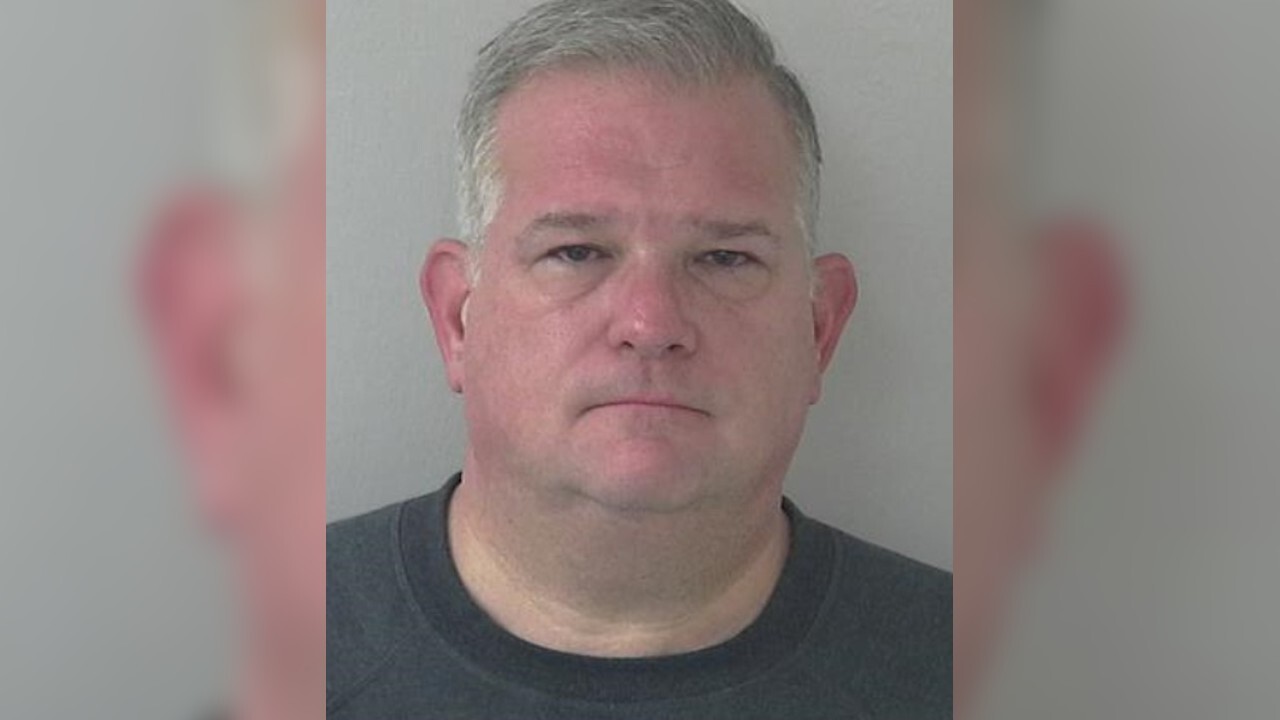 Minar had been president of the college since 2015. Last year, he announced plans to resign at the end of this academic year.

According to Door County, Wisconsin District Attorney Colleen Nordin, Minar was arrested in Sturgeon Bay on January 6. Nordin says the anticipated charges include attempted child enticement, and exposing a child to harmful materials.

Franklin College Director of Communications Deidra Baumgardner said Minar was terminated this past weekend when the school "became aware of a deeply disturbing incident. The College was made aware of, and Dr. Minar confirmed, his recent arrest in Wisconsin. The College was notified of the arrest from an email from the Sturgeon Bay Police Department."

Franklin's Board of Trustees Executive Committee felt it was necessary to fire Minar immediately.

The police department notified the college that Minar was arrested "for use of a computer to facilitate a sex crime. Child enticement, and expose a child to harmful materials/narrations." He was later released on bond.

"The safety of Franklin students is always our highest priority," said Baumgardner. "To that end, the College has launched an investigation concerning Dr. Minar’s conduct while President. While there are systems already in place, additional resources will be engaged to continue to provide our students a safe, confidential means to report incidents of inappropriate behavior."

Baumgardner said the school's Board of Trustees is "stunned" by Minar's arrest.

Lori Schroeder, Provost and Dean of the College, will serve as interim president until an acting president can be appointed. Because Minar announced last June that he would be leaving Franklin this year, a search for a new president is ongoing, according to Baumgardner.

WRTV attempted to reach Minar at his on-campus house Monday, but he did not answer the door.

This story was originally published by Tom Maccabe at WRTV.