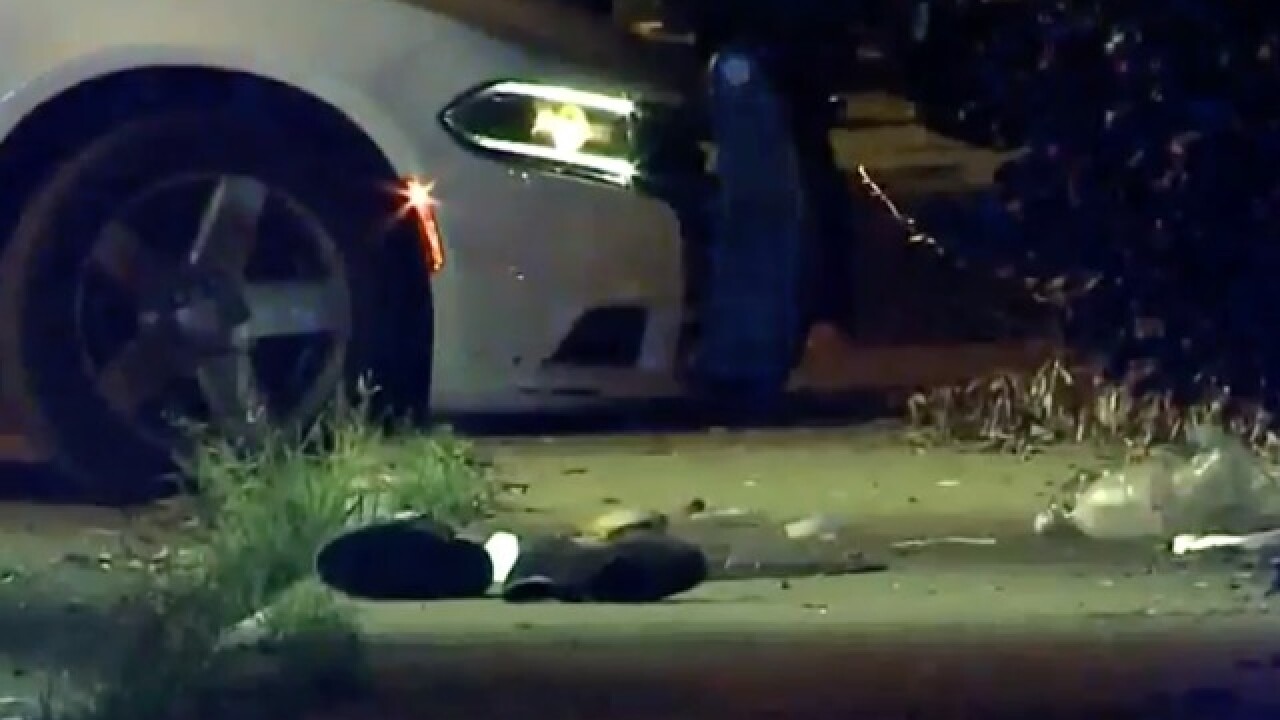 A civic leader and former airline executive was alone when he was fatally shot in downtown Memphis, Tennessee, and authorities are investigating whether he was killed in a robbery or as part of a "personal vendetta," police said Friday.

Later in the day, police took into custody two people who were in a truck matching the description of a vehicle connected to the shooting, but they have not been charged with the killing.

The Memphis City Council is reeling from the horrific incident that took the life of Phil Trenary, a stalwart champion of the Memphis community whose passion and memory will not be forgotten. The City Council extends its deepest sympathies to Phil’s family and his staff. pic.twitter.com/NQRJUKTJZv

Philip Trenary, the president and CEO of the Greater Memphis Chamber of Commerce, was shot at about 8 p.m. Thursday on South Front Street, Memphis police spokeswoman Karen Rudolph said.

Trenary was shot near where the chamber was holding its annual "Move it Memphis" race, near a large apartment complex and not far from historic Beale Street.

They appealed for help locating a suspect described as a black male with dreadlocks, wearing a blue shirt and driving a white four-door Ford F150. Rudolph said the suspect stepped out of his vehicle, approached Trenary, and shot him. Trenary was alone when he was shot, Rudolph said.

"It is still unknown whether this was a robbery or a personal vendetta," Rudolph said in a text message.

Police had been looking for the Ford truck since the shooting. Late Friday morning, officers saw the truck and tried to perform a traffic stop, but the driver refused, Rudolph said.

Rudolph said officers determined the truck had been stolen. They pursued the truck, which crashed into two other vehicles. Two people in the truck were injured and taken to a hospital.

They were in police custody, but Rudolph said it was not immediately known if they were involved in Trenary's shooting. Police were still investigating.

Trenary, 64, and an Oklahoma native, was a former airline executive lauded for his community work in his adopted city. He founded Exec Express Airlines in Stillwater, Oklahoma, in 1984.

The company moved to Texas and was renamed Lone Star Airlines in 1987.

Trenary oversaw the acquisition and integration of Colgan Air in 2007 and Mesaba Airlines in 2010 before leaving Pinnacle in 2011.

He was named president and CEO of the Memphis Chamber of Commerce in 2014 and guided the launch of the chamber's Chairman's Circle, a group of more than 100 business leaders working to bolster the Memphis region.

He and his wife Bridget have three children. Memphis Mayor Jim Strickland called it a senseless loss and Tennessee Gov. Bill Haslam tweeted that "our hearts are broken with the news."

U.S. Rep. Steve Cohen, a Memphis Democrat, said Trenary was "extremely important" to the city. "He was totally immersed in the Memphis community, both as a celebrant and as a contributor," Cohen said in a statement.