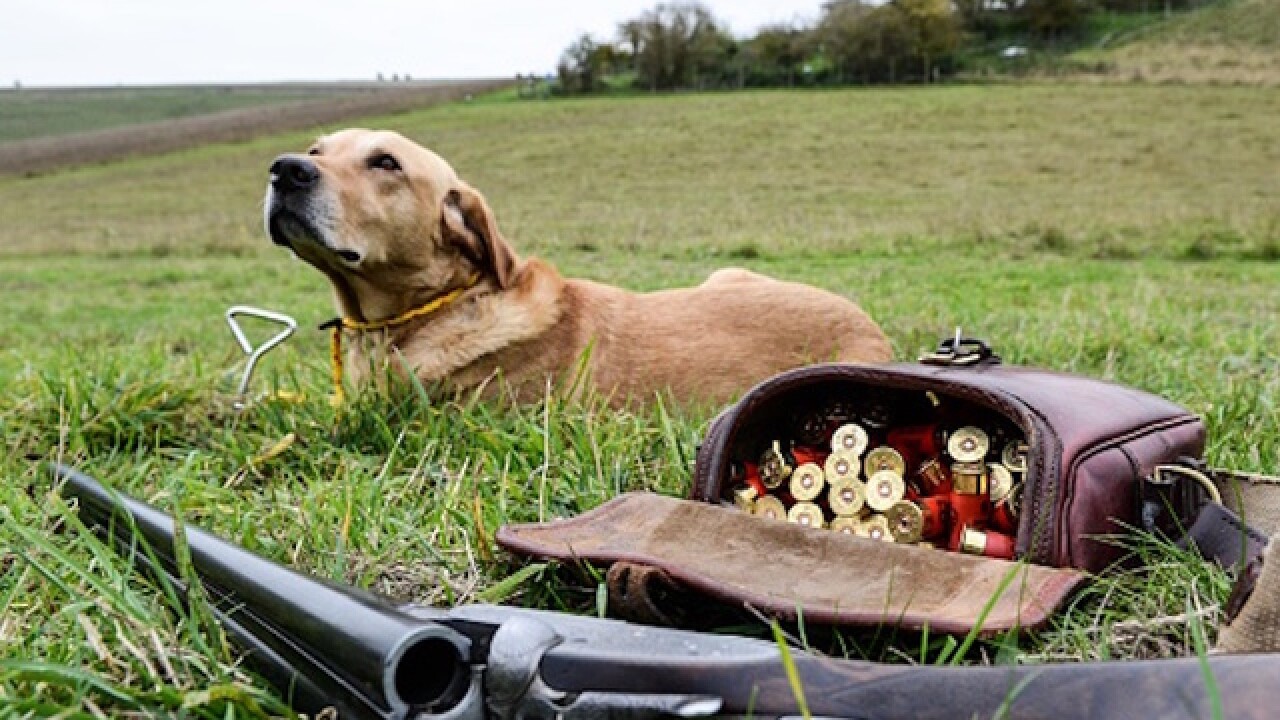 Image copyright 2017 Getty Images. All rights reserved. This material may not be published, broadcast, rewritten, or redistributed.
Chris Ratcliffe
<p>OXFORDSHIRE, ENGLAND - OCTOBER 23: A dog sits by his owner's gun and cartridges at a pheasant and partridge shoot on October 23, 2015 in Oxfordshire, England. The UK pheasant shooting season begins on October 1st, 2015 and ends on February 1st, 2016.¬† During the season around 50 million game birds are released for shooting, the sport shooting industry is worth an estimated ¬£1.6 billion to the British economy. The most common type of game bird shoot is "driven shooting" where beaters drive the birds towards a line of stationary guns. (Photo by Chris Ratcliffe/Getty Images)</p>

A Florida woman was rushed to a hospital earlier this week after being shot in the leg in her sleep. The culprit?

According to WJAX-TV, 25-year-old Brian Murphy told police that he woke up in the middle of the night to take his dog, Diesel, for a walk. His girlfriend, Summer Miracle, remained in the couple’s bedroom.

After returning to the walk, Murphy claims the dog jumped on on the nightstand, where Murphy kept a loaded gun. Murphy described seeing a flash light up the completely dark room and hearing a loud bang.

Miracle sustained a gunshot wound to the leg and was rushed to the hospital with non-life threatening injuries.

Miracle says she was asleep at the time of the incident and did not know how she got shot.