Florida family stumped after 15 pounds of sausage falls on house 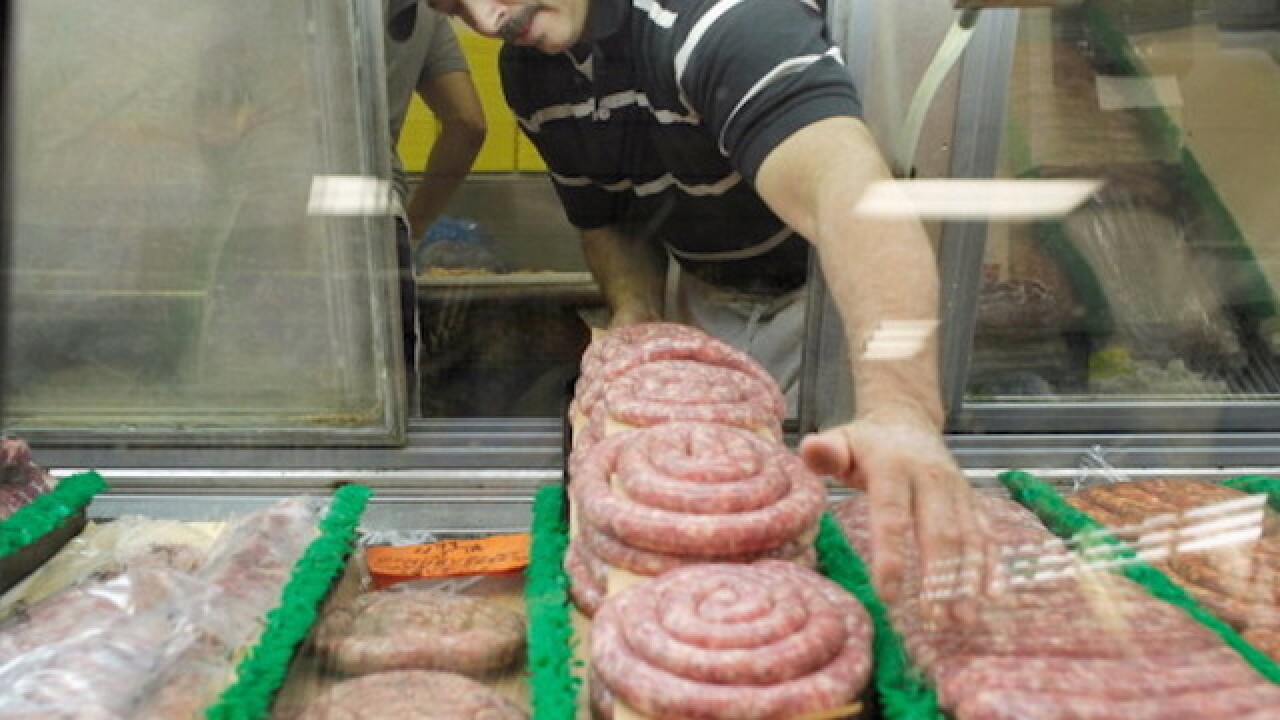 Copyright 2017 Scripps Media, Inc. All rights reserved. This material may not be published, broadcast, rewritten, or redistributed.
Joe Raedle
<p>NORTH MIAMI BEACH, FL - JANUARY 09: Robert Laurenzo places sausages in the display of the meat department at Laurenzo's Italian Center on January 9, 2012 in North Miami Beach, Florida. The store tries to keeps costs down but across the country grocery bills are going up due to factors including higher commodity and energy prices, along with regions of the world having experienced natural disasters that have hurt the food supply. (Photo by Joe Raedle/Getty Images)</p>

A family in Florida was left baffled over the weekend when 15 pounds of sausage fell from the sky and onto their property.

WPLG-TV reports that Travis Adair awakened early July 15 to a loud thud on the roof of his Deerfield Beach home. The family quickly went outside to investigate, and found two large packages of frozen Italian sausage in its side yard.

The packages were also reportedly found in bags marked “Williams Land Service.” According to WPLG, William Land Service is a land-clearing service in Alabama. The company reportedly did not know anything about the sausage, and have yet to respond to a photo of the meat sent by the Adairs.

Adair’s wife, Jennie, told WPLG that she suspected the mystery meat had fallen from plane with ties to drug trade. However, UPI reports that Austin Adair broke open the packages of meat and did not find any drugs.

"I would love to know what really happened, because it's just so, so odd," Jennie Adair told Fox News.