Florence threatens more than a million homes without flood insurance 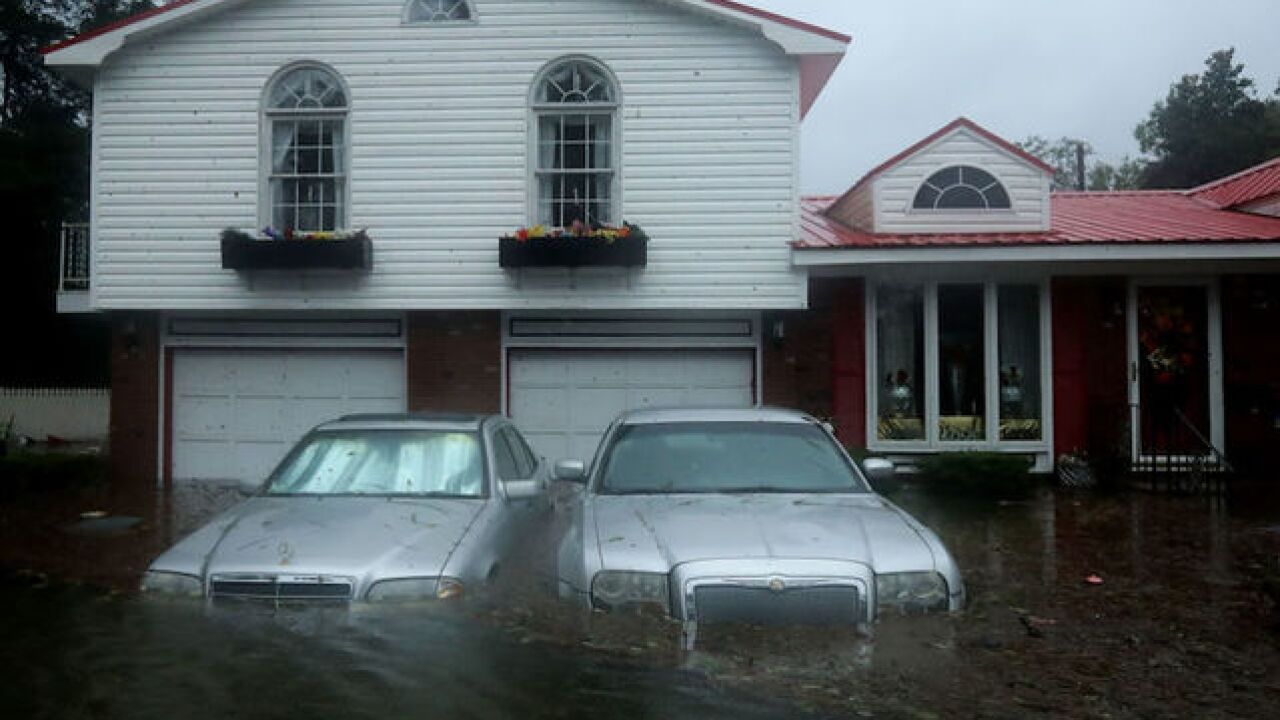 Image copyright 2018 Getty Images. All rights reserved. This material may not be published, broadcast, rewritten, or redistributed.
Chip Somodevilla
<p>Homes are flooded after a storm surge from Hurricane Florence flooded the Neuse River September 14, 2018 in New Bern, North Carolina. Hurricane Florence made landfall in North Carolina as a Category 1 storm and flooding from the heavy rain is forcing hundreds of people to call for emergency rescues in the area around New Bern, North Carolina, which sits at the confluence of the Nueces and Trent rivers. The storm has since been downgraded to a tropical storm. </p>

Most people in the path of Florence don't have flood insurance, and many won't have the money to rebuild if their homes are damaged or destroyed by the storm's onslaught of water.

Standard homeowners insurance policies cover wind damage, but they don't cover damage from rain or floodwaters, such as storm surge or overflowing rivers.

Much of the damage from Florence will be caused by rainfall. The slow-moving tropical storm, which was downgraded from a Category 1 hurricane Friday, could bring flooding far beyond the North and South Carolina coastlines.

But most homes in the Carolinas don't have federal flood insurance coverage, which is offered by FEMA. Of the 7 million homes in the two states, only about 340,000, or 5 percent, are covered under the federal program.

The only homeowners required to purchase the insurance are those who live in federally declared flood zones and have federally guaranteed mortgages.

Even in those areas, some homes aren't covered. Some homeowners don't have a mortgage, and in other cases the owners have let the flood insurance lapse and the mortgage lender doesn't know.

And the homes at risk of flooding extend far beyond the federally defined floodplains.

About 800,000 homes in North Carolina and 430,000 in South Carolina are vulnerable to flooding even though they are outside the zones, estimates Chuck Watson, an analyst with the disaster research group Enki Research.

Those are homes near rivers or in low-lying areas. That means less than a quarter of the homes at risk of flooding in the two states have flood insurance coverage.

"The flood zone delineations are just wrong," Watson said. "But communities don't like expanding flood zones, because it makes development more expensive and difficult. So the flood zones really don't reflect the risk."

Many homeowners living outside the flood zones don't know they aren't covered, or wrongly think they can't buy or afford federal flood insurance, which might run only a few hundred dollars a year.

Watson said it doesn't make sense to have separate insurance coverage for different types of damage to a home and its contents.

Even some homeowners who are covered will find out they don't have enough coverage to rebuild.

The federal program caps coverage at $250,000 per structure, and $100,000 for lost property -- well below the cost of replacement in many cases. Excess coverage is available from private insurers, but, once again, many homeowners are unaware of the limits of their coverage.

No one collects hard data on uninsured flood losses, but Watson estimates only 30% of flood damage in the United States is covered.

Hurricane Harvey last year likely caused $17 billion in damage that will be covered, Watson said, but uninsured flood losses could run to $40 billion.