Fisher, Reynolds to have joint funeral 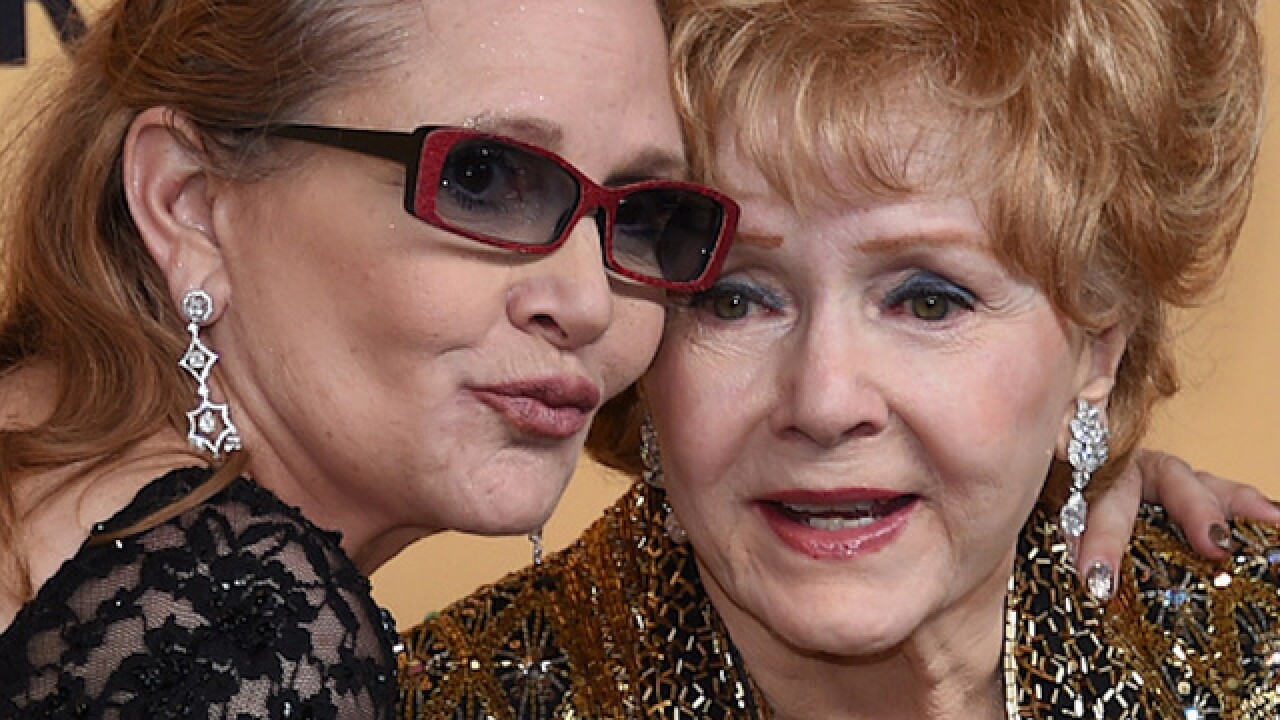 Actress Debbie Reynolds and her daughter Carrie Fisher will have a joint funeral after the two stars died just one day apart this week, Reynolds' son Todd Fisher confirmed to ABC News.

According to the ABC News report, no date or time has been set for the service.

Fisher, 60, died on Tuesday after she went into cardiac arrest on an airplane last week. Reynolds died at age 84 on Wednesday after suffering from a stroke.

Both women had successful acting careers. Fisher was best known for her role as Princess Leia in the "Star Wars" series. Fisher reprised her role from the 70s and 80s trilogy in 2015 for "Star Wars: The Force Awakens." Her last film appearance will come next year in the release of "Star Wars: Episode VIII."

Reynolds became a star with her performance in the 1952 film "Singin' in the Rain." In 2014, she won the Screen Actors Guild Life Achievement Award. She then took home the Jean Hersholt Humanitarian Award from the 2015 Academy Awards.