Field of smiles: Farmer plants 2 million sunflowers to give people a break from 2020 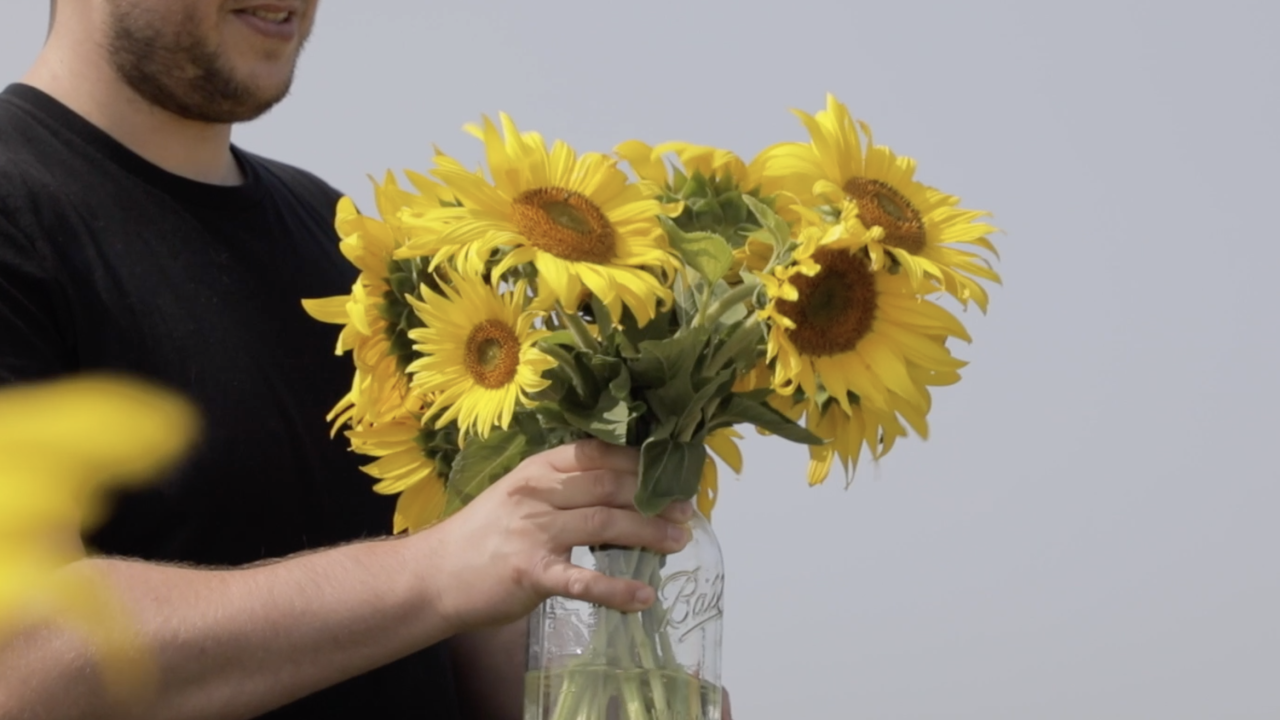 Scott Thompson never thought making other people smile would be so much fun.

“I never thought it would be awesome for myself too. You know, I didn’t know that I would be as happy it as I am," Thompson said.

But it’s never too late for an old farmer to learn a new trick.

“We started out with a small field, about three or four acres,” he said.

Scott and his wife own Thompson Strawberry Farm in Wisconsin, normally a pick-it-yourself berry farm. But because of COVID-19, they decided to plant a field of sunflowers so people could come get out of the house, enjoy the sunflower fields and smile.

But one field turned into another.

“Then we put in three or four more fields,” said Thompson.

“We just wanted some sunshine in corona, it’s an easy activity to do that’s not in doors,” said Kate Kronstein, who was visiting the field with her mom.

“Road trip. Can’t do anything else these days!” said John Poquette, up from Chicago.

People have been coming from mostly Illinois, but all over the Midwest to come snip some sunflowers and take a bright bouquet from the farm.

It’s $25 per car to get in, and that comes with a dozen pick-em-yourself sunflowers. But Scott says you can do more than just pick sunflowers while you’re here.

“Everybody just seems like they have their little niche of what they want to do. I bet we’ve had five or six different proposals, we’ve had wedding photographers, we’ve had senior pictures, family pictures, so we’re really just trying to spread that fun for everyone,” said Thompson.

And when you leave, they want you to take two things with you: some sunflowers and a smile.

“It made me happy, and it just gave me a reminder that there’s still sunshine out there, even with everything going on,” said Kronstein smiling as she got ready to leave.