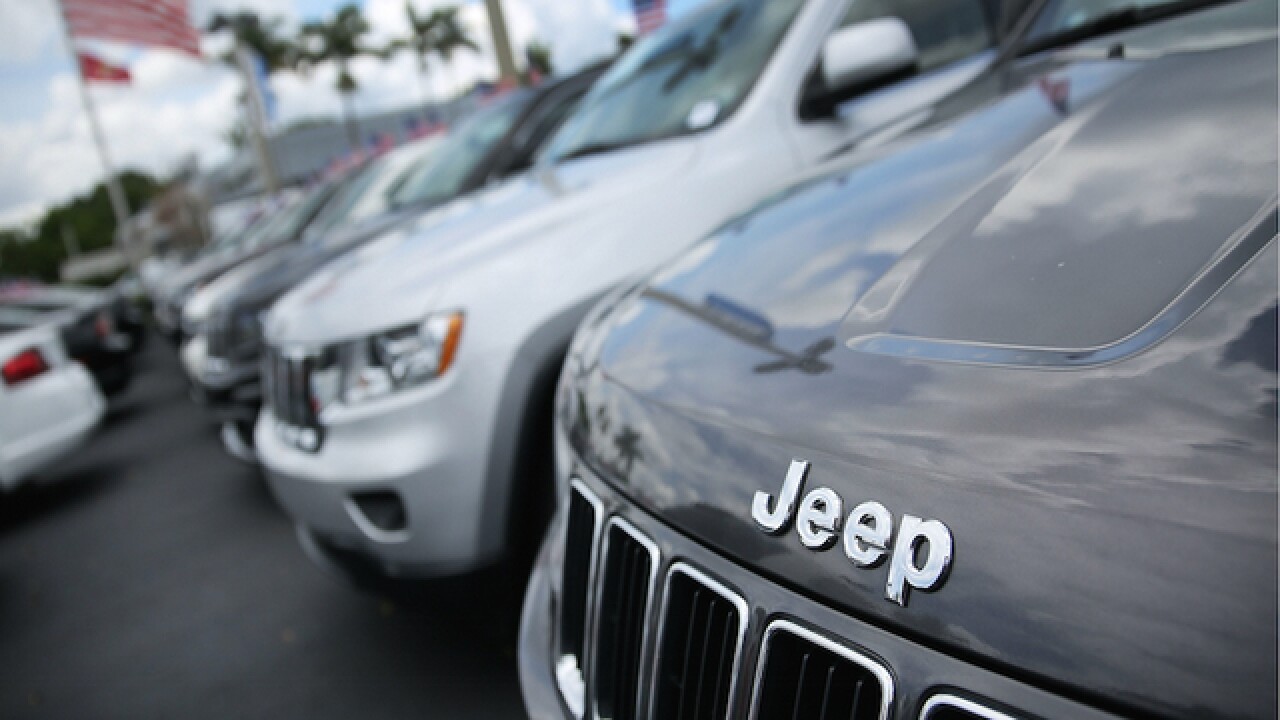 <p>A Fiat Chrysler Jeep Grand Cherokee is seen on a sales lot as the company announced it is recalling about 1.4 million Dodges, Jeeps, Rams and Chryslers vehicles equipped with certain radios on July 24, 2015 in Miami, Florida. The recall was announced after hackers were able to manipulate remotely a Jeep Cherokee's computer software. (Photo by Joe Raedle/Getty Images)</p>

The most serious recall covers nearly 35,000 Dodge Durango and Jeep Grand Cherokee SUVs worldwide from the 2016 model year. All have 3.6-liter V6 engines. A fuel tube may have been damaged in manufacturing, and that could cause a gas leak and fire.

Fiat Chrysler says an employee found a leak in one vehicle and no fires have been reported. Dealers will replace fuel injector rails and lower intake manifolds if needed.

The other recall covers more than 54,000 Dodge Dart compacts from the 2016 model year in North America. Electrical voltage spikes caused by a windshield washer pump can cause short circuits. That can cause the wipers to fail.