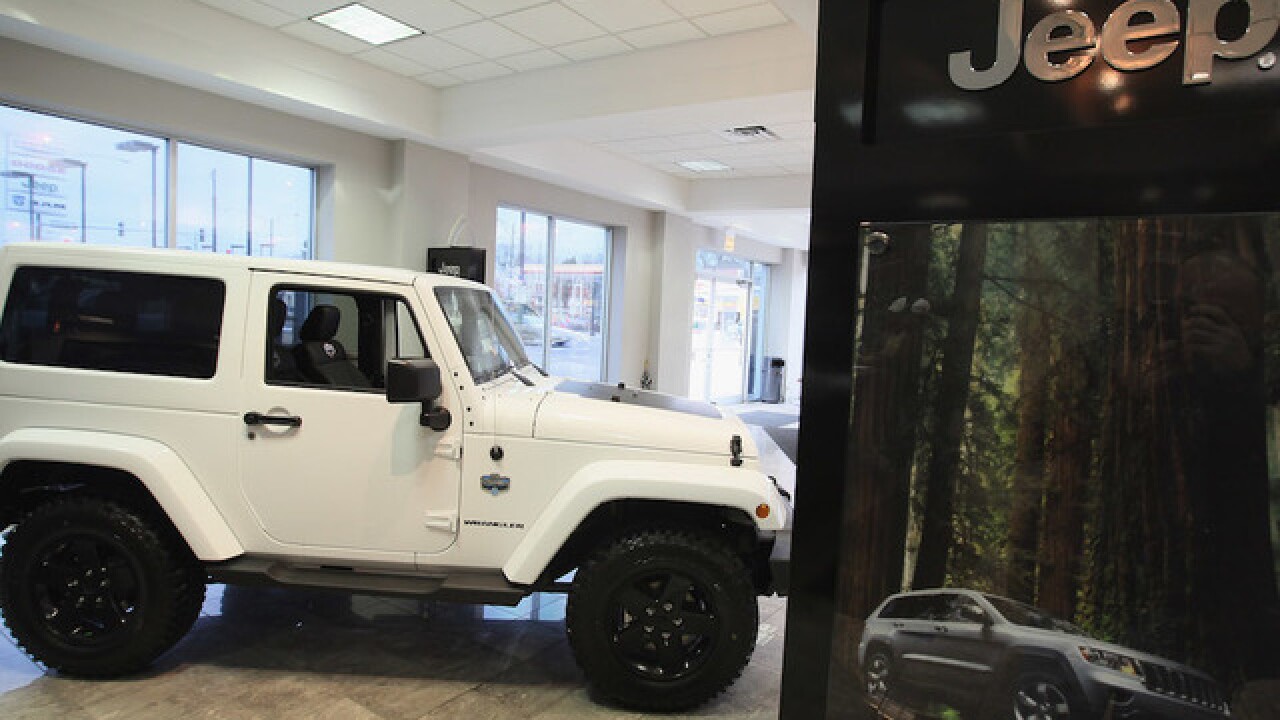 DETROIT (AP) — Fiat Chrysler is recalling more than 224,000 Jeep Wrangler SUVs worldwide because the air bags may not inflate in a crash.

The recall covers certain 2016 and 2017 Wranglers. The company says in government documents that wiring to a sensor can come loose, cutting off signals to an air bag computer. If that happens, the seat belt pretensioners won't work and the air bags won't deploy.

The company says the problem hasn't caused any crashes or injuries and it has no complaints from customers. The problem was discovered during company crash tests. Fiat Chrysler found that during a crash, the left headlight would rotate, pulling the wiring loose.

Repairs to fix the problem aren't ready yet, but Fiat Chrysler says it's imminent and owners will be notified when to set up a service appointment. Dealers will reroute the wiring at no cost to owners.

Fiat Chrysler says none of the 2017 models have been sold yet.