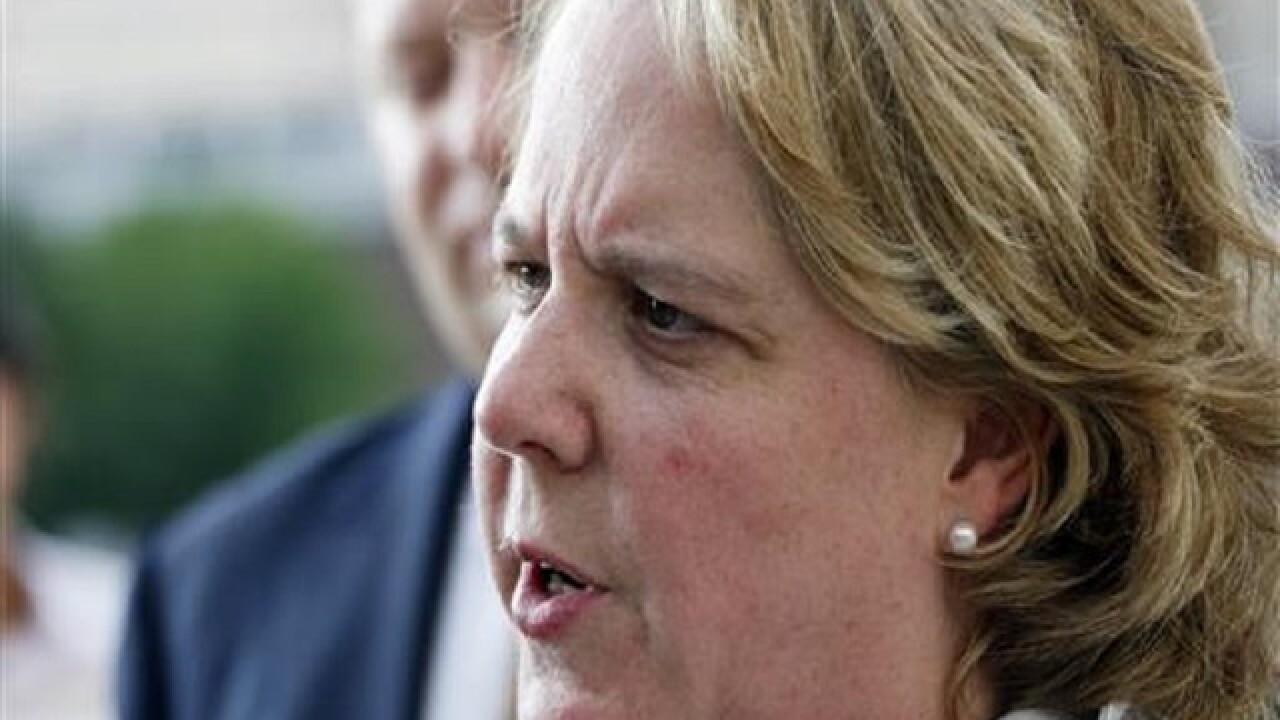 U.S. District Judge Carlton Reeves wrote that the title, text and history of the law show it is "the state's attempt to put LGBT citizens back in their place" in response to last summer's Supreme Court ruling that legalized gay marriage nationwide.

State attorneys are expected to appeal his ruling, which came overnight in response to two lawsuits filed weeks ago by gay and straight plaintiffs.

The law sought to protect three beliefs: That marriage is only between a man and a woman; that sex should only take place in such a marriage; and that a person's gender is determined at birth and cannot be altered.

It would allow clerks to cite religious objections to recuse themselves from issuing marriage licenses to same-sex couples, and would protect merchants who refuse services to lesbian, gay, bisexual or transgender people. It could affect adoptions and foster care, business practices and school bathroom policies.

"The state has put its thumb on the scale to favor some religious beliefs over others," Reeves wrote. He also wrote that it violates the Constitution's equal protection guarantee.

Republican Mississippi Gov. Phil Bryant signed House Bill 1523 in April, winning praise from conservative Christian groups. The Family Research Council gave him a religious freedom award for signing the bill, and Bryant said the "secular, progressive world had decided they were going to pour their anger and their frustration" on him because of the bill.

In a Friday morning statement, Bryant said he was disappointed by the ruling.

"Like I said when I signed House Bill 1523, the law simply provides religious accommodations granted by many other states and federal law," Bryant said. "I am disappointed Judge Reeves did not recognize that reality. I look forward to an aggressive appeal."

Brandiilyne Magnum-Dear, minister of the Joshua Generation Metropolitan Community Church in Hattiesburg, is one of the plaintiffs who challenged the law.

"The passage of this bill signaled to our church, and to my wife and me, that our religious beliefs are less worthy of protection than those of others, and that the rights of gay, lesbian, and transgender people are not equal to the rights of others," Magnum-Dear said in a statement after Reeves' ruling.

A spokesman for Mississippi Attorney General Jim Hood, who defended the bill, did not immediately respond to Reeves' ruling.

More than 100 bills were filed in more than 20 state legislatures across the nation in response to the Supreme Court gay marriage ruling, UCLA law professor Douglas NeJaime testified before Reeves last week.

Roberta Kaplan, an attorney who filed one of the lawsuits challenging the law, said in a statement that Reeves "enforced the fundamental constitutional principle that the government cannot establish any religion."

"As a result, Mississippi will no longer be permitted to favor some 'religious beliefs' over others, and the civil rights of LGBT Mississippians will not be subordinated to the religious beliefs of only certain religious groups," said Kaplan, who represents Campaign for Southern Equality.

Reeves notes that one section of the bill specifies that the state could not punish any religious organization that refuses to solemnize a same-sex marriage.

"There is nothing new or controversial about that section," Reeves wrote. "Religious organizations already have that right under the Free Exercise Clause of the First Amendment."