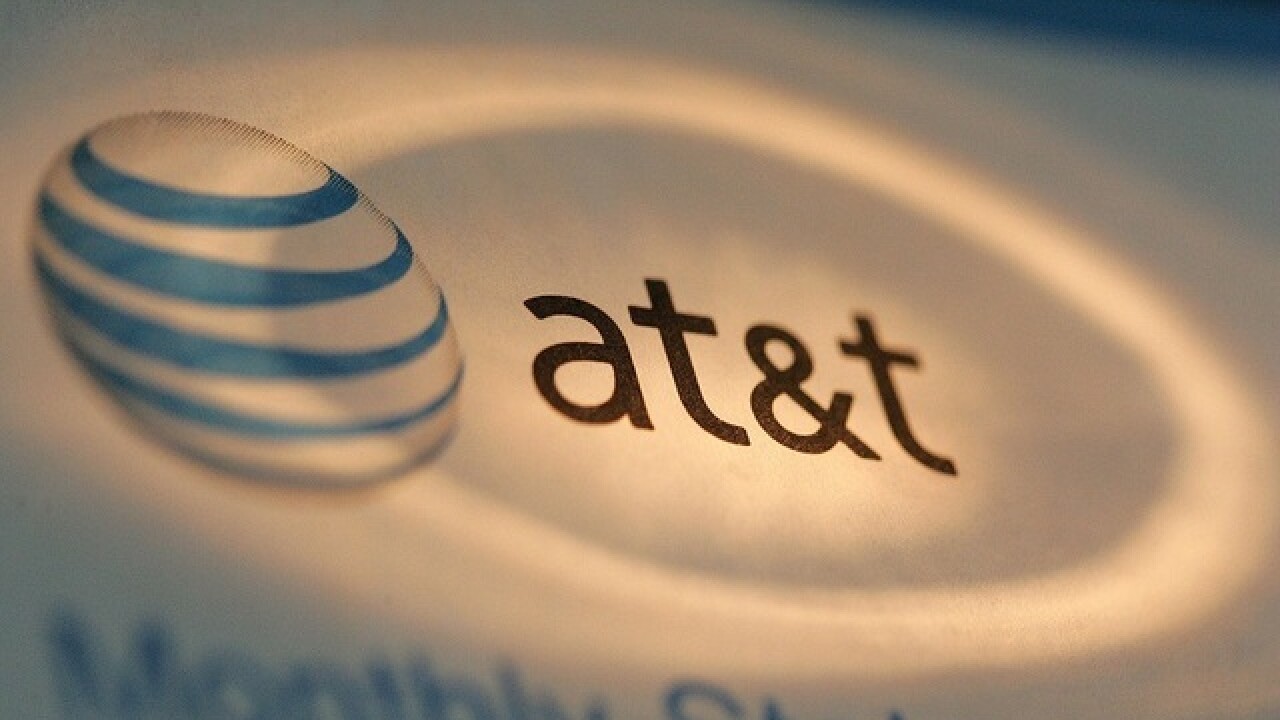 Copyright 2017 Scripps Media, Inc. All rights reserved. This material may not be published, broadcast, rewritten, or redistributed.
Tim Boyle
<p>DES PLAINES, IL - MAY 12: The AT&T logo is seen atop a phone bill May 12, 2006 in Des Plaines, Illinois. The US National Security Agency began collecting information from phone records of millions of AT&T (until recently known as SBC), Verizon, and BellSouth customers shortly after the 2001 terror attacks. Questioning the legality, Qwest refused to comply with the agency's request for records. (Photo Illustration by Tim Boyle/Getty Images)</p>

By: CNN
Posted at 10:05 PM, Mar 08, 2017
(CNN) -- AT&T wireless customers in several states were unable to make calls to 911 on Wednesday.
The outage was resolved by Wednesday night, according to AT&T, but it had affected customers from coast to coast.
Ajit Pai, chairman of the Federal Communications Commission, tweeted that his staff was investigating the incident.
"We're receiving reports of widespread AT&T 911 call outages. @FCC public safety staff are investigating. I'll post more info once available."
Police departments across the United States were reporting outages. They used social media to urge people to call departments' main telephone lines instead of 911.
"AT&T is experiencing a nationwide outage which is affecting 911 calls" posted the DC Police Department. "Please call 202-373-3700 ext 2 if you have an emergency or text 911."
But using the non-emergency lines meant callers' locations were not visible to dispatchers, as officials noted in Arlington, Texas.
"Our ability to see the location of a 911 caller is not available on the non-emergency line, so please give your address," posted the Arlington Fire Department.
CNN's Dave Alsup and Rob Mclean contributed to this report.
The-CNN-Wire
™ & © 2017 Cable News Network, Inc., a Time Warner Company. All rights reserved.
KNXV