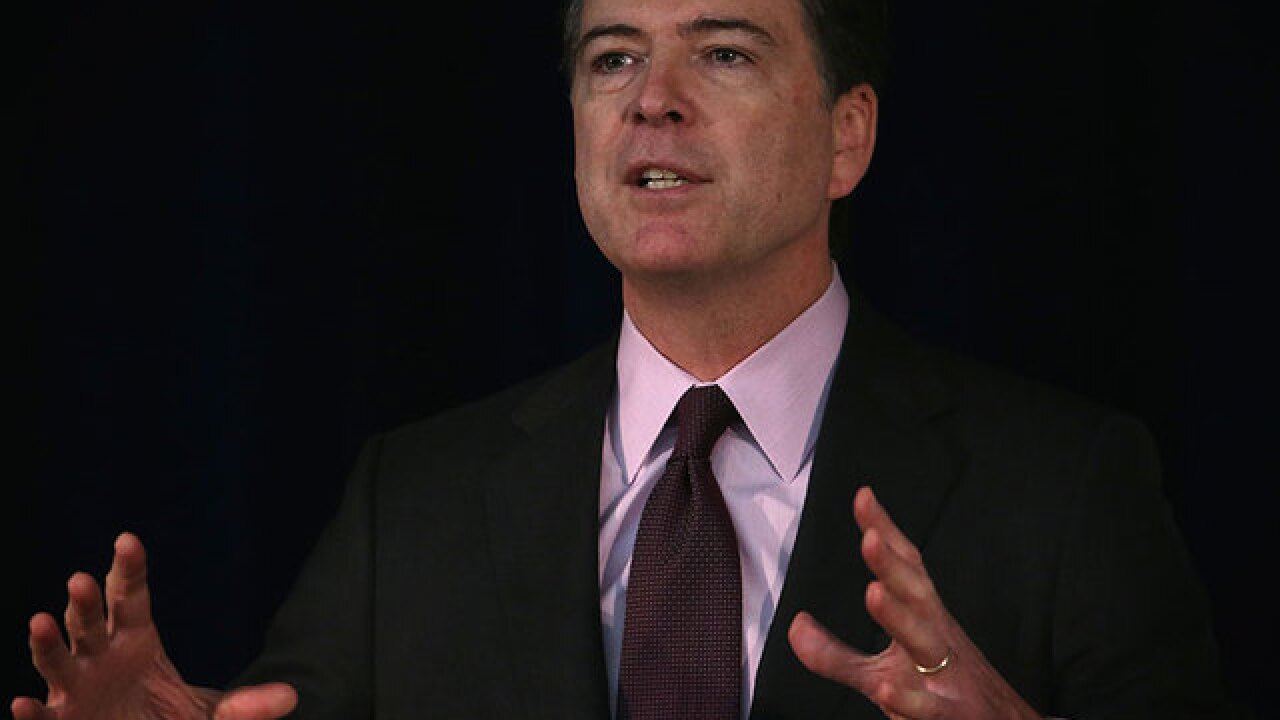 (CNN) -- The FBI asked the Justice Department on Saturday to refute President Donald Trump's assertion that President Barack Obama ordered the wiretapping of Trump's phones last year, two sources with knowledge of the situation told CNN.
The FBI made the request because such wiretapping would be illegal, since the President cannot just order the eavesdropping of a U.S. citizen's phones, the sources said. The sources would not say who was involved in the conversations between the FBI and DOJ or what role FBI Director James Comey might have played.
So far, the Justice Department has not said anything in reaction to Trump's tweets on Saturday, in which he made the wiretapping allegations.
Asked about the FBI request, a Justice Department spokesman said he had no comment. The FBI refused comment as well.
The New York Times first reported that the FBI asked the Justice Department to refute Trump's wiretapping claim.
Trump's aides asked Congress on Sunday to look into whether the Obama administration abused its investigative powers during the 2016 election. The move comes a day after Trump posted a series of tweets alleging, without presenting any evidence, that Obama wiretapped his phones in Trump Tower in the weeks leading up to the November election.
"Reports concerning potentially politically motivated investigations immediately ahead of the 2016 election are very troubling," White House press secretary Sean Spicer said in the statement Sunday morning, which he also posted on Twitter. "President Donald J. Trump is requesting that as part of their investigation into Russian activity, the congressional intelligence committees exercise their oversight authority to determine whether executive branch investigative powers were abused in 2016.
"Neither the White House nor the President will comment further until such oversight is conducted," Spicer added. He did not provide any further details on the President's request to Congress.
While Spicer said "reports" prompted the call for a congressional investigation, the White House still has not provided any evidence to back up the President's accusations. There are no publicly known credible reports to back up Trump's claim that Obama ordered Trump's phones be monitored.
Frustrated that the Russia stories have overshadowed a widely praised performance in his joint address to Congress on Tuesday, Trump angrily raised the wiretapping issue unprompted in conversations with friends and acquaintances at Mar-a-Lago over the weekend, two people who have spoken with him at his Palm Beach resort said on Sunday. The President didn't specify what information he was basing his accusations upon, but told them he expected an investigation to prove him right.
Multiple former senior US officials have dismissed Trump's allegations, however, calling them "nonsense" and "false." Obama, through a spokesman, also rejected the claim that he ordered Trump's phones tapped.
Former Director of National Intelligence James Clapper, a career intelligence official who had oversight of the US intelligence community in that role, said Sunday that Trump was not wiretapped by intelligence agencies nor did the FBI obtain a court order through the Foreign Intelligence Surveillance Act to monitor Trump's phones.
"For the part of the national security apparatus that I oversaw as DNI, there was no wiretap activity mounted against the President-elect at the time, or as a candidate, or against his campaign," Clapper said Sunday morning on NBC's "Meet the Press."
The-CNN-Wire
™ & © 2017 Cable News Network, Inc., a Time Warner Company. All rights reserved.
KNXV