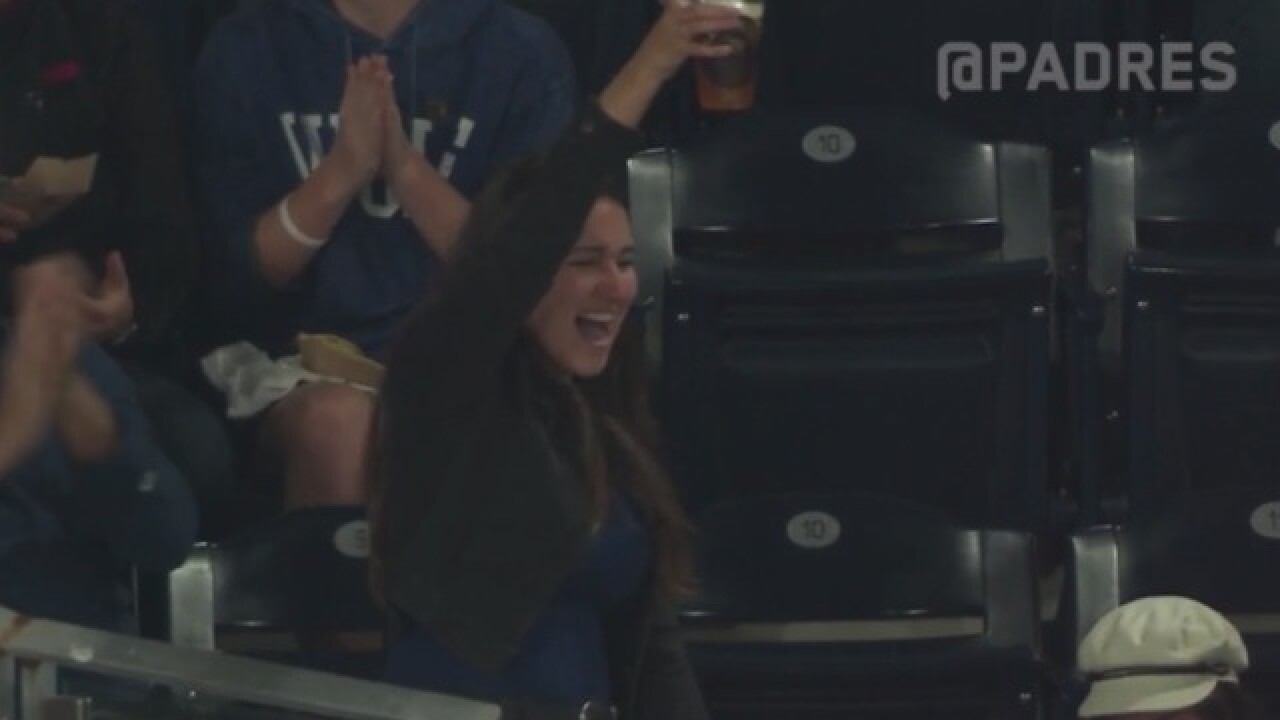 SAN DIEGO (KGTV) - Tuesday's San Diego Padres game against the Atlanta Braves may have been a tough one to watch for Padres fans, but a moment in the stands gave fans something to cheer for at Petco Park.

San Diegan Gabby DiMarco was sitting in the Toyota Terrace level seating just behind home plate during the fifth inning when Atlanta's Ender Incaiarte popped a foul ball into the stands, MLB.com reports.

At the time, DiMarco was enjoying a beer — so naturally, a choice had to be made: catch the ball and sacrifice the beer, or save her brew.

Beer — and baseball — served to your seat at @Padres games 🍺⚾️ pic.twitter.com/zCh3HjeUyD

"It bounced from behind me, I was trying to catch it all, and it landed in my cup," DiMarco told MLB.com.

And after making such an amazing catch, there's only one option. DiMarco chugged her beer, with the baseball still in her cup, to a stadium of applause.

Given the 14-1 loss, it was a welcomed moment of excitement for Padres fans.