Ex-NFL star Aaron Hernandez due in court in double slaying 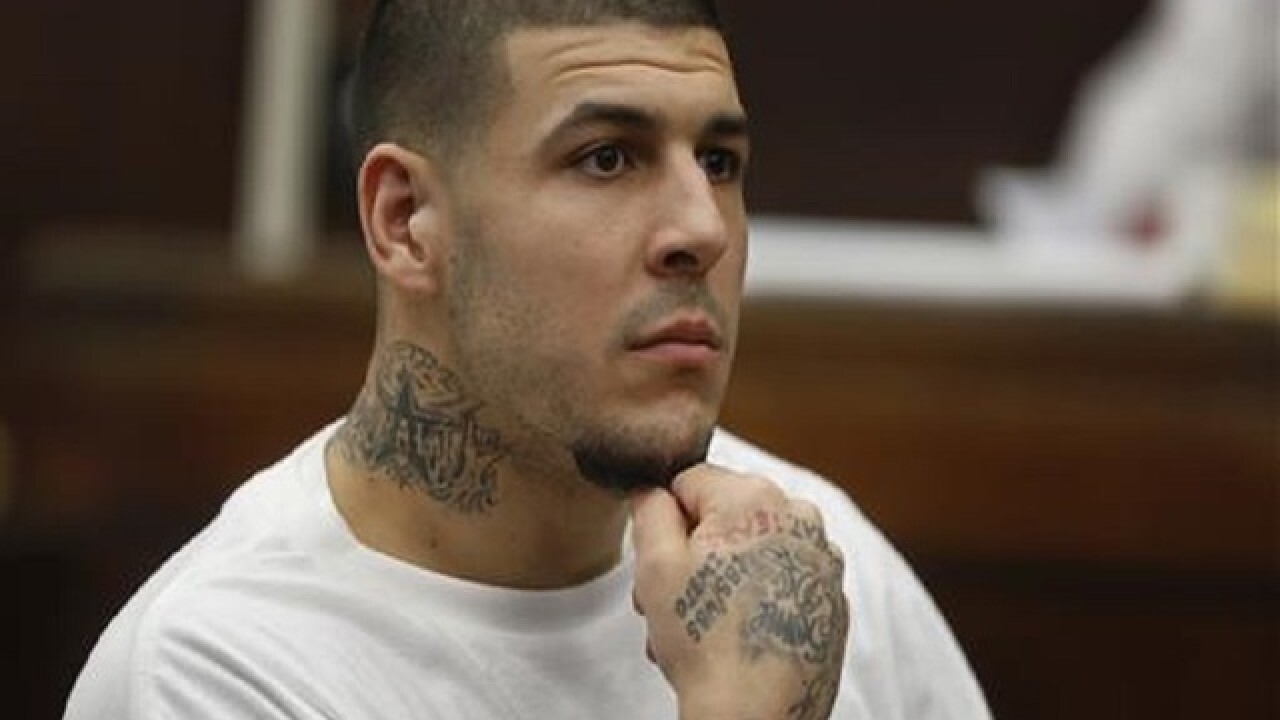 PLYMOUTH, Mass. (AP) — Former New England Patriots star Aaron Hernandez is expected to appear in court with new lawyers to defend him in the 2012 slayings of two men outside a Boston nightclub.
The former tight end is already serving a life sentence in the 2013 killing of semi-pro football player Odin Lloyd.
Hernandez is accused of gunning down Daniel de Abreu and Safiro Furtado after one of the men accidentally spilled a drink on him. He has pleaded not guilty.
Florida attorney Jose Baez — who successfully defended Casey Anthony in her 2011 trial in the death of her daughter — and Harvard Law School professor Ronald Sullivan are now representing Hernandez.
Hernandez was indicted in Suffolk County, but the hearing is being held in Plymouth County, where Judge Jeffrey Locke is currently assigned.
Copyright 2016 The Associated Press. All rights reserved. This material may not be published, broadcast, rewritten or redistributed.