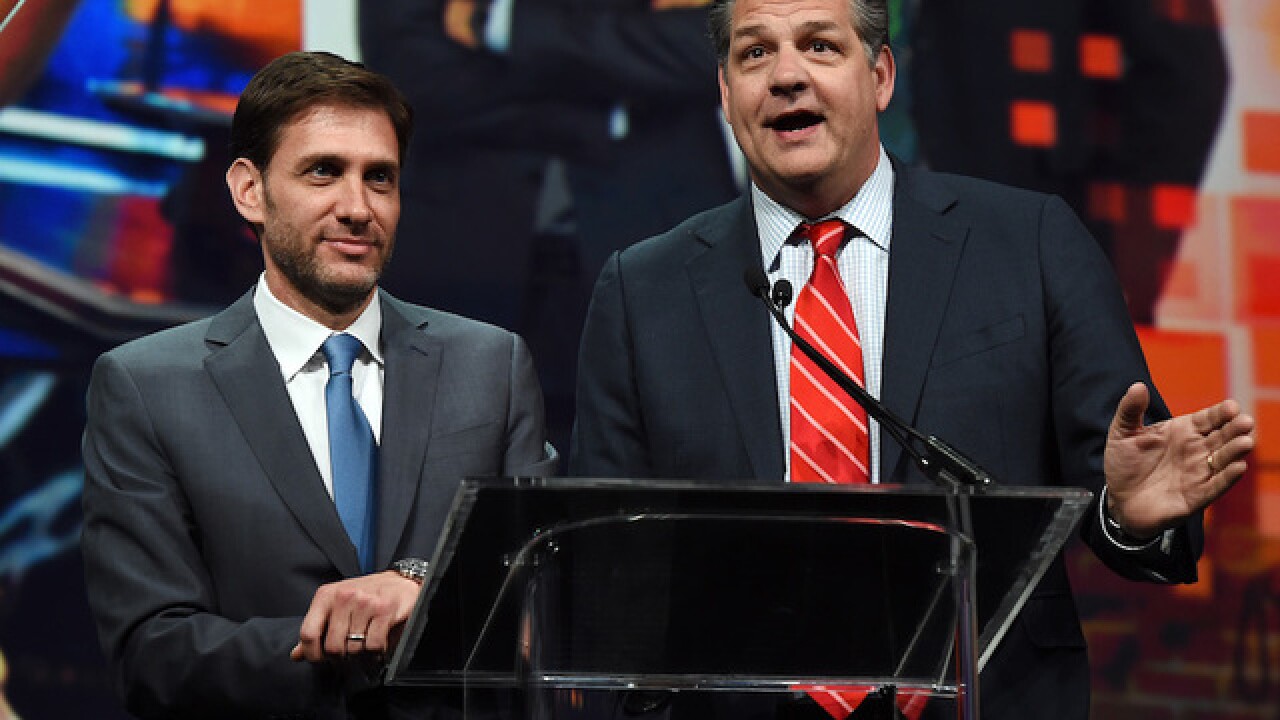 Copyright 2017 Scripps Media, Inc. All rights reserved. This material may not be published, broadcast, rewritten, or redistributed.
Ethan Miller
<p>LAS VEGAS, NV - APRIL 19: Sports broadcasters Mike Greenberg (L) and Mike Golic, hosts of ESPN Radio's "Mike & Mike" show, speak as they are inducted into the National Association of Broadcasters Broadcasting Hall of Fame during the NAB Show Radio Luncheon at the Westgate Las Vegas Resort & Casino on April 19, 2016 in Las Vegas, Nevada. NAB Show, the trade show of the National Association of Broadcasters and the world's largest electronic media show, runs through April 21 and features more than 1,700 exhibitors and 103,000 attendees. (Photo by Ethan Miller/Getty Images)</p>

One of the most listened-to sports radio programs in the country is reportedly coming to an end.

According to Sports Illustrated , Mike Greenberg, co-host of ESPN’s popular “Mike & Mike” radio show, will be leaving the program to host his own morning television show at the network.

Greenberg and Mike Golic have co-hosted their radio show since October 1998. “Mike & Mike” currently airs from 6-10 a.m. on ESPN Radio across the country.