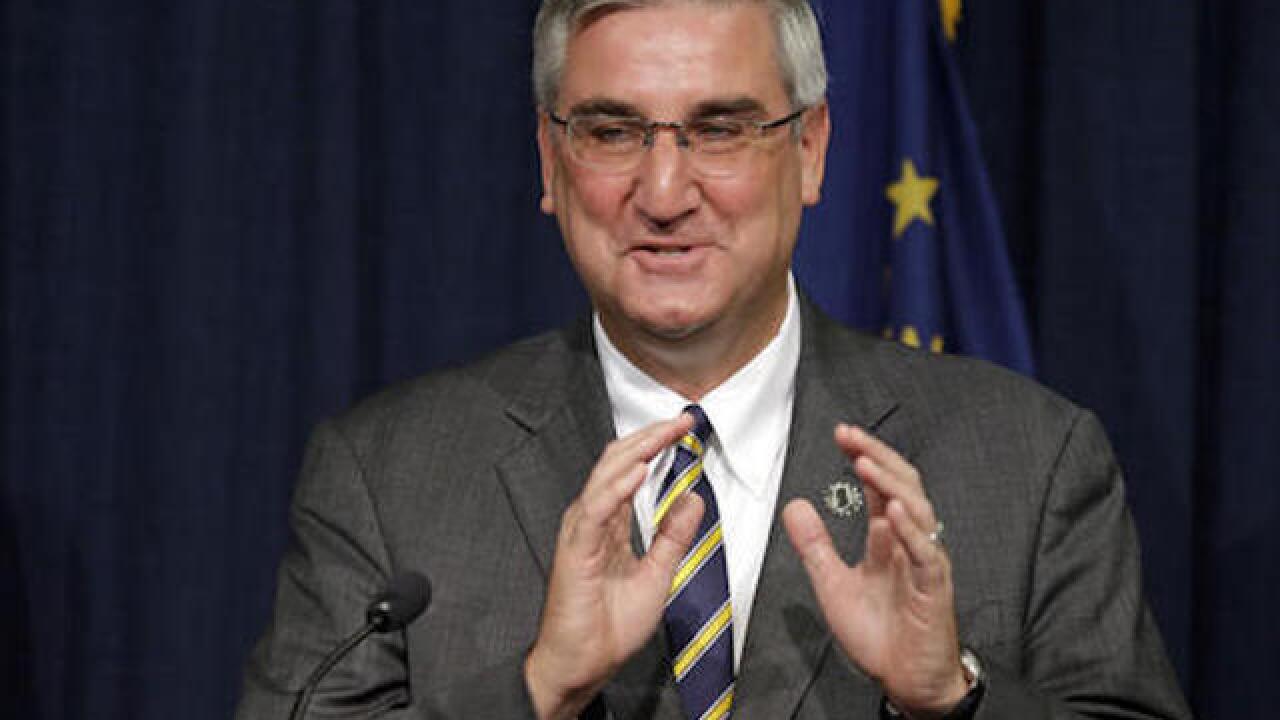 After a private meeting, the 22-member Indiana Republican state committee announced it had decided Holcomb was best positioned to retain the governor's office. He'll face a tough fall matchup against Democrat John Gregg, a former Indiana House speaker who narrowly lost to Pence in the 2012 election.

Holcomb, a 48-year-old former state Republican chairman who has never been elected to office, has touted his eight years as a top aide and campaign manager to former Gov. Mitch Daniels and four months as lieutenant governor.

Pence picked Holcomb after his 2012 running mate, Sue Ellspermann, resigned in March, and endorsed him for governor last week.

Supporters of Brooks and Rokita argued they were better candidates to extend the GOP's 12-year hold on the governor's office, but a rejection of Holcomb could've been embarrassing to Pence just days after his ratification as the Republican vice presidential candidate.

Holcomb spent 10 months running for this year's Republican U.S. Senate nomination but had little fundraising success before he dropped out to accept the lieutenant governor appointment.

He'll have to quickly ramp up a statewide campaign to build his name identification and spread an agenda that is likely to follow closely to Pence's positions. Gregg's campaign had largely shaped up as a referendum on Pence's four years in office, which has faced troubles including last year's national uproar over the state's religious objections law that opponents maintained allowed business to refuse services to gays and lesbians.

Holcomb has said Pence "struck the right tone" on LGBT rights and that such issues as infrastructure improvements, education and job creation should have the state's focus.

Republican Party rules gave each of the candidates three minutes to speak before the state committee. But much of the jockeying for the nomination went on last week when the candidates and most committee members were at the Republican National Convention in Cleveland.

"He's been uniquely positioned from the beginning given his relationship with people on the state committee over the past decade or more," Hupfer said. "Whereas, the others who have sought this just haven't had that connectivity with the state committee."