Earth smashes yet another heat record; 16th month in a row 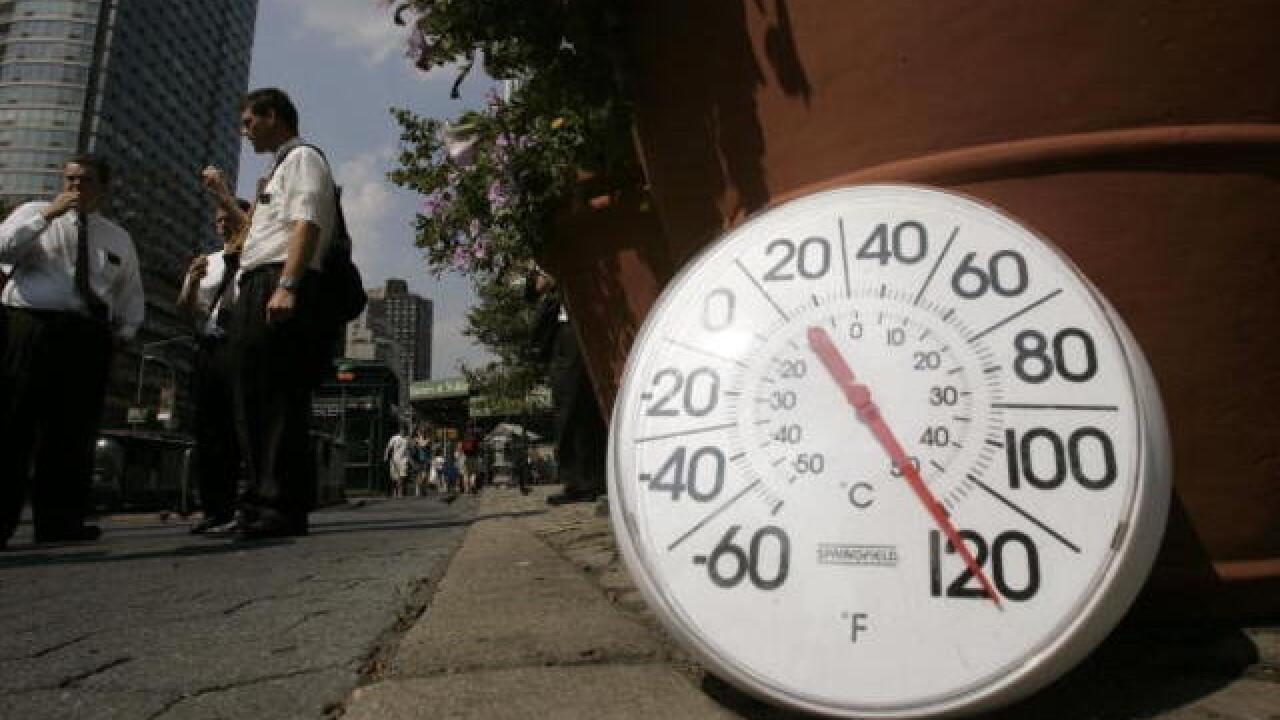 Copyright Getty Images
Chris Hondros
<p>NEW YORK - AUGUST 02: A thermometer in the sun on the sidewalk indicates a temperature of 120 degrees Fahrenheit as people eat ice cream on the Upper West Side August 2, 2006 in New York City. Forecasters have called for high temperatures of 100 degrees in the city with the heat wave continuing through tomorrow. (Photo by Chris Hondros/Getty Images)</p>

The announcement came on a day when 375 members of the National Academy of Sciences, including Stephen Hawking and 30 Nobel laureates, released an open letter urging American leaders not to pull out of an international agreement to curb global warming. Organizer and MIT climate scientist Kerry Emanuel said the scientists wrote the letter in response to the Republican party platform.