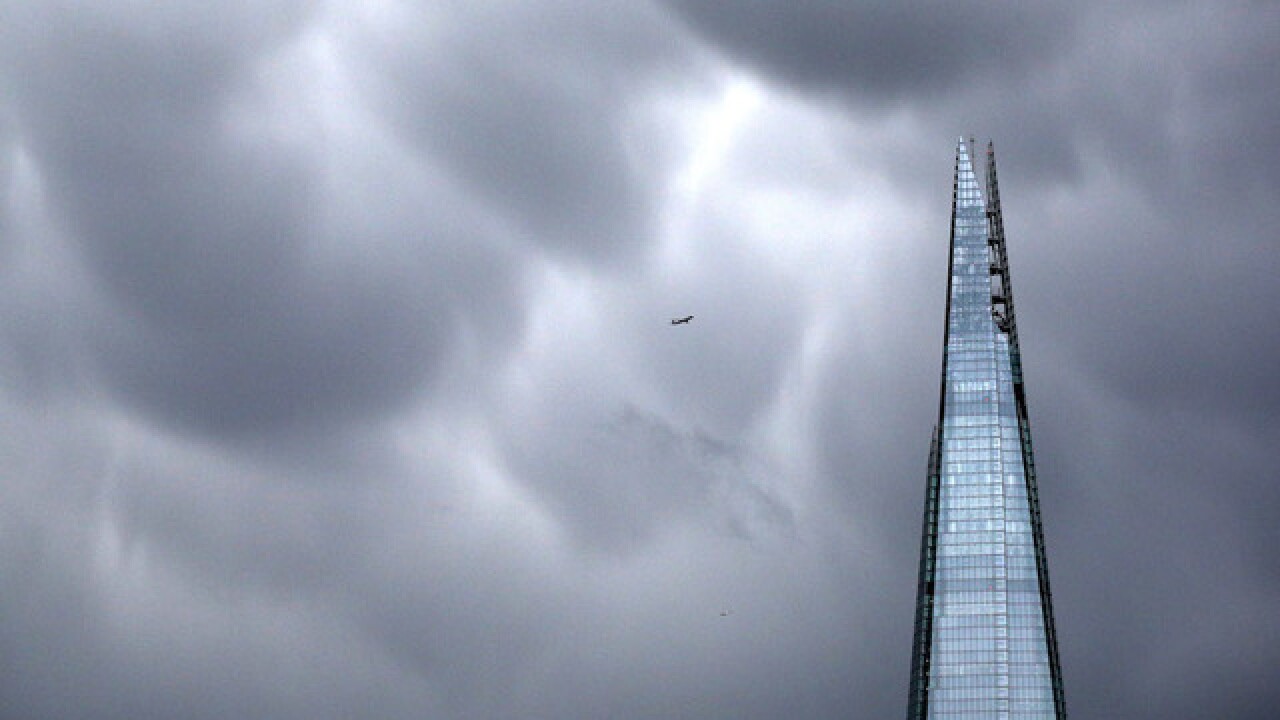 Copyright Getty Images
Oli Scarff
<p>LONDON, UNITED KINGDOM - JANUARY 07: An aeroplane passes rain clouds above The Shard skyscraper on January 7, 2014 in London, England. Over 100 areas of the UK have been warned by the Environment Agency that they are at risk of flooding as a prolonged period of heavy rainfall continues to affect much of the country. (Photo by Oli Scarff/Getty Images)</p>

LONDON (AP) — A new report says a drone just missed hitting an A320 passenger plane flying above the Shard skyscraper in central London in July.

The "very near-miss" underscored the fears of many aviation experts about the growing popularity of drones. The plane was approaching Heathrow Airport and flying at nearly 5,000 feet (1,525 meters) when the pilot spotted a 50-centimeter (20-inch) drone off the right flight deck window.

The UK Airprox report says "chance had played a major part" in avoiding a collision.

Under British rules, a drone operator must be able to see the drone at all times — so such a flight would be illegal.

The review published last week says there were several incidents involving drones in the last reporting period, including one near-miss with a plane at Liverpool Airport.