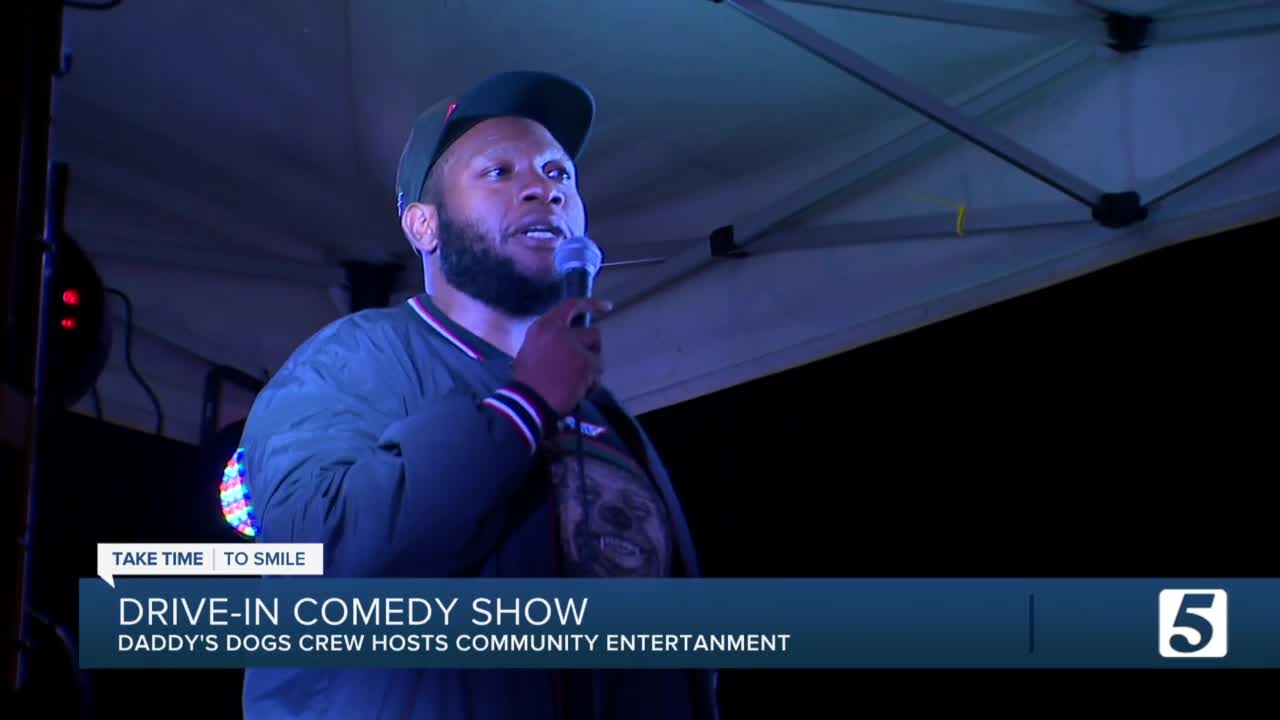 The show was at Daddy's Dogs location in The Nations. Throughout the COVID-19 pandemic, the restaurant has held music concerts to bring more people to the shop. 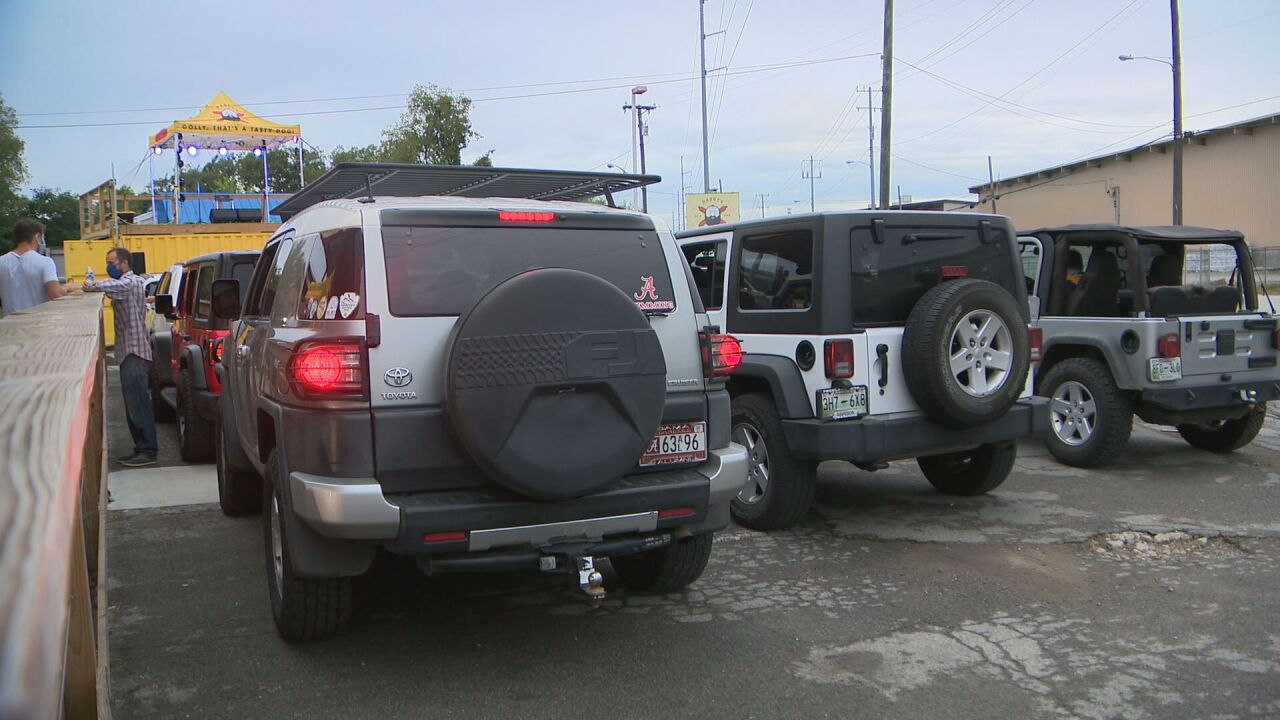 The show was at Daddy's Dogs location in The Nations. Throughout the COVID-19 pandemic, the restaurant has held music concerts to bring more people to the shop.

"It was a big shift for us to go basically to a full restaurant, instead of doing our carts and going to the people, so we knew we had to do something to make some waves and make people know that we're here," Daddy's Dogs owner Sean Porter said.

But on Wednesday night, the parking lot performance shifted gears from music to comedy.

"I'm really excited about this, it's a little different than what we've done in the past," Porter said. "As far as I know there really hasn't been a big drive-in comedy show so there's a first for everything!"

A few dozen carloads of people poured into the restaurant's parking lot for the show, flashing their lights and honking for the lineup of local comedians to take the place of laughter.

"This is just something that's nice that lets people feel safe, they're in their own space, and give them an outlet to not think about whats going on in the world," Porter said. "I think it's just something everybody needs right now."

The concert series at Daddy's Dogs runs through the end of October. Shows are on Wednesday nights.

This story was first reported by Eric Hilt at WTVF in Nashville, Tennessee.