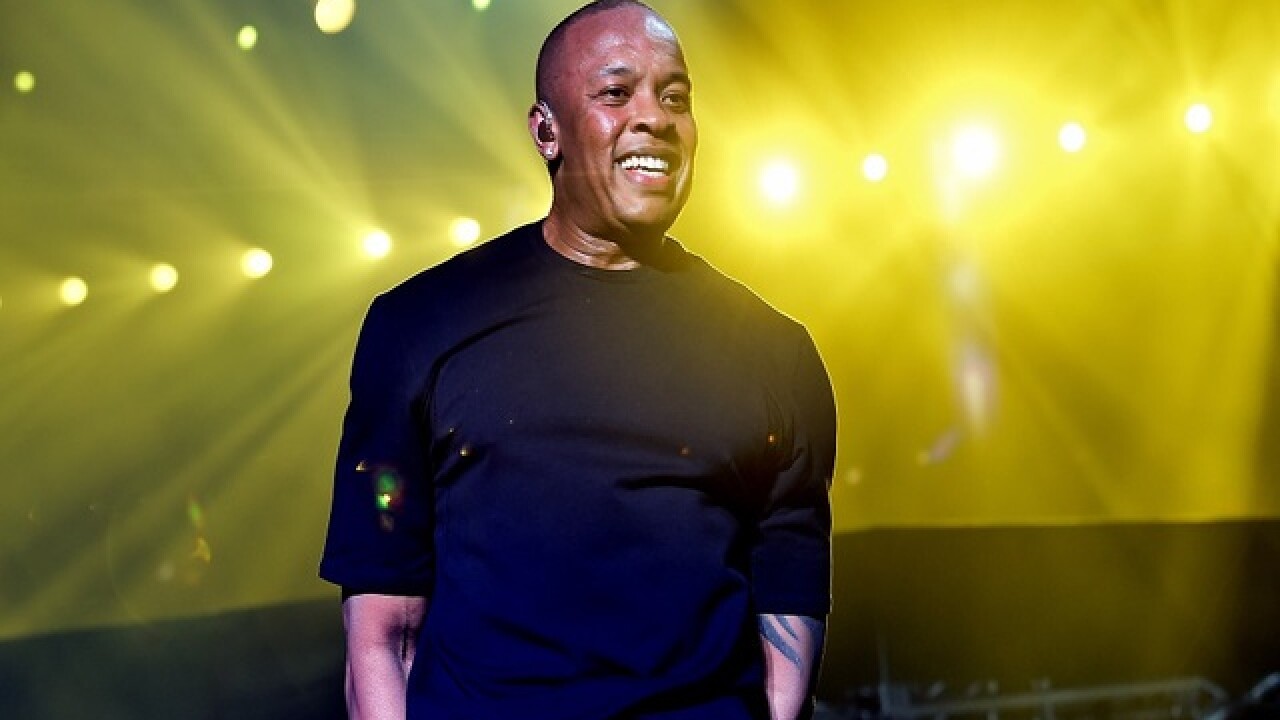 By: Associated Press
Posted at 5:48 PM, Jul 27, 2016
LOS ANGELES (AP) — Los Angeles prosecutors have declined to bring gun charges against rapper Dr. Dre.
A spokesman for the Los Angeles district attorney said Wednesday there was a lack of evidence that the record producer and entrepreneur had brandished a gun in public.
Sheriff's deputies had cited Dre for a misdemeanor after a man reported that Dre pointed a handgun at him and threatened him outside his Malibu home Monday.
Dre, whose real name is Andre Young, told sheriff's deputies he didn't have a gun and had only asked the man to move the car blocking his driveway.
Dre was briefly handcuffed, but no weapon was found. Prosecutors say there were no other witnesses, and there were discrepancies in the man's account.
The man then filed a citizen's arrest complaint.
Copyright 2016 The Associated Press. All rights reserved. This material may not be published, broadcast, rewritten or redistributed.