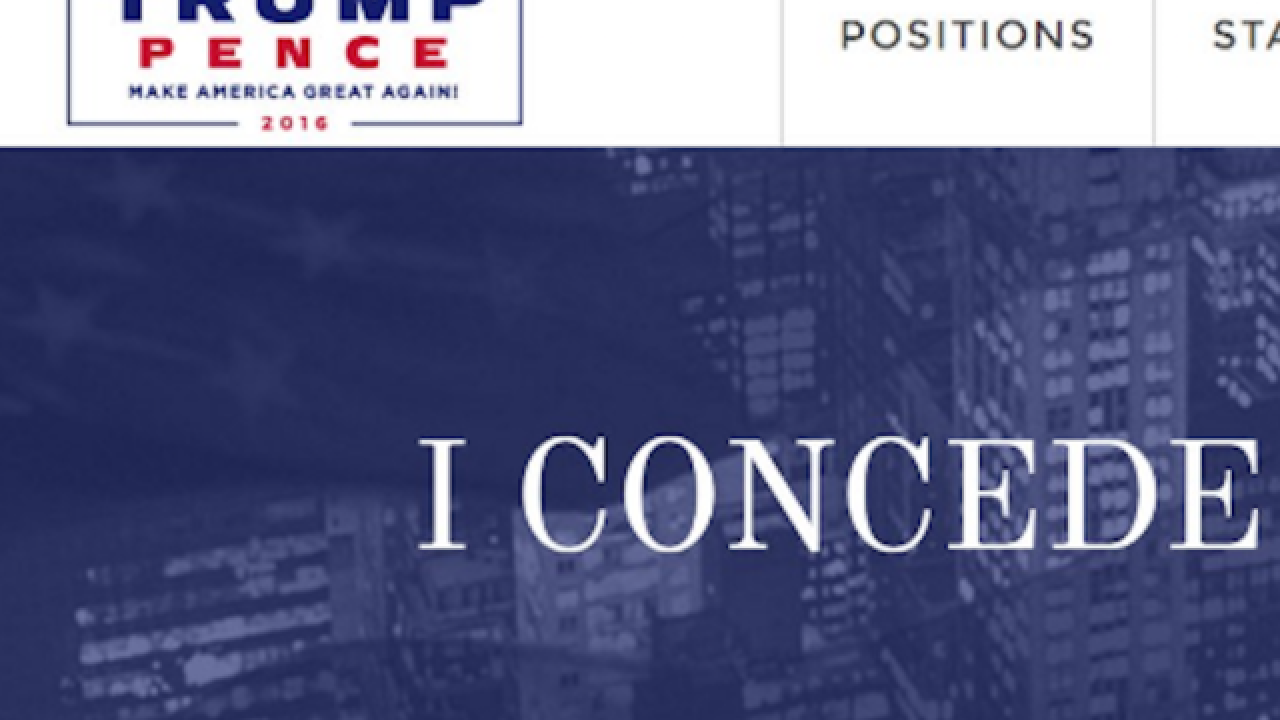 Donald Trump’s website was hacked by dozens of people on Election Day thanks to a strange quirk that allowed anyone with knowledge of coding to add text to the site.

Slate reports that a “poop emoji” appeared in a prominent spot on the Republican presidential nominee’s website late Tuesday afternoon. After a quick investigation, it was determined that the banner text on the site could be manipulated by changing the URL in any browser.

The internet ran while with the hack once it hit social media. Trump’s site was suddenly congratulating Hillary Clinton and quoting ‘80s rock song.

So it turns out you can change the URL on the Trump website to make your own banner https://t.co/VLKL3IIvM9 pic.twitter.com/4PEqI5xjVs

OMG TRUMP’S WEBSITE WAS HACKED BRIEFLY TO SAY HE DID HARAMBE https://t.co/iQw3ZT80mf pic.twitter.com/tspuuxNM3S

The Trump campaign has since removed the glitch from the website.