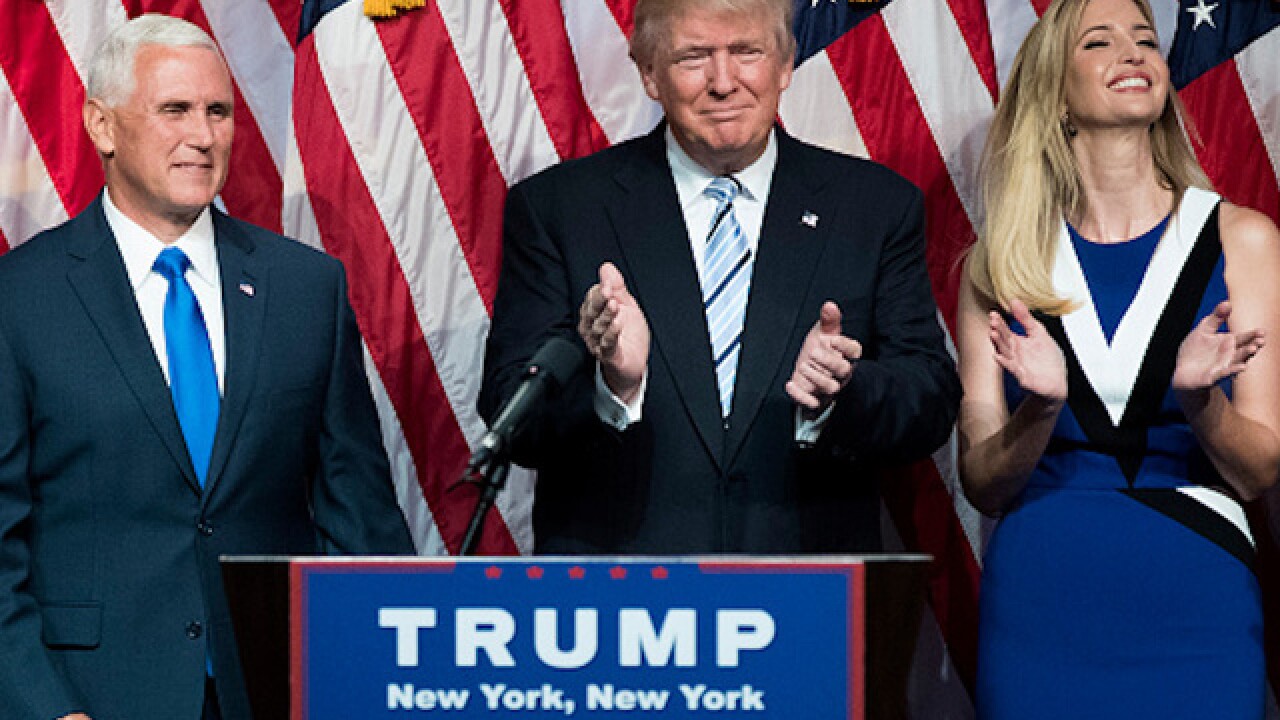 Trump has been climbing the Twitter charts recently, thanks in part to his frequent use of the social networking site. Sometime on Monday he surpassed the 20 million mark.

According to the measuring tool TwitterCounter, Trump is the 68th-most-followed user on the site, just behind Canadian singer Avril Lavigne and right ahead of Indian actor Aamir Khan.

Trump's aides had been keeping a close eye on the follower number, waiting for the account to reach 20 million.

The president-elect brings up his social media stats on a regular basis, adding up the users who follow him on Twitter, Facebook and Instagram to say he reaches 46 million people through the three sites.

The total, while impressive, is belied by the fact, like many social media users, Trump has some followers that are either robots (known as "bots") or dormant users who never see what he posts.

Trump's favored social network is Twitter, which he uses to respond to slights, disputes and news coverage. He has been called the first "Twitter president."

The actual first presidential user of Twitter, Barack Obama, has 80 million followers on his personal account and 13.5 million users on the White House's official @POTUS account.

Obama tweets irregularly, however. Trump is a daily user.

Shortly after election day, Trump told "60 Minutes" that he was going to be "very restrained" with Twitter once taking office.

But that's not the plan anymore.

In an interview with Germany's Bild and Britain's Sunday Times over the weekend, Trump said, "I thought I'd do less of it, but I'm covered so dishonestly by the press -- so dishonestly -- that I can put out Twitter -- and it's not 140, it's now 280 -- I can go bing bing bing... and they put it on and as soon as I tweet it out -- this morning on television, Fox -- 'Donald Trump, we have breaking news.'"

He indicated that he will continue to use his personal account rather than @POTUS.

Trump's use of the social networking site continues to be highly controversial -- leading to conversations in newsrooms about whether and how to cover the president-elect's tweets.

His 140-character comments and attacks provide real-time insight into what's on the mind of the president-elect.

But Trump's aides and surrogates sometimes walk back or even contradict what he says on the site.

On Sunday Trump used the site to criticize "Saturday Night Live," calling it "really bad television," and to accuse the outgoing CIA director John Brennan of possibly leaking embarrassing information about him.

Vanity Fair's Nick Bilton, who wrote a book about Twitter, recently reported that "Trump has become another headache" for the beleaguered business.

"Some in Silicon Valley have relayed to me that they wouldn't work at Twitter precisely because of the platform it has afforded the incoming president," he wrote. "Early employees at Twitter have also said to me that they regret being involved in a company that would become a vessel for an army of alt-right trolls."