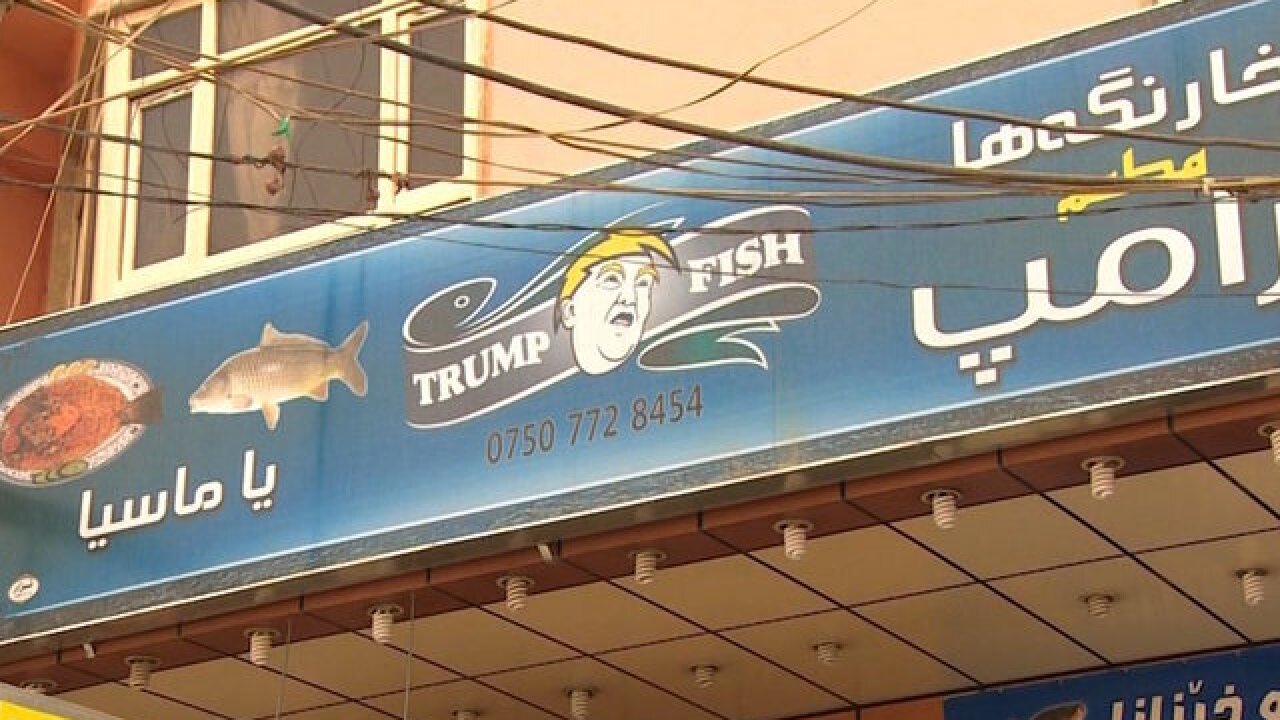 CNN
CNN
<p>Could he help make Iraqi Kurdistan great again? Some people here are so convinced he will that they are showing their love for Donald Trump in unusual ways.</p>

Some people here are so convinced he will that they are showing their love for Donald Trump in unusual ways.

One, Nadyar Zawiti, has jumped on the Trump train particularly enthusiastically, naming his fish restaurant in the northern Iraqi city of Dohuk after the US President-elect.

Zawiti heard Trump say during the campaign that he was a big fan of Kurdish forces, and called for the US to arm them in their fight against ISIS.

He's hoping the incoming president will make good on his promise -- so much so that he named his new restaurant Trump Fish.

"What I admire about Trump's personality," Zawite says, "is that he's decisive, he's tough, and hopefully with that toughness he'll finish ISIS off."

The restaurant's logo -- featuring San Diego Chargers-style lightning bolts where Trump's hair and eyebrows should be -- was taken from a 2015 Uproxx story that injected a Trump theme into the logo of every NFL team.

Nadyar shrugs off Trump's controversial pledge to ban all Muslims from entering the US as mere campaign rhetoric.

He even hopes to someday open a branch of Trump Fish near the White House -- if Trump will invite him in, that is.

He's not the only dedicated fan of the President-elect to be found in the region.

Of the unusual choice of moniker bestowed on the three-week-old, Jamil explained: "I called him Trump because he is charismatic and has clear policies and that's why he won the election."