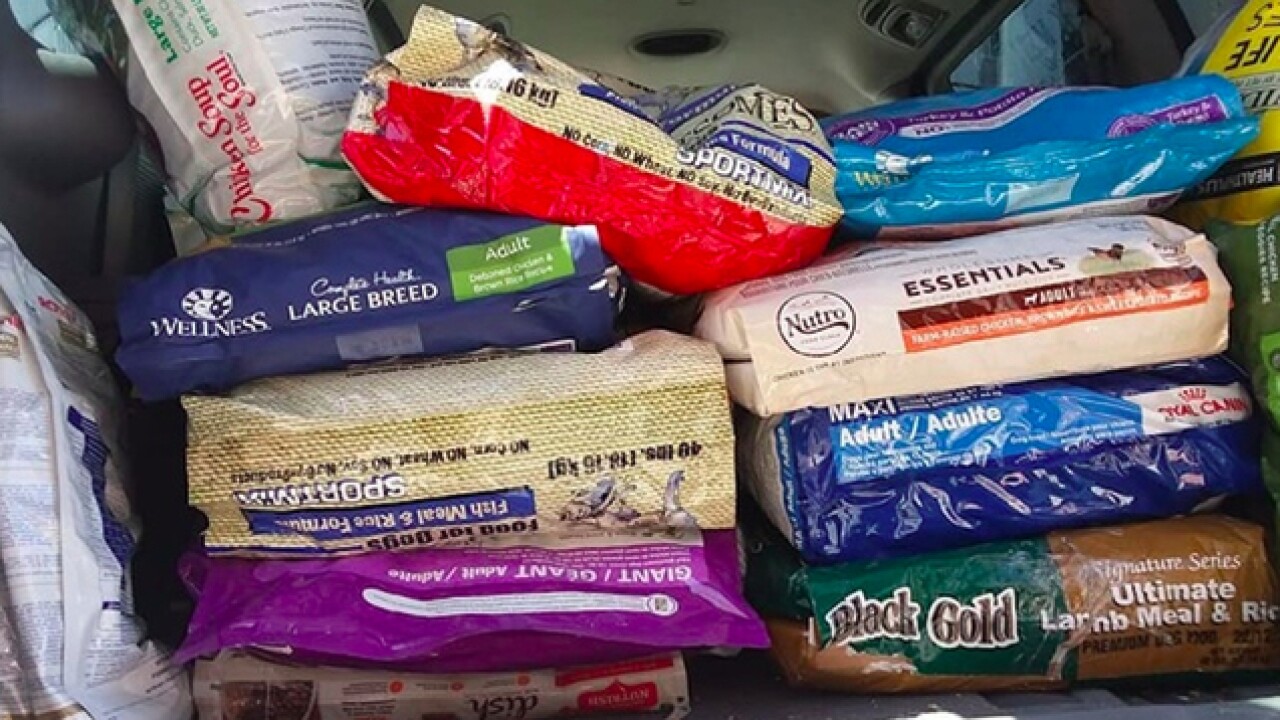 AMELIA, Ohio — For the first time in its five years of existence,  All Dogs Come From Heaven  will have to start saying, "No." It's not for lack of a desire to help -- the charity remains as dedicated to providing animal shelters with dog food and supplies as always.

It's just that there's nothing left to give.

The shelter suffered two burglaries in the span of weeks, owner Margaret Coplen said, leaving it bereft of an estimated $20,000 in dog food and supplies such as leashes. The most recent happened overnight Saturday.

"When we came into the building, every unopened bag of food had been taken," Coplen said. "Every dog bed, every crate, every bit of flea and tick medication, leashes, collars -- everything that was in new or retail condition."

The thieves left only torn bags and spilled food behind.

"I'm just beyond livid at this point," lawyer Lisa Rabanus said. "It's just unacceptable, as far as I'm concerned."

Both women believe they know who the thieves are. They want to give those people a brief chance to return the stolen supplies, "no questions asked," Coplen said.

In the meantime, anyone wishing to donate dog food or supplies to help All Dogs Come From Heaven recover can do so at the organization's Amelia adoption center or Milton Tavern.