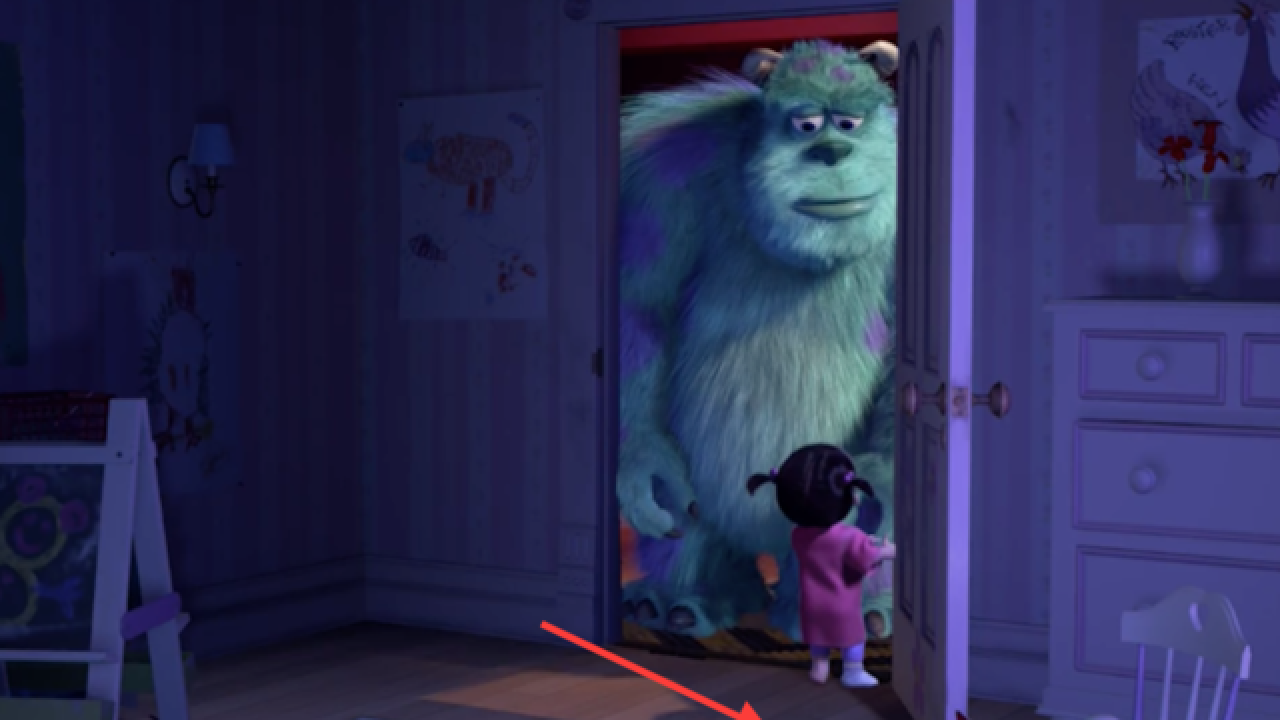 Disney/Pixar/Facebook
<p>A viral Facebook video shows connections between all Pixar movies, including this still from "Monsters, Inc," which includes a Jessie doll from "Toy Story 2" hidden in the frame.</p>

A video released online by Disney shows sly connections linking all of its Pixar movies together, dating all the way back to 1995's "Toy Story."

The clip, which clocks in at under 3 minutes, is a fun watch for Pixar fanatics.

The video, called "Pixar Easter Eggs" — a reference to the hidden nature of the links — has been watched more than 7 million times since being posted to the "Toy Story" Facebook page on Sunday, according to Facebook.

Some of the best nods include Nemo ("Finding Nemo") and Jessie ("Toy Story 2") visible in a scene from "Monsters, Inc.," and a nod to "Ratatouille" in "Cars 2."

The video goes on to visually link every Pixar film, including the studio's first two films, "Toy Story" and "A Bug's Life," showing its animators had this planned from the start.

Watch the video below.